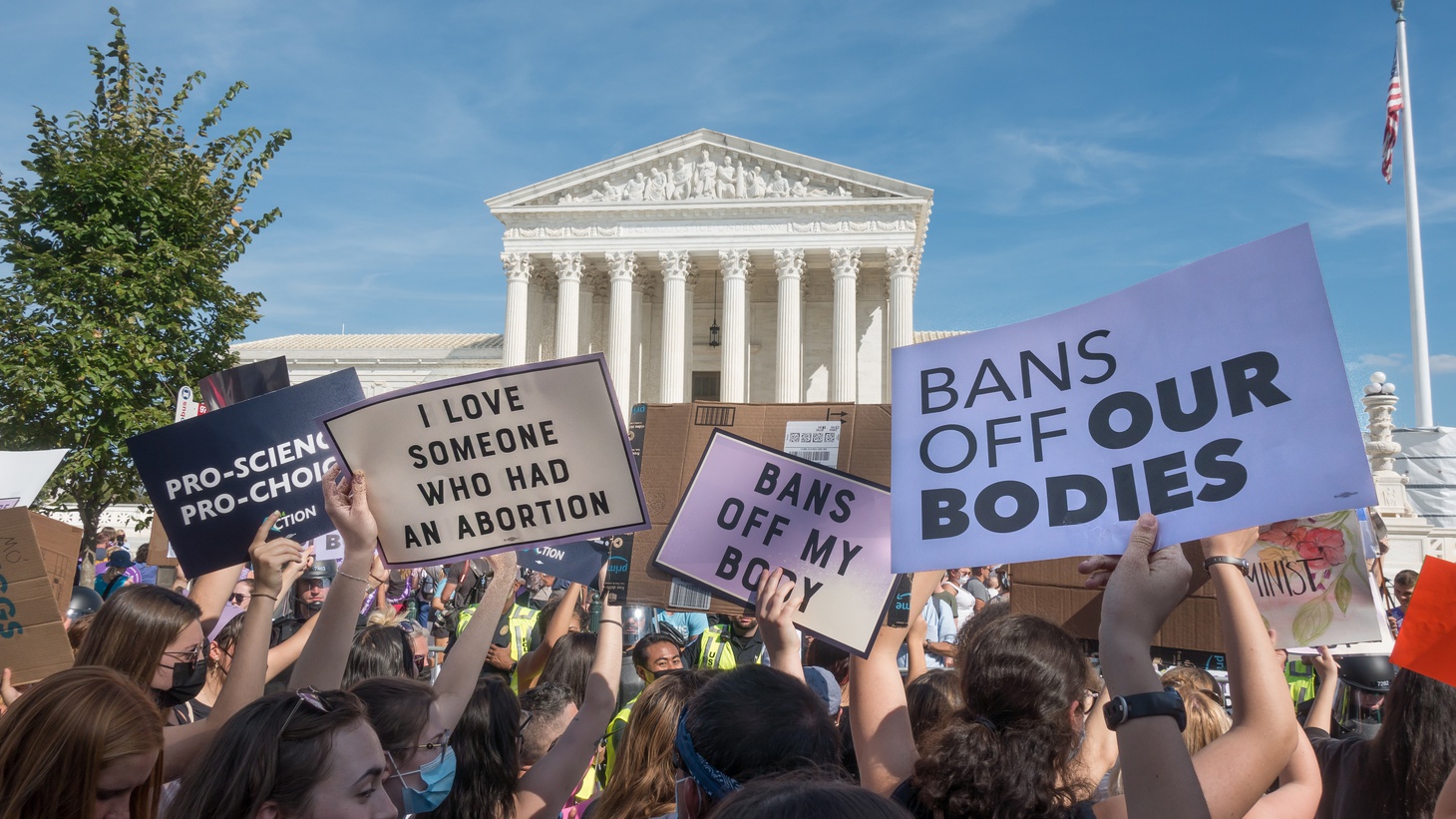 “People call themselves community providers, and some of them are doulas, some of them are midwives. And because it's so hard to get abortions in many parts of the U.S., there have been people doing this work for a while. They are just now preparing to ramp up,” says Jessica Bruder, who recently covered the underground abortion network. Photo by Shutterstock.

Oklahoma lawmakers this week passed a bill that would ban almost all abortions. If Republican Governor J. Kevin Stitt signs it, anyone who performs the procedure in the state could face up to 10 years in prison and up to $100,000 in fines. Oklahoma’s bill is unconstitutional under the precedent set in the landmark 1970s Supreme Court case Roe v. Wade, which guarantees the right to an abortion.

The Supreme Court is expected to gut or overturn the landmark case entirely. In anticipation, abortions rights activists nationwide are quietly preparing to help people obtain the procedure. KCRW talks to journalist Jessica Bruder who recently reported on the covert network. She’s best known as the author of “Nomadland,” the book that inspired the Academy Award-winning film of the same name.

Bruder says that many places in America are already existing in a post-Roe v. Wade world. And since the case’s 1971 verdict, at least 1300 abortion restrictions have been passed by indivudal states.

“It's already the future in a lot of America. For the rest of America, it will really reshape the map in terms of reproductive health,” Bruder tells KCRW. “We'll see a lot of traveling among people who can afford to travel, and otherwise a lot of moving around of resources.”

Barriers to abortion have already pushed people to get creative in how they access medical care. Bruder spoke with one California activist who mailed abortion pills to a pregnant, 13-year-old girl in Texas. She also connected with Mexican activists who are exploring ways to get pills to American women.

Using tools of the past to get an abortion

Some activists are teaching folks how to perform techniques that were often used when abortion was illegal prior to Roe v. Wade’s passage.

That includes manual vacuum aspiration, the early-pregnancy procedure where pregnancy tissue in the uterus is removed using a 1970s-era device called a Del Em.

The Del Em’s design is an improved version of a Karman cannula, invented by illegal abortion clinic owner Harvey Karman.

“Women watched him work and ended up adapting his technology using the cannula, but also using a one-way valve to prevent backflow, a mason jar as a collection vessel [with] aquarium tubing, [and] basically replicating and attempting to improve on what he was doing in these non-traumatic abortions that only took a few minutes,” she explains. “[They] were known at the time as lunch-hour abortions because people could go back to what they were doing.”

The procedure isn’t a one-person job. Bruder says that a group of people who are comfortable with one another is needed to pull it off.

“Good luck inserting your own cannula. That's something that I'm sure somebody who's very flexible could do, but most people could not. And the idea was to have people there, both for emotional support and to help physically. And that the woman would actually create the suction [by] drawing back the plunger of a syringe herself,” she notes.

Bruder points out that misconceptions about underground abortions exist. She references the coat hanger abortion, a highly invasive method to terminate a pregnancy.

“There have always been people who, despite all the dodgy methods and problems out there, have found a way to give people abortions non-traumatically,” she says. “To me, was a bit of a brain-breaker because it busted apart a paradigm that I'd been taught for a very long time.”

Abortion rights activists are sending medications across state borders, such as mifepristone and misoprostol. And although there are some safety concerns with taking the pill, Bruder says that doctors are still doing the bulk of prescribing the medicines.

“I think the concern among activists is just to have an array of choices out there. There are some women who have contraindications with the pill and can't use it [and] people with bleeding disorders, [but] I think people are just trying to keep as many tools on the table as they can.”

Bruder adds that misoprostol is actually a common medication used in the U.S. to treat stomach ulcers, while mifepristone is a French birth control pill typically costs more than $100 each and is tightly regulated.

The risk of providing abortion help

There are risks associated with facilitating abortions, such as in Texas, where private citizens can be sued if they provide assistance to people who need the treatment. As a result, Bruder says folks are preparing for the worst. That includes the nonprofit Abortion Deliver. It’s planning to deploy mobile abortion vans.

“They've bulletproofed two of them. And they're going to be just outside the Texas borders. So people are already working on ways to get through the system,” Bruder says. “They would stay on the right side of the law and the border, and provide abortions to cut the distance that women in Texas would have to travel to get to a clinic.”

Some states are preparing for an influx of travelers seeking an abortion, such as California, New York, and Illinois. But Bruder says it will be challenging to meet the projected demand.

“Funds … to help people get to abortions … are already overtaxed trying to help underserved people. There are about 90 of them in the U.S. So it's going to be a stretch, but I know that these states want to make themselves abortion sanctuaries of sorts.”

It’s still unclear how many people might travel for an abortion, but Bruder says that reproductive rights activists got a preview of what’s to come after the Texas ban.

“There was this huge diaspora. Neighboring states were so clogged with Texas abortion patients that they couldn't serve their own residents, who then had to go elsewhere. What I didn't know before reporting is that about one of 10 women of reproductive age actually lives in Texas.”