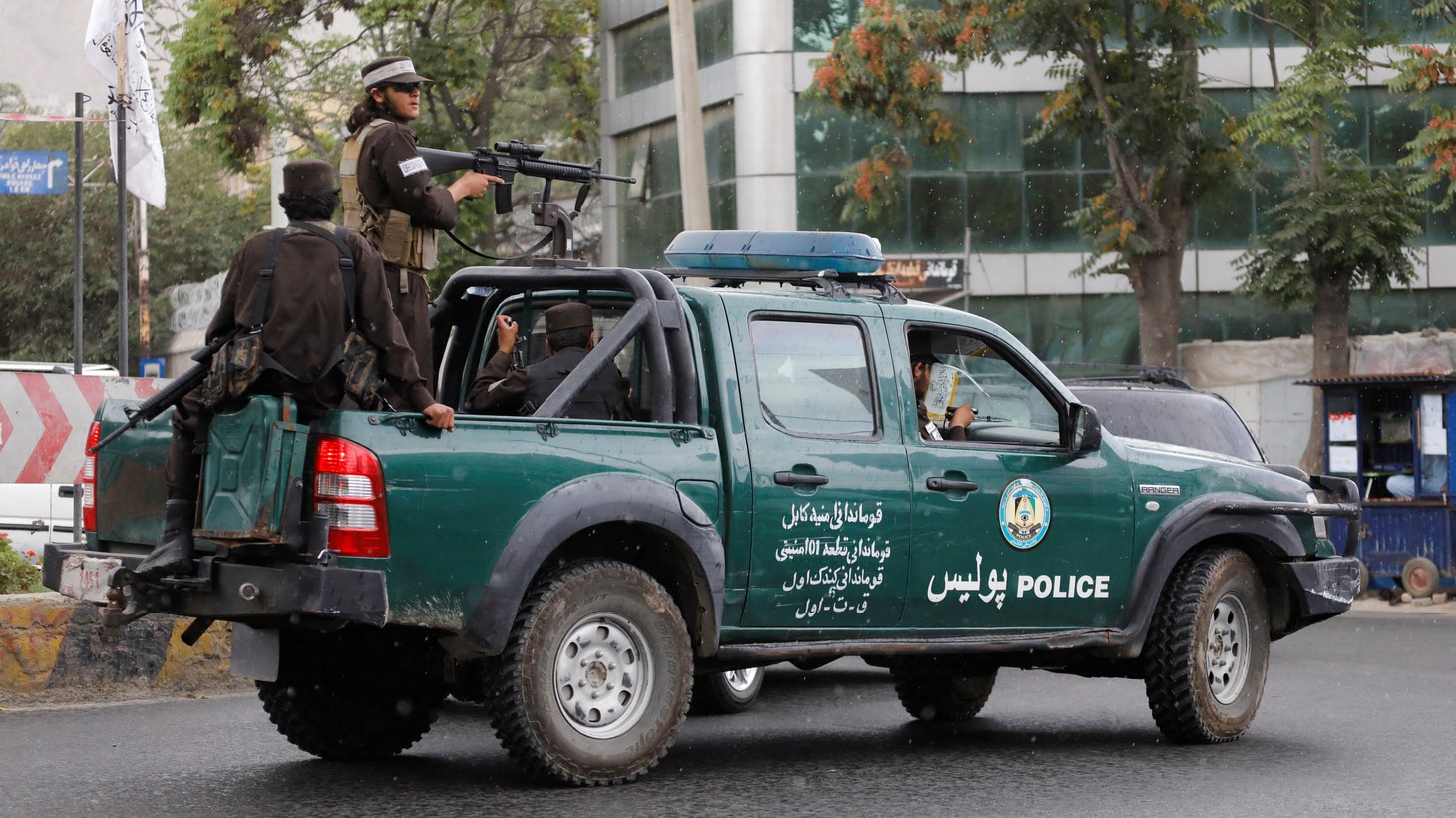 Taliban fighters drive a car following the killing of al-Qaeda leader Ayman al-Zawahiri in a U.S. strike over the weekend, in Kabul, Afghanistan, August 2, 2022. Photo by REUTERS/Ali Khara.

President Biden on Monday night announced the death of Ayman al-Zawahiri, who became al-Qaeda’s leader after Osama bin Laden died in 2011. Al-Zawahiri was an Army surgeon in Egypt before becoming bin Laden’s second in command. He helped organize the September 11 attacks, the 1998 embassy bombings in Kenya and Tanzania, and the attack on the USS Cole. But al-Qaeda lost power and influence under his leadership.

Al-Zawahiri was killed last weekend in Kabul, Afghanistan, by a U.S. drone strike. The administration said he was the only death from the strike. Biden said that no family members or other civilians were hurt.

“Taking out Al-Zawahiri is another big one for the good guys in my book,” says Katherine Zimmerman, fellow at the American Enterprise Institute who focuses on counterterrorism. “But … it's not going to be the end of this organization, especially when you look beyond Afghanistan at what al-Qaeda is doing in places like Africa.”

The extremist organization is expanding in western and eastern Africa and elsewhere in the world, where they’re changing how Muslims live their lives, she says. However, its ability to conduct ​global terrorism and target the West is much weaker today compared to 9/11, especially since the U.S. has spent 21 years on concerted counterterrorism efforts.

Al-Qaeda does — and doesn’t — need one key leader like al-Zawahiri, Zimmerman says.

“There is something to say for what the key leader brings — the direction and the strategic guidance that al-Zawahiri gave to the organization over the past 11 years. One of his key documents was in 2013, where he literally issued guidance for jihad that almost all of the affiliates subscribe to when you look at their day-to-day activities.”

But al-Qaeda members can plan specific attacks on their own, she suggests. She cites an example from a few years ago, when al-Qaeda affiliates in Somalia tried conducting a 9/11-style attack. They trained individuals to fly an airplane, but it was interdicted in the Philippines. “That was a Somali group that had transnational reach to try to kill Americans.”

In the end, Zimmerman gives the reminder that the U.S. may still be missing intelligence. “Unlike the raid that killed bin Laden, we didn't have people on the ground to get the intelligence from his [al-Zawahiri’s] house, so that we don't know what else was happening within al-Qaeda.”