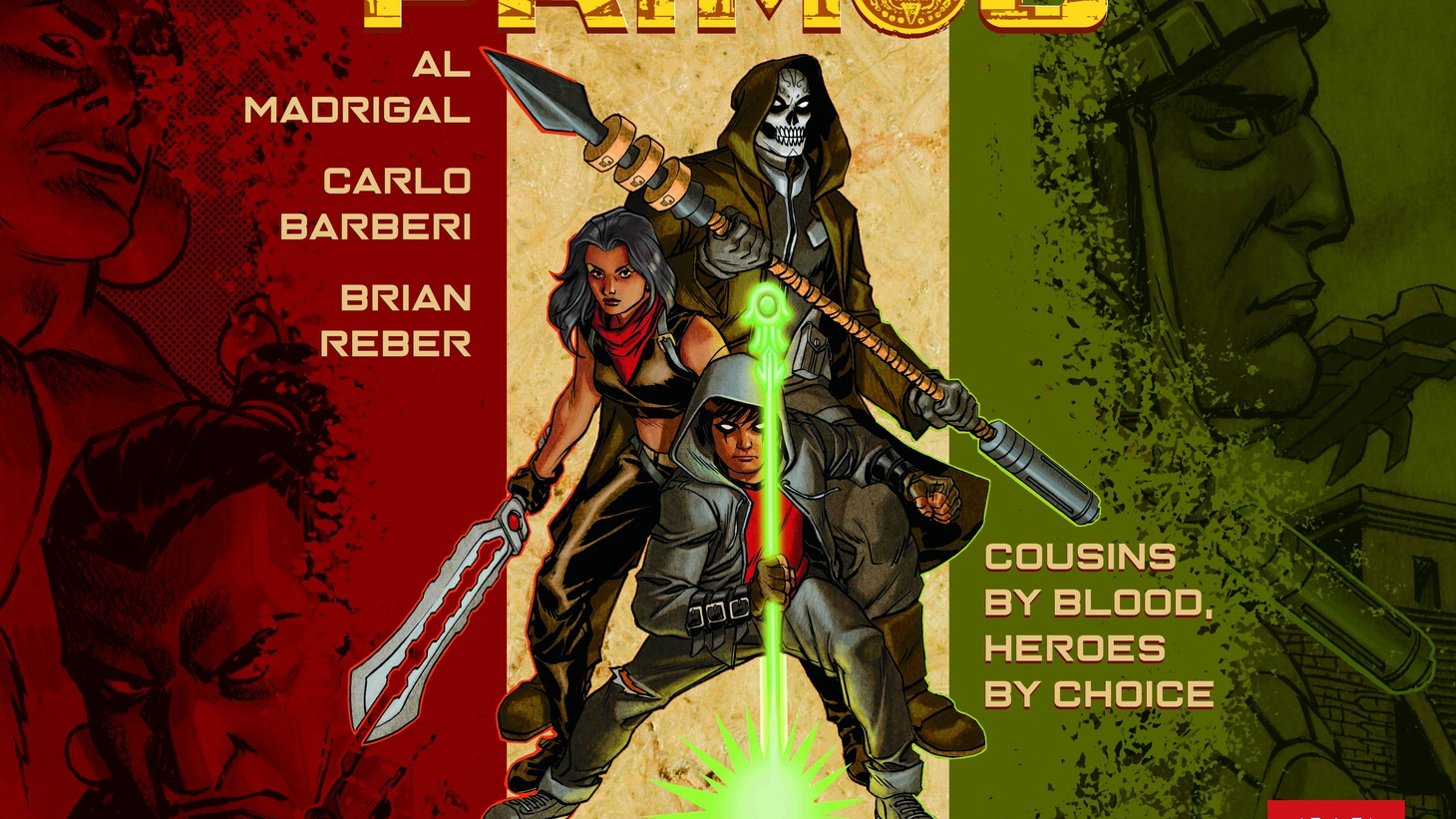 A new comic book series is putting Latino characters in the lead. “Primos” follows three Mexican American cousins of Mayan heritage who come together to save the world from evil. Set between Mexico and Los Angeles, it was created by actor and comedian Al Madrigal, former correspondent for “The Daily Show.”

Although he didn’t grow up as a comics aficionado, Madrigal says he dabbled in the literature. As a high school student, he visited a local comic book shop and got his hands on whatever he could, such as “West Coast Avengers.” Later, when he joined “The Daily Show,” he started reading graphic novels, including “The Walking Dead” and “Goon.”

Madrigal says he came up with the idea for “Primos” after meeting Axel Alonso (the former editor-in-chief of Marvel Comics) on a podcast called “Comic Book Club Live.” Bonding over their heritage and upbringings, , they realized there was a lack of Latino superheroes in comics.

“Primos” follows Ricky Pascal, a high school student from Boyle Heights, who likes to party. That is until he takes some drugs, has a vision, and rushes home to take care of his brother. There he finds his long-lost uncle, who is a Mayan emperor and a sorcerer. Pascal discovers that he’s the next in line to become a protector of the world and must save it. 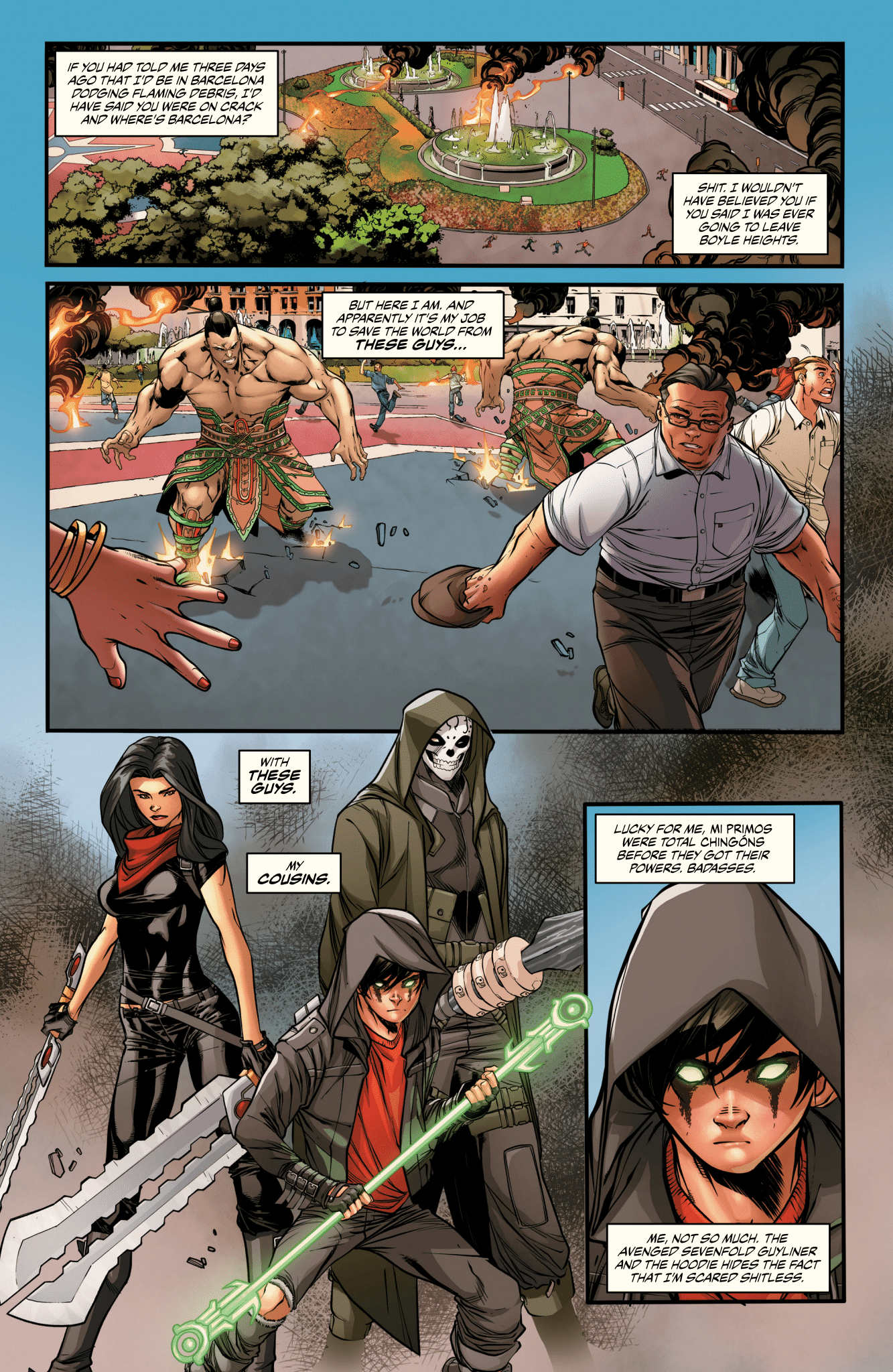 In “Primos,” Ricky admits that his hoodie hides the fact that he’s scared, while his cousins are courageous. Courtesy of AWA. Writer: Al Madrigal. Artist: Carlo Barberi.

While building the world of “Primos,” Madrigal drew inspiration from the historical Mayan figures he researched.

“It all comes back down to DNA and ancestry. I was lucky enough to stumble upon Mayan Emperor Kʼinich Janaab’ Pakal … who's supposedly a descendant of The First Mother,” Madrigal explains. “I put this 17-year-old Boyle Heights kid in that line. And now he's got all this responsibility. He can't even barely take care of himself, let alone others.” 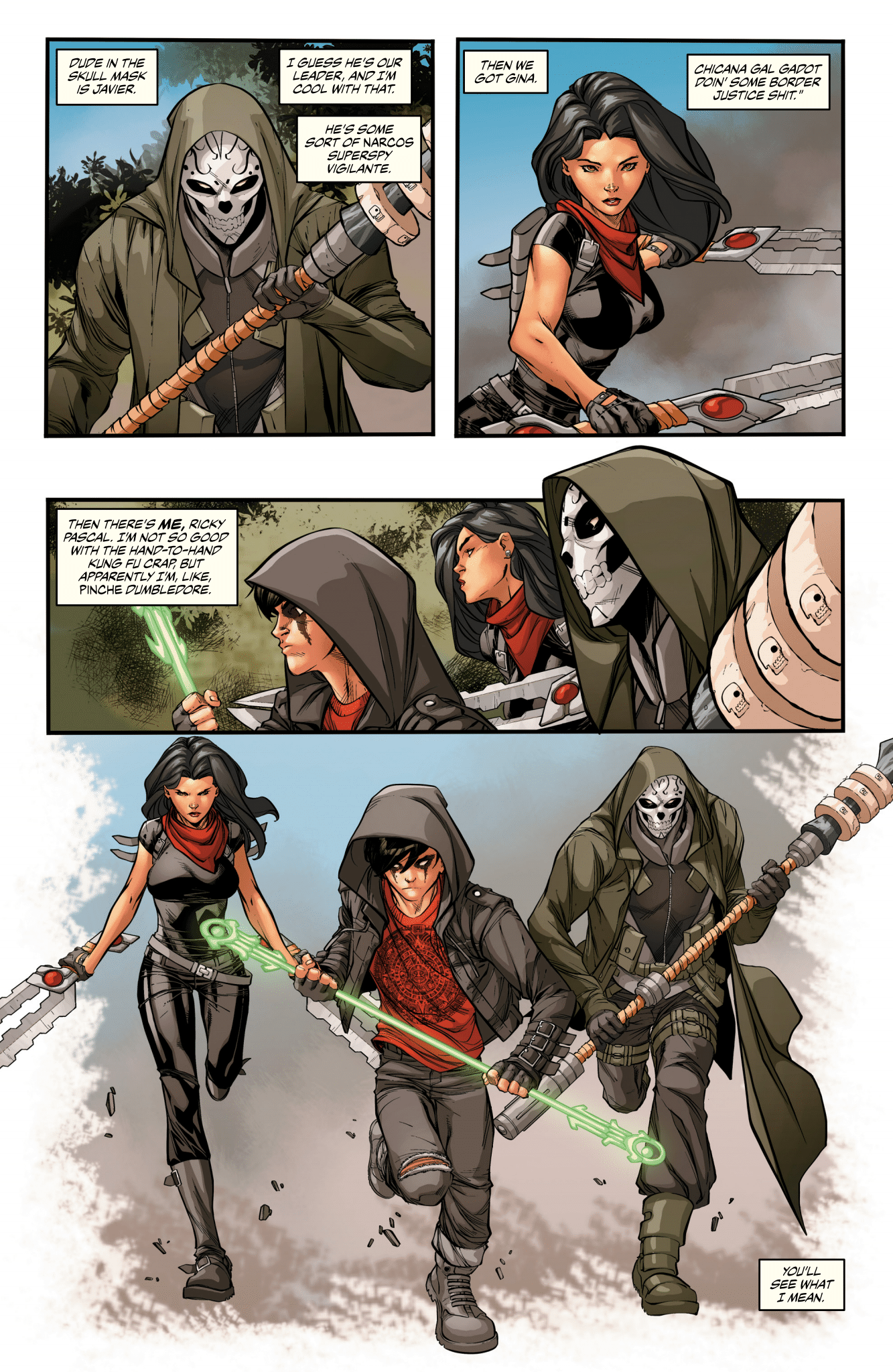 Diversity “needs to be done”

Madrigal says comics’ lack of diversity is partly due to who created the characters and when. He hopes young Latino kids see themselves represented in “Primos.”

“It's the same thing with everything. All these characters were created in the late 1950s, early 1960s. And they were all white guys,” he says. “The main purpose I'm doing this is because it needs to be done. You see it with TV. [Latinos make up] 20% of the population and 5% of the characters in film and television. Comic books are worse. There's no Latino superheroes. Somebody had to.” 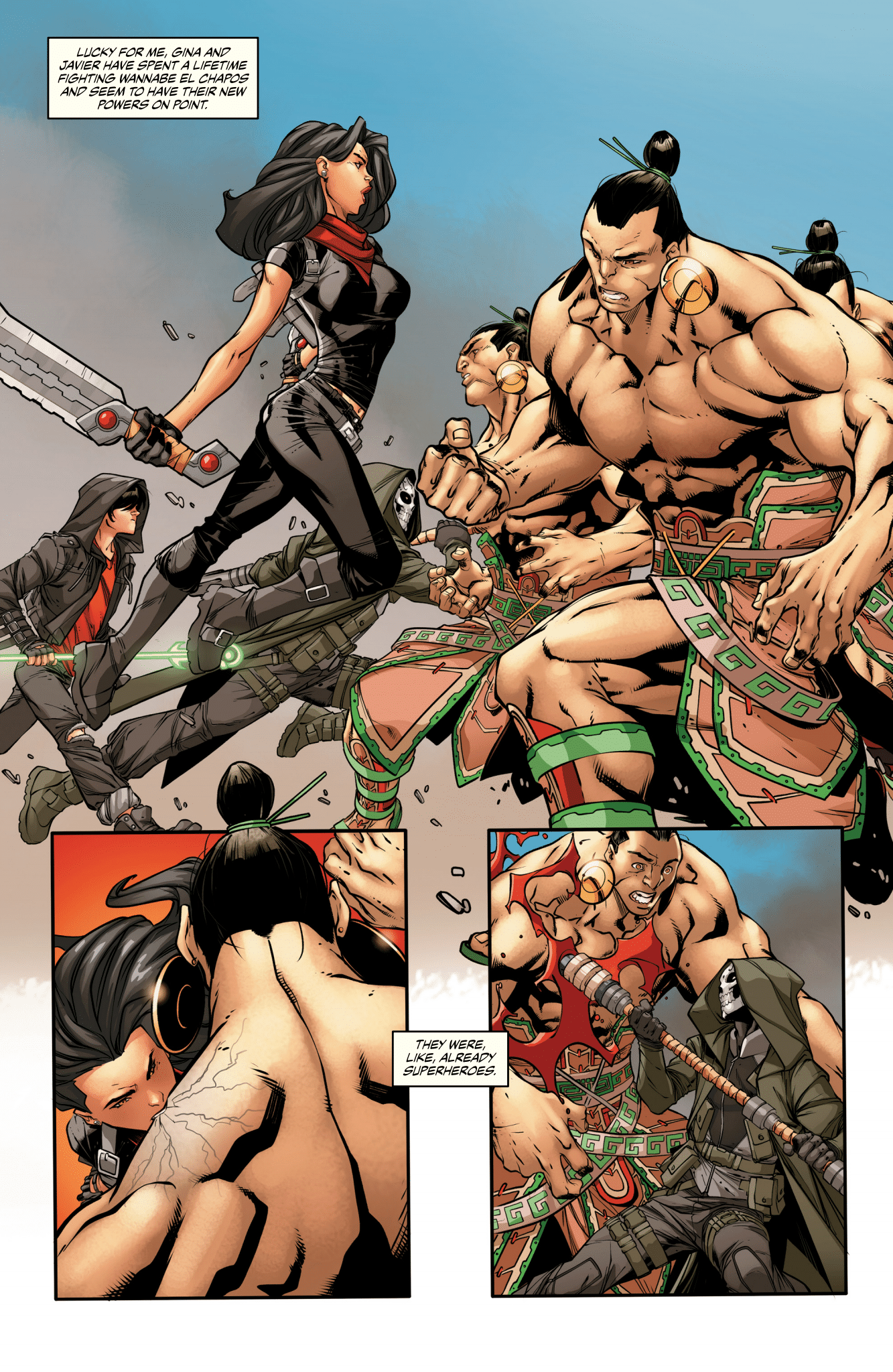 “Lucky for me, Gina and Javier have spent a lifetime fighting wannabe El Chapos and seem to have their new powers on point,” Ricky says in “Primos.” Courtesy of AWA. Writer: Al Madrigal. Artist: Carlo Barberi. 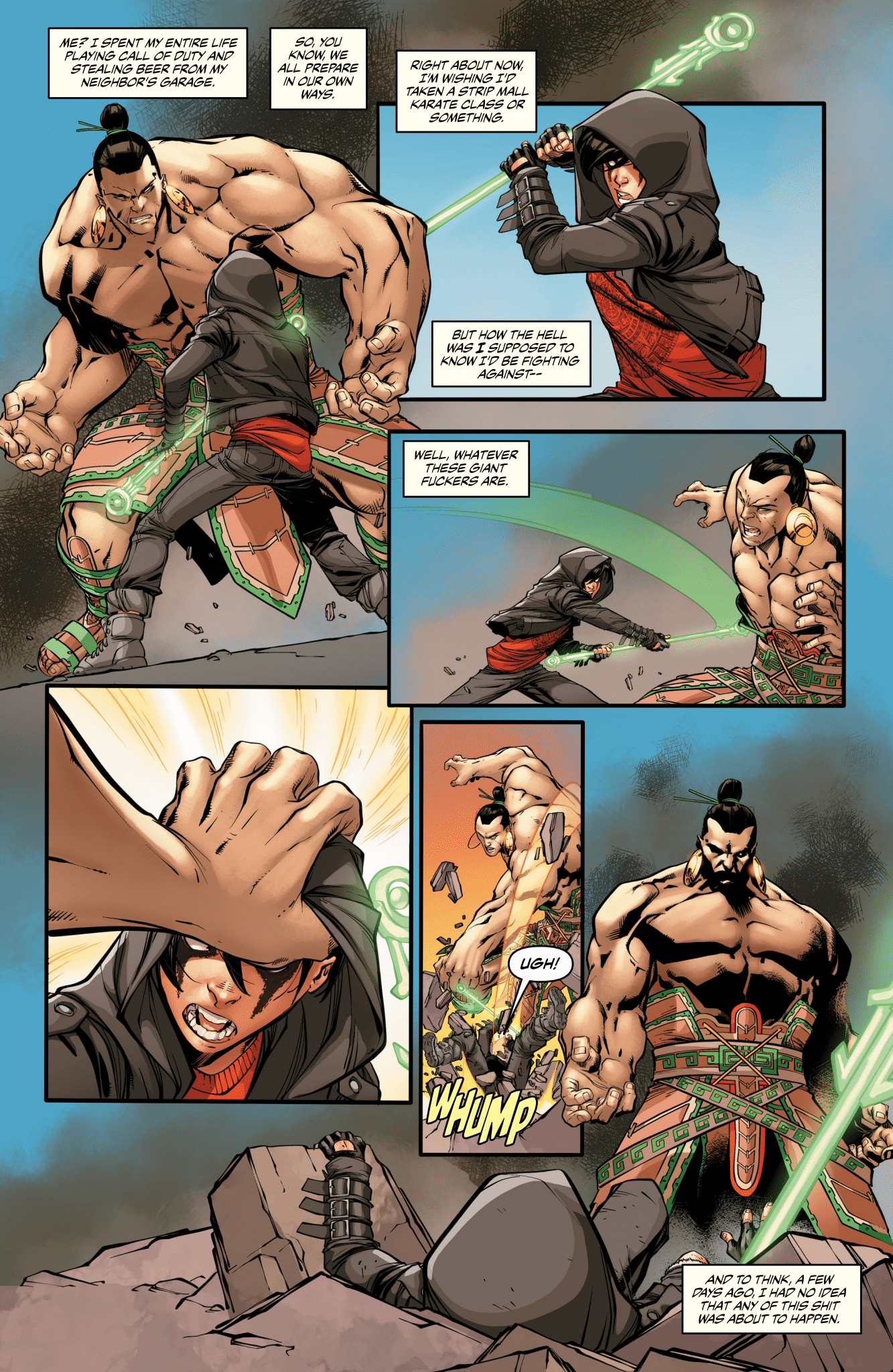 “I spent my entire life playing Call of Duty and stealing beer from my neighbor’s garage. So, you know, we all prepare in our own ways,” Ricky says in “Primos.” Courtesy of AWA. Writer: Al Madrigal. Artist: Carlo Barberi.

When writing Latino-driven narratives, Madrigal says they should resonate with a broad audience, otherwise they won’t advance. He uses the example of a show he pitched to a Puerto Rican executive when he first got into Hollywood.

“The guy said, ‘Well, that's not my experience. So I really don't identify with this at all.’ Even when you think you have what you think is the right advocate in place, it's hard. [Especially] when we can't even figure out what to call each other. You expect other people to know.”

Madrigal says he’s working on getting a show on the air. Most recently, his show “Guerrillas” was set to air on ABC, but it’s now dead there, and he’s trying to find a new home for it. 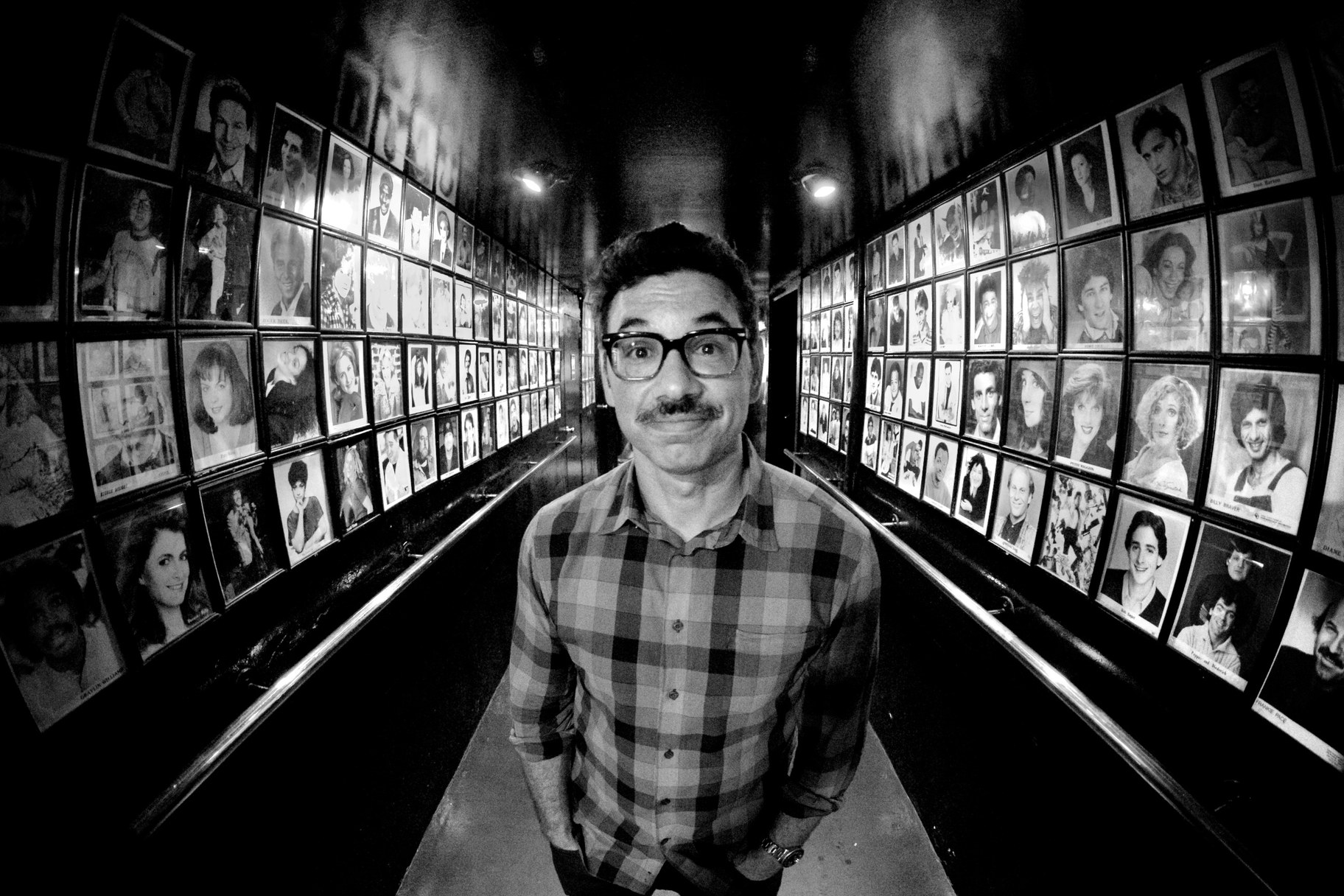 “[Latinos make up] 20% of the population and 5% of the characters in film and television. Comic books are worse. There's no Latino superheroes. Somebody had to [create them],” says Al Madrigal. Credit: Troy Conrad.