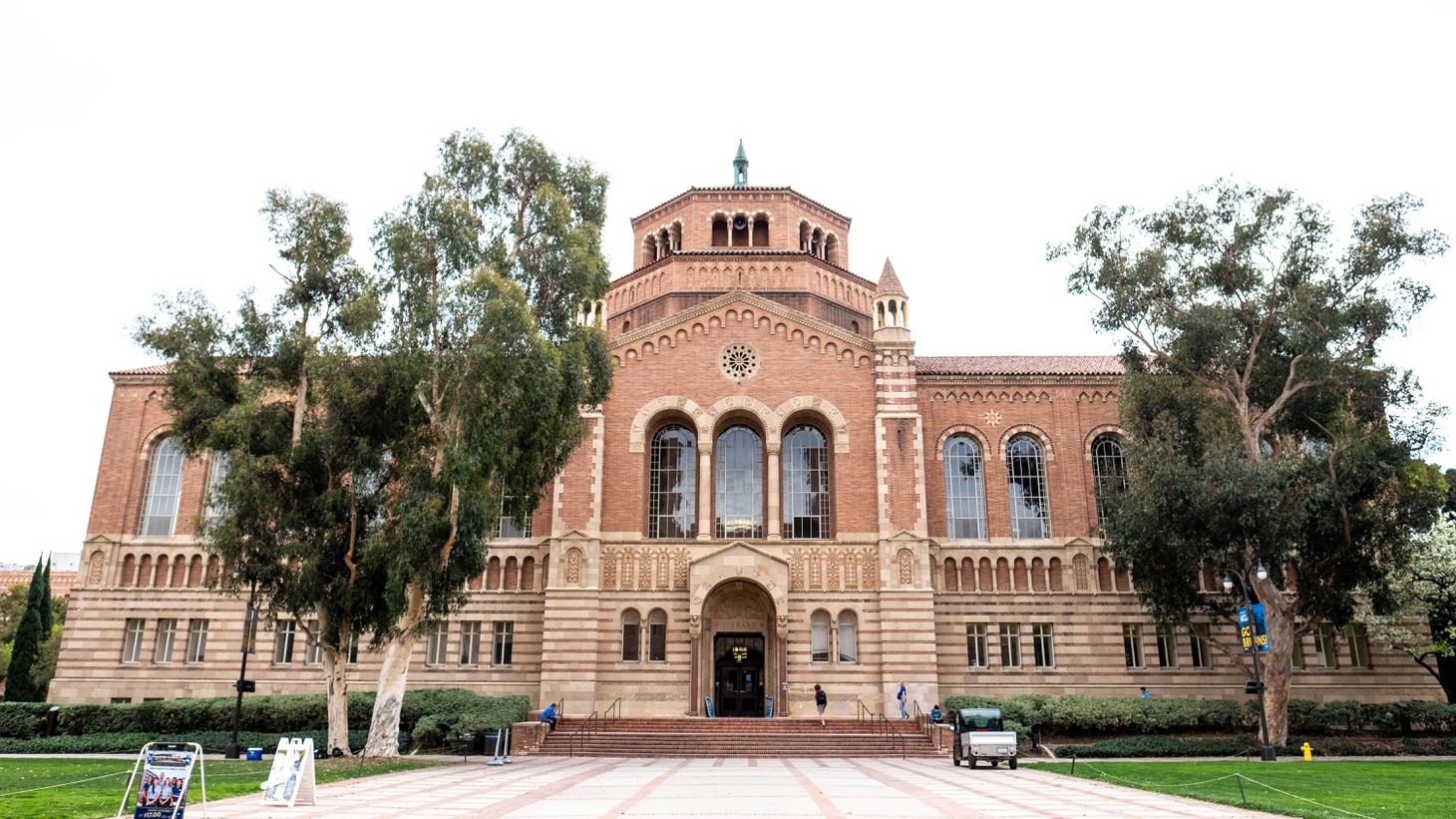 Powell Library sits on the campus of UCLA in Westwood, CA. “The very high-end schools … will continue to be very difficult to get into. … The demand for them is not going to decline anytime soon,” says Doug Belkin, higher education reporter for the Wall Street Journal. Photo by Amy Ta/KCRW

College-bound high school seniors have until Sunday, May 1 to commit to their schools for next year. This has been a record year for both applications to elite institutions — plus rejection letters.

More students likely applied because several schools nationwide stopped requiring the SATs and ACTs, so they hoped their grades alone would carry them through, explains Doug Belkin, higher education reporter for the Wall Street Journal. Plus, international students came back, and spots were taken by students who deferred last year — during the coronavirus pandemic — because they didn’t want to take online courses.

Without the requirement of ACT/SAT scores, he says college admissions staff placed more emphasis on grade point averages, curriculum rigor, extracurricular activities, and diversity. “The buckets that you fall into in terms of your demography were also weighted heavily this year.”

He gives one example of Kaitlyn Younger, who got rejected from all elite schools she applied to: Stanford, Harvard, Yale, Brown, Cornell, Penn, USC, Berkeley, and Northwestern. He says she started studying algebra when she was in third grade, scored high on her advanced placement exams, scored in the top 1% on the SAT, and had a very high GPA.

“But she came from a — the admissions folks call them buckets — she was a white woman from a public high school in Texas who wanted to study business, and so each of those characteristics placed her in a really large bucket. … Schools generally tried to take a certain amount of kids from each of these buckets so that they have a diverse class. … All of those things made it very difficult for her to get in because each of those buckets is large and competitive.”

In the end, Younger accepted a scholarship to Arizona State University’s business program for this fall.

“She's excited to put this chapter behind her. She worked very hard and was deeply disappointed that she didn't get into any of these other elite schools, but she'll graduate without any debt. And that's a big deal,” Belkin says. “And her parents are emphasizing that they think that graduate school is even more important.”

Belkin points out that you can get a quality education almost anywhere, but often 17-year-olds want a brand name on their diploma if their families are going to pay so much money and they’ll go into debt.

However, he says the four-year degree is losing its reputation as the end-all-be-all, and the labor market now has more entryways.

“You can get a credential from Google, you can get a credential from Microsoft. There are more apprenticeships now that the federal government is sponsoring. … The schools themselves are beginning to focus more on helping kids get jobs afterwards. … The very high-end schools … will continue to be very difficult to get into. … The demand for them is not going to decline anytime soon.”