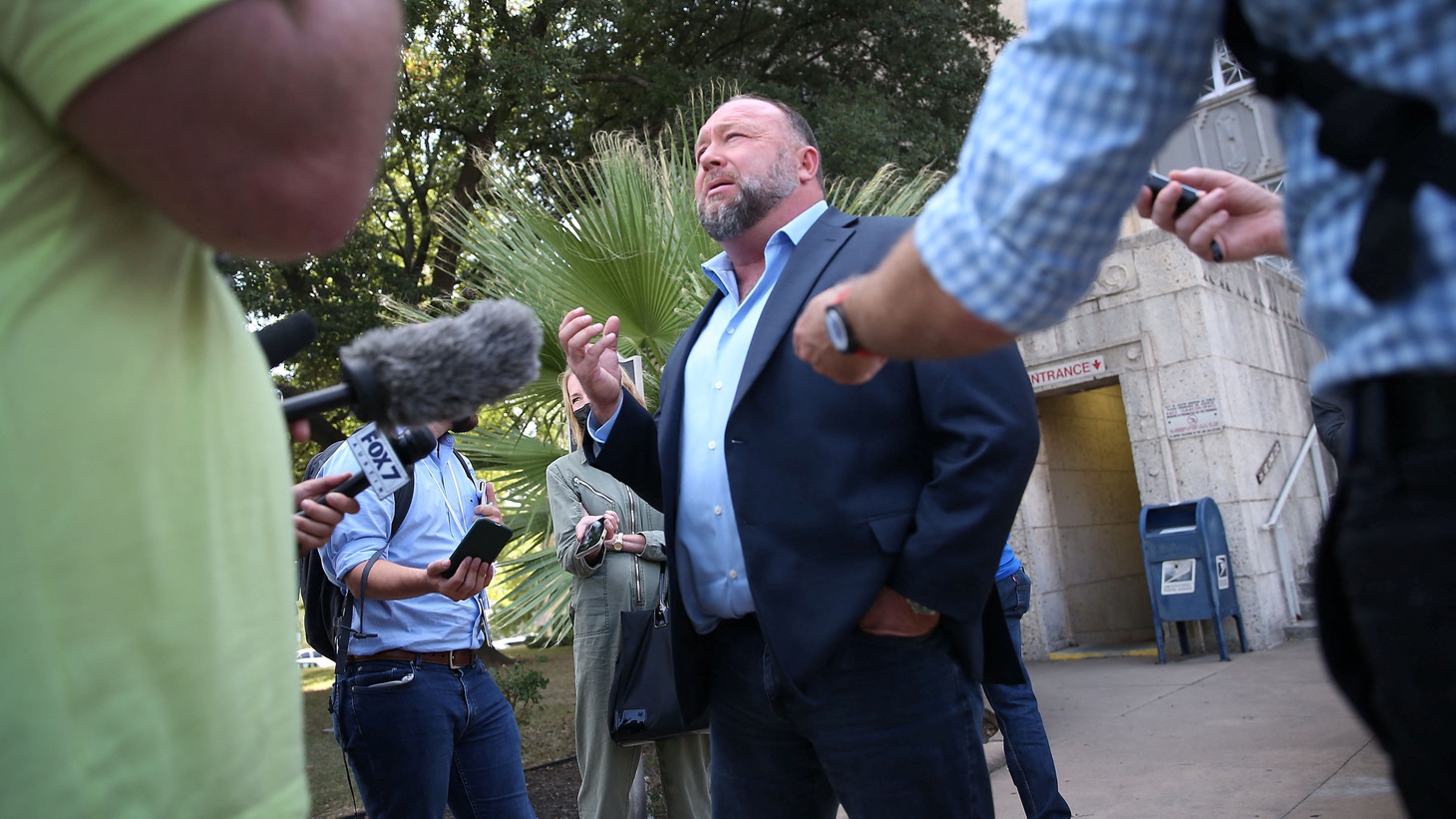 Alex Jones steps outside of the Travis County Courthouse to speak with media after he was questioned under oath about text messages and emails by lawyer Mark Bankston, in Austin, Texas, U.S. August 3, 2022. Credit: Briana Sanchez/Pool via REUTERS.

A Texas court has ordered Infowars founder Alex Jones to pay nearly $50 million to a family whose child was killed in the Sandy Hook school shooting 10 years ago. Now he faces two more similar trials with other families.

Twenty young kids and six staffers were gunned down at the Connecticut elementary school in 2012, but for years, Jones told his followers that it was a hoax, and that the parents were actors. KCRW looks at what happens next for the Sandy Hook families and conspiracy culture.

Guest: Elizabeth Williamson, feature writer for The New York Times, author of “Sandy Hook: An American Tragedy and the Battle for Truth”