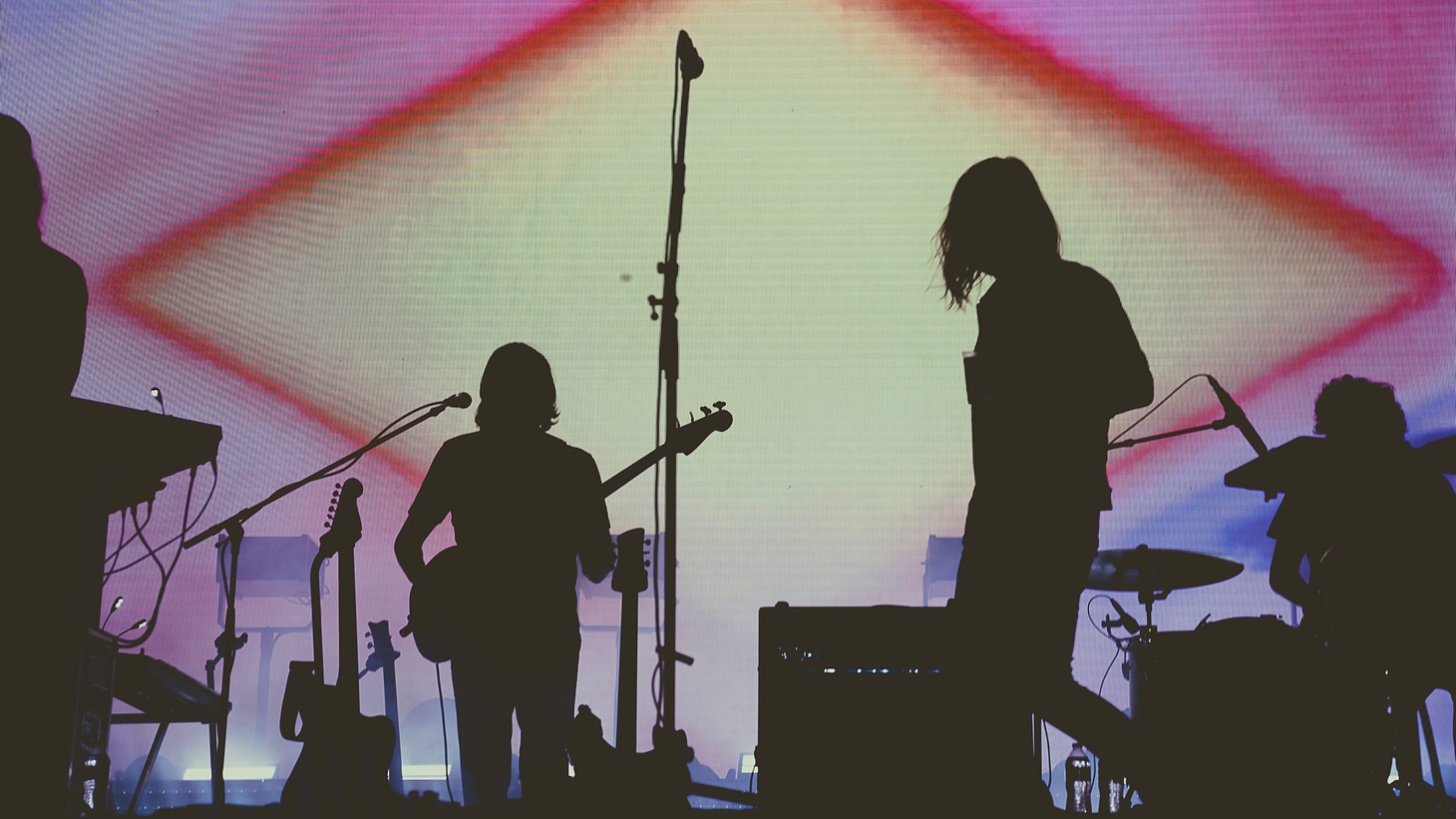 This year, Tame Impala (pictured here in 2014) will celebrate the tenth year of their album “Lonerism” at Desert Daze. Photo courtesy of Desert Daze.

If you missed Coachella, don’t fret. There are more music festivals on the horizon. KCRW producer and DJ Tyler Boudreaux says it’s all about finding the right show for you because “environment really creates the vibe and the synergy.” And, she says, there’s a show for everyone – people who want to be seen and people who just want to enjoy the music.

This Ain't No Picnic
When: Aug. 27 - 28
Where: Pasadena
Headliners: LCD Soundsystem, The Strokes 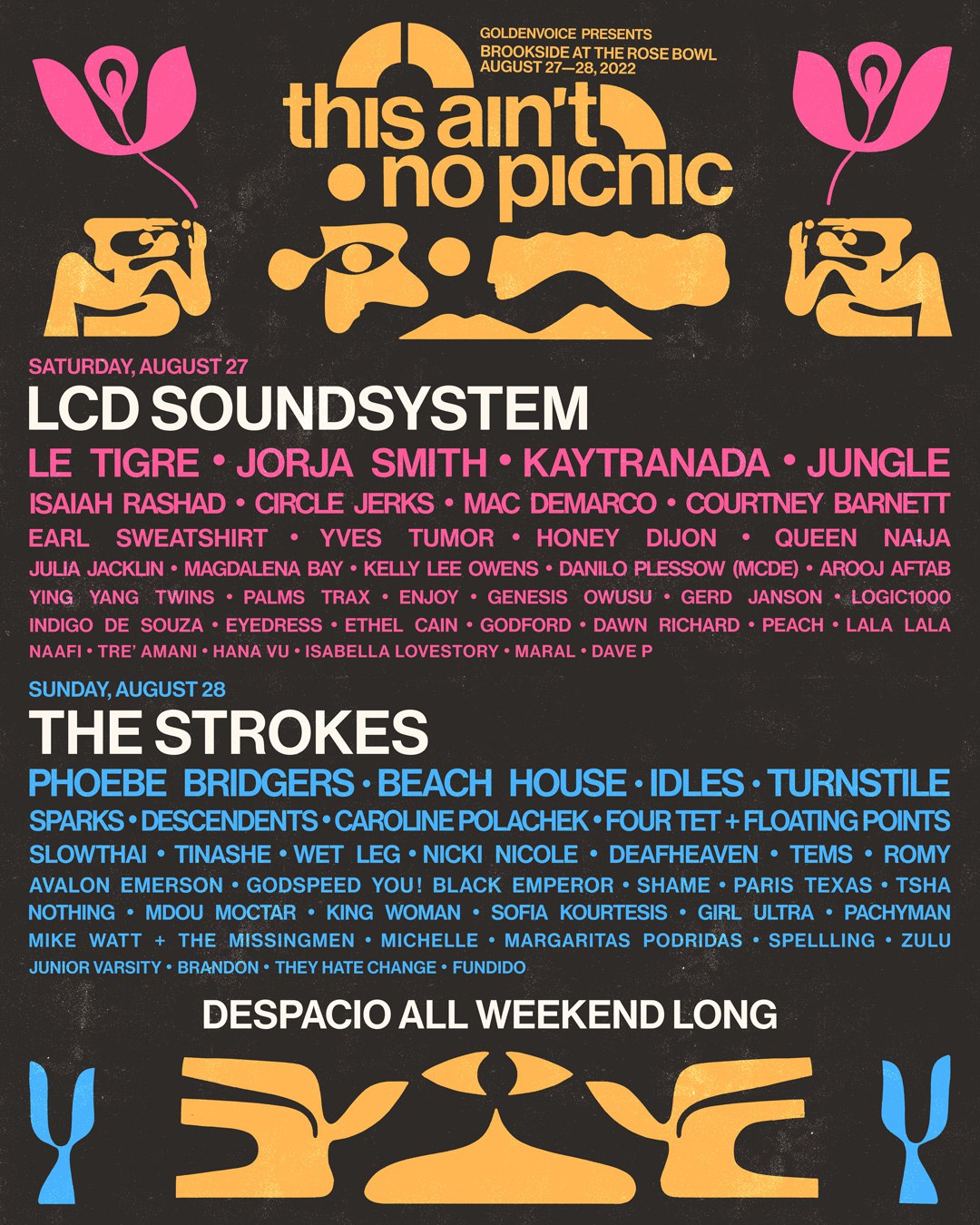 Featuring performers like Phoebe Bridgers, Kaytranada, Beach House, Wet Leg, and so many more, Boudreaux says This Ain’t No Picnic is “a good balance of indie alternative and electronic and dance. And, there's also some psychedelic rock.” 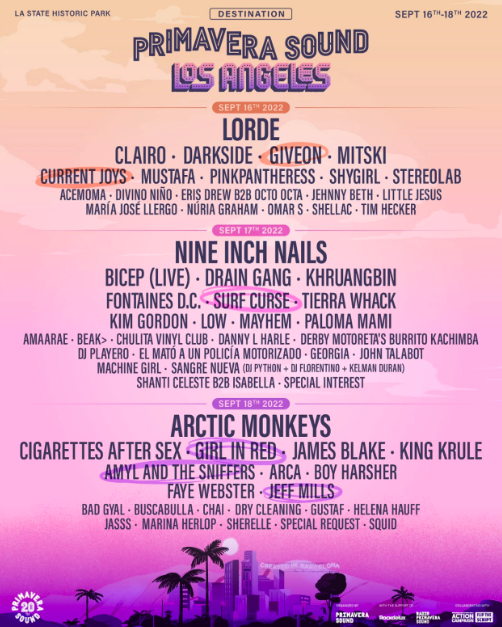 Spawning in Barcelona, Primavera is coming to LA after COVID delays.  Boudreaux says, “[The] lineup is a lot of global acts,like King Krule, Amyl and the Sniffers, Arctic Monkeys, and Dry Cleaning. Most of those artists are from the U.K., but it just goes to show just the range of sounds that they get. Nine Inch Nails is headlining, [and the festival includes] Bicep, Fontaines D.C., and Kim Gordon.” 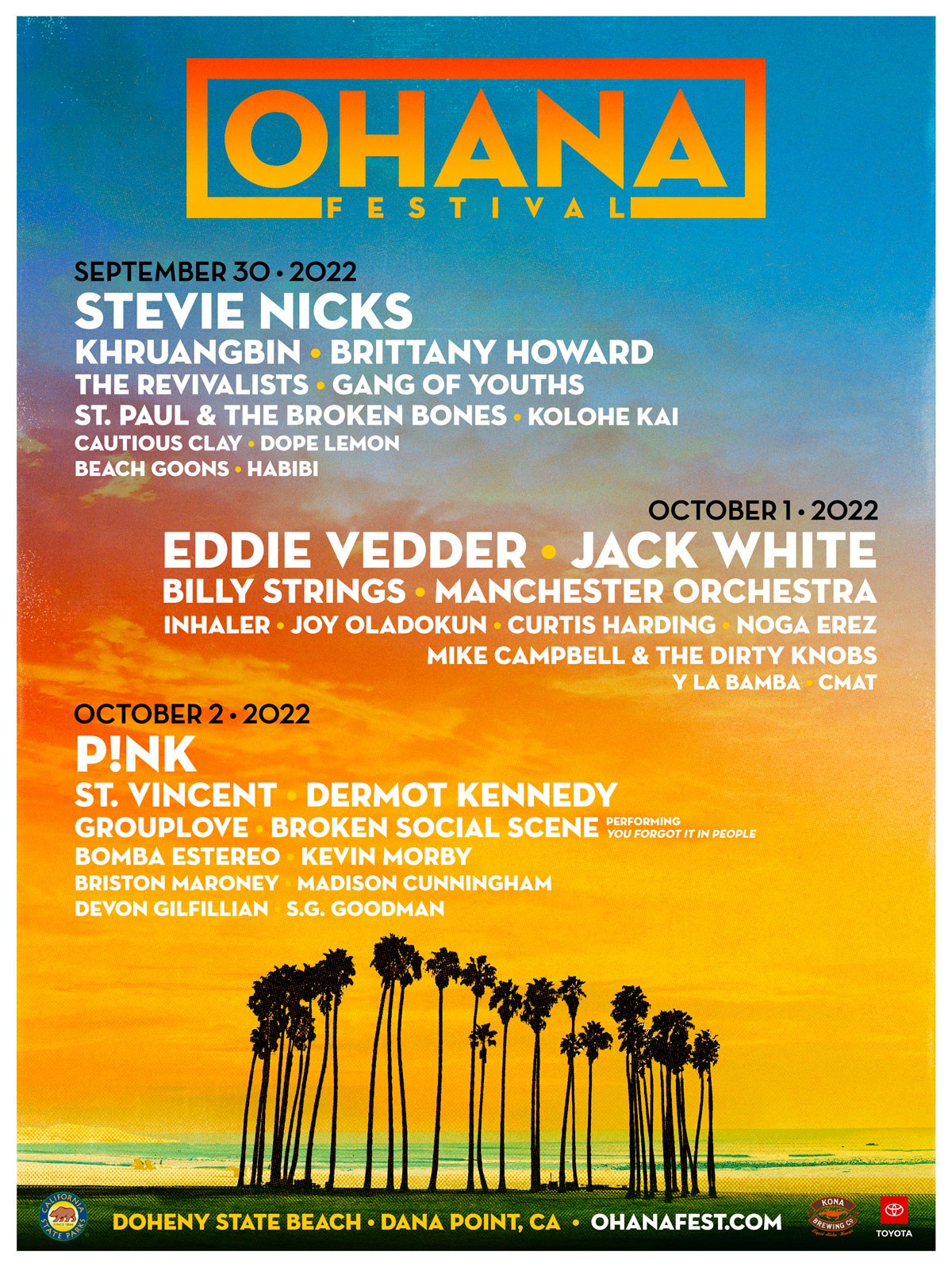 Pearl Jam’s Eddie Vedder curates this beachside music festival. Boudreaux says it’s Vedder’s “baby,” and that he “always performs, and brings a great performance, he'll probably bring some friends out to join him.”

The show also features conversations about the environment. “It's a really nice mix of music, art, and also how to take care of this special place that we all love, which is the beach, the ocean, and the earth,” Boudreaux says. 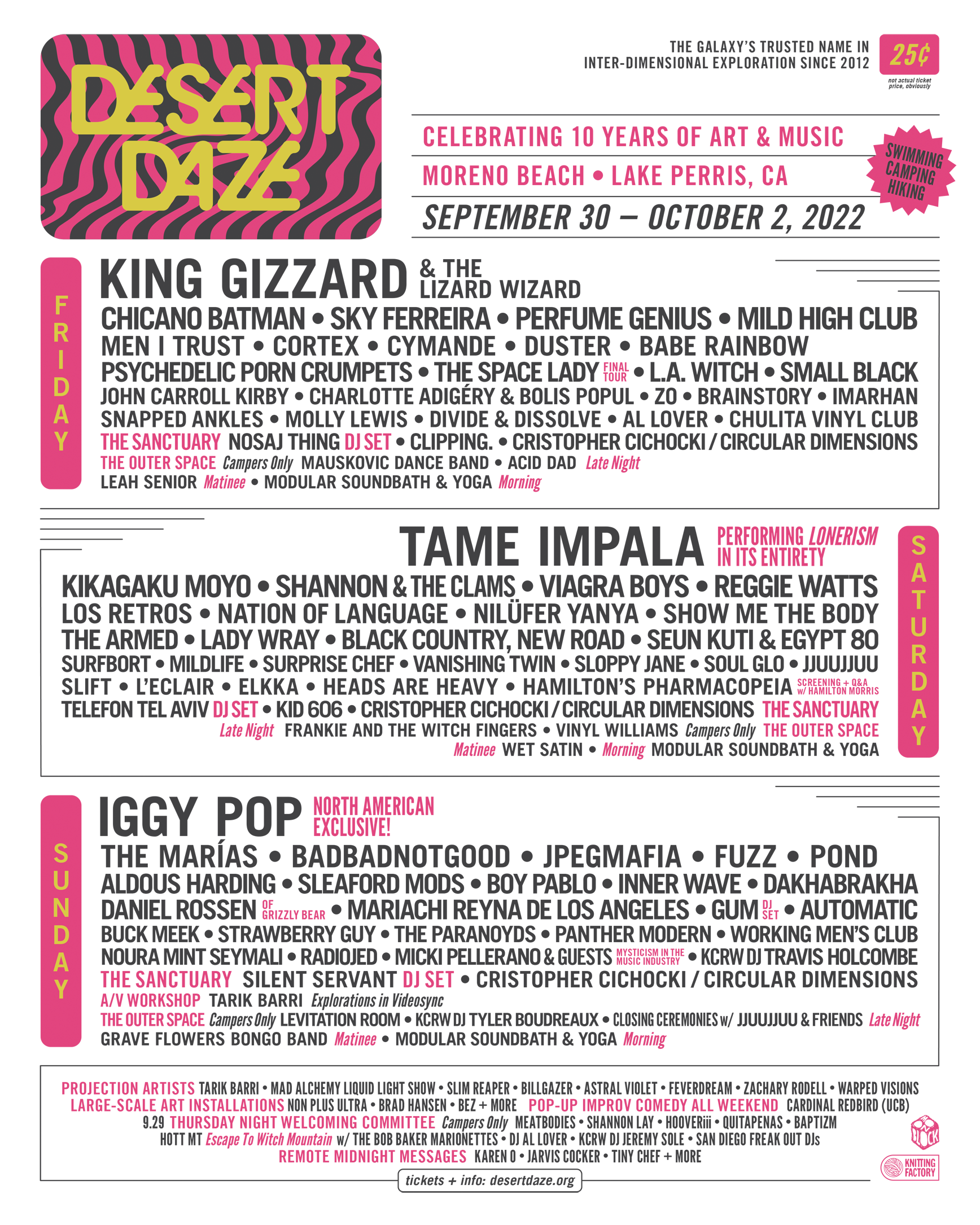 Desert Daze features a wide range of artists from electronic, to psychedelic rock, to mainstream rock, to jazz funk. Boudreaux says it’s a nice fusion, with artists like Reggie Watts, Perfume Genius, L.A. Witch, and more. “It's just that kind of festival where you really feel the camaraderie and the sense of everyone's here for the love of music,” Boudreaux says. And to celebrate the tenth year of their album “Lonerism,” headliner Tame Impala will perform the whole album.

Bonus: That Sunday, Tyler Boudreaux does a DJ set at Desert Daze.