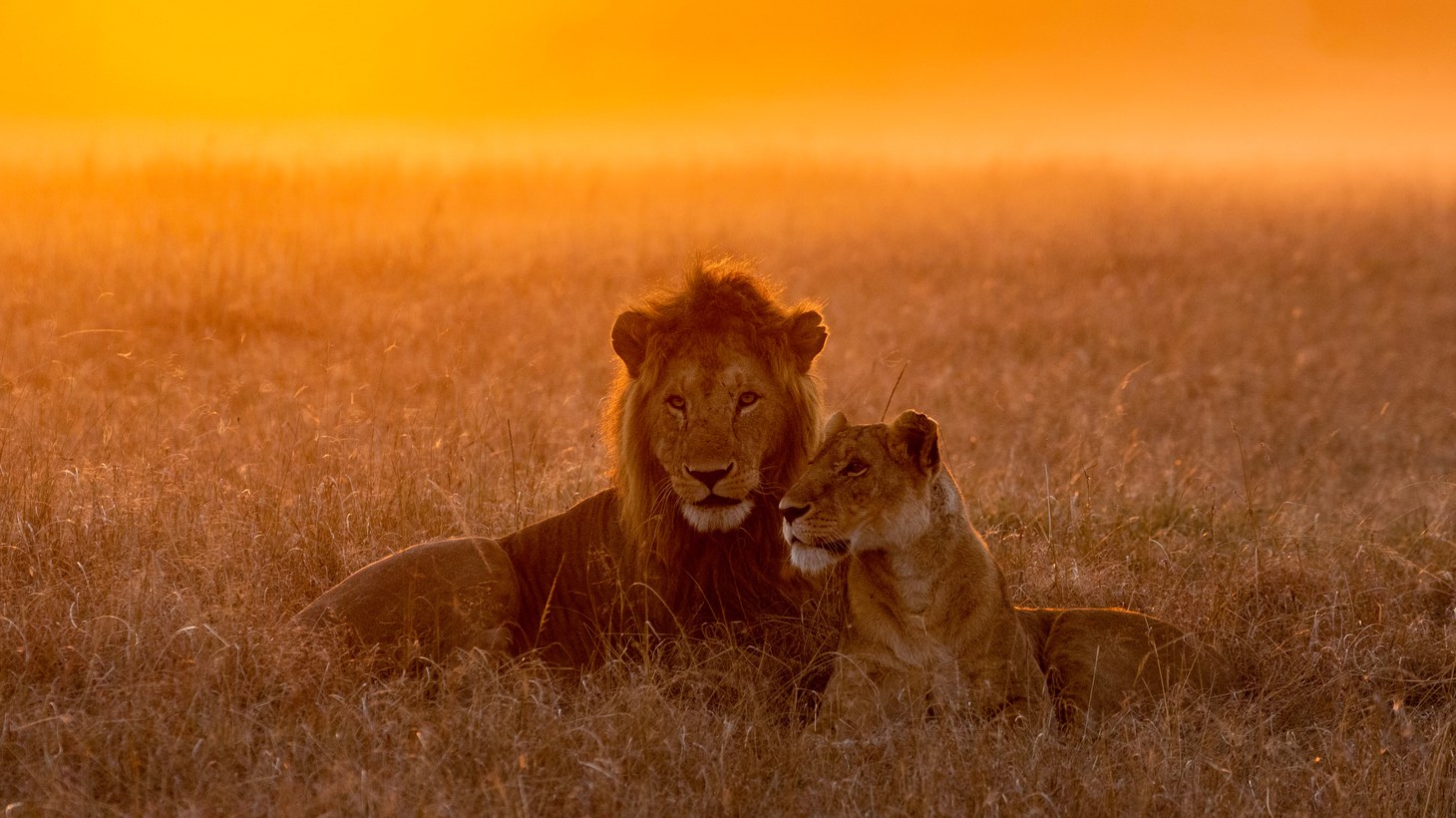 Research shows that a dark mane absorbs a lot of heat, and lions must expend more energy to do normal things when it’s hotter. However, lionesses are drawn to darker manes since they traditionally show good fitness and health. That’s all according to writer Kasha Patel. Photo by Shutterstock.

It’s now cuffing season — when the weather gets cold and romance heats up. However, climate change is affecting animal mating habits, new research shows. Traits and attributes that animals find appealing may not make sense in a warming world, such as a lion’s dark and bushy mane or a peacock’s picturesque plumage. However, climate change is also making some animals more attractive to their potential mates.

She says that when it comes to the lion, research shows that a dark mane absorbs a lot of heat, and the animals must expend more energy to do normal things when it’s hotter. However, lionesses are drawn to darker manes since they traditionally show good fitness and health.

“Researchers told me that [lions with dark manes] might … [be] spending more time in the shade during the hottest hours of the day. And what could happen … is the lions with not as dark beards or long beards can be available for the lionesses.”

Meanwhile, dragonflies are visibly changing their colors due to hotter temperatures. For a long time, males with dark pigments intimidated other males and attracted females, but those pigments absorb more heat, Patel says.

“There are more male dragonflies now that have less of those dark pigments. The next step in the research is to figure out why exactly that is occurring. It could be that, hey, maybe the females are picking the ones with the less dark pigment because they're like, ‘Oh, these people have more energy, I'd rather be with them.’ Or it could be the dragonflies with the traditionally dark pigments can't even make it to where the females want to mate, or maybe they're losing these battles with these other dragonflies because they're spending so much energy on … ‘looking pretty.’”

What animals are doing well amid climate change? The ones with horns. “As it gets hotter, growing longer horns helps cool off the animal because it helps dissipate the heat over a larger surface area. … The hotter temperatures are actually aiding this sexual selection.”

One female species is becoming more “promiscuous” now: fruit flies. Patel explains that a female traditionally mates with one male, but in a lab setting, when scientists raise temperatures, females increase their number of mates. That’s because when males’ sperm quality degrades when they get hotter, so females want to maximize their chances of reproduction success by mating with more individuals.

Have humans changed sexual behaviors? There’s too little data on this, she says, and people are not as strongly sexually selective as other animals. However, she asked people on the streets if they’d date a climate change denier or non-composter, “and it was interesting to hear people’s responses.”