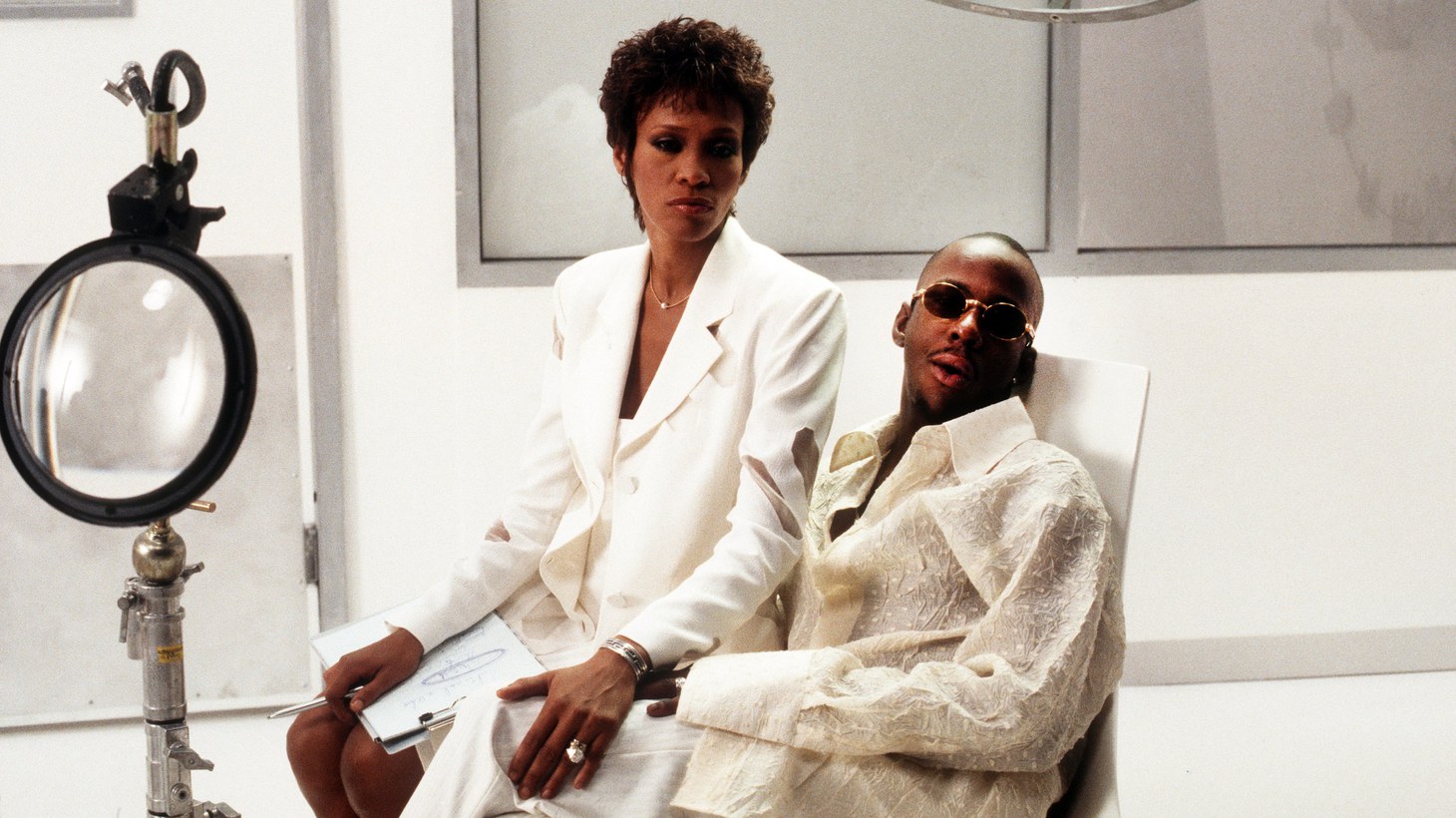 Bobby Brown is seen with Whitney Houston in 1997. Photo by Todd Kaplan.

A new biography about music star Bobby Brown debuts on May 30 on A&E. It includes the new reality show “Bobby Brown: Every Little Step,” which launches on May 31. Brown caught attention in summer 1983 when he led a boy band named New Edition, and their song “Candy Girl” topped the R&B Billboard chart. At the time, he was 14 years old and looking for a way out of the Boston housing project he lived in. He found it with New Edition and then a hugely successful solo career. Brown’s life has made tabloid headlines, from his marriage to Whitney Houston, to a string of arrests, to the tragic deaths of two of his children.

“I think the rightful description of Bobby Brown is he is someone who helped innovate a moment in R&B that still matters to this day,” says Gerrick Kennedy, former music and pop culture writer for the LA Times. “And I think so much of … how we speak of him has unfortunately been rooted in his personal life, and I haven't always found that to be entirely fair, considering what he accomplished on his own, both with New Edition and also with his solo career. Whitney Houston spent a lot of time making sure to remind us that he was the king of R&B, and it's true.”