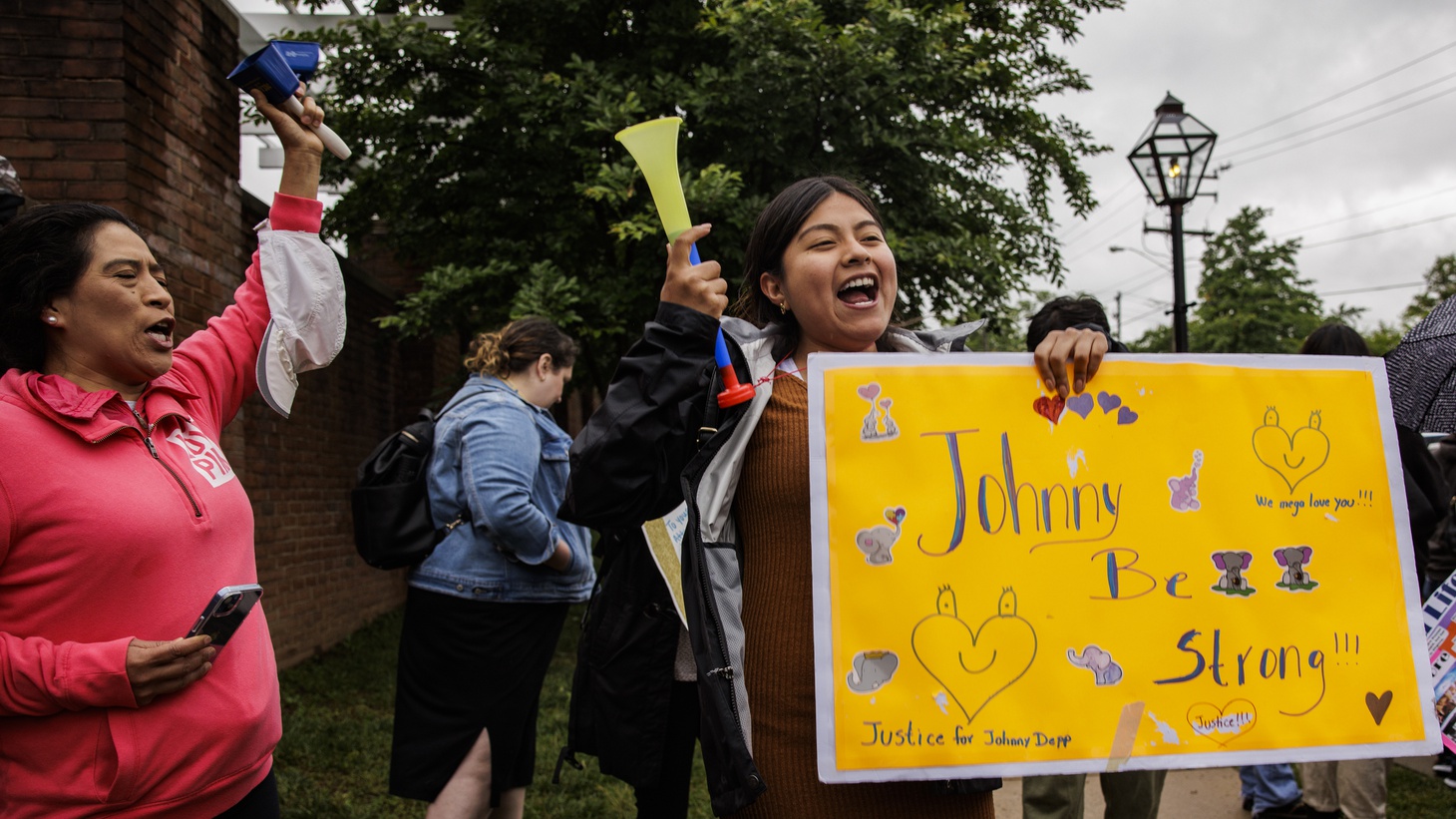 Fans of actor Johnny Depp wait for him to arrive at the Fairfax Circuit Court on May 24, 2022 in Fairfax, Va. Photo by Samuel Corum/Sipa USA.

It’s the final week of testimony in the Johnny Depp and Amber Heard defamation case. Heard’s attorneys rested their case on Monday, while Depp’s are expected to call rebuttal witnesses, including his ex-girlfriend Kate Moss. The divorced duo’s star power, on top of the salacious details of their turbulent marriage, have turned the trial into a public spectacle. The jury is expected to get the case on Friday, but in the court of public opinion, Heard is losing. On social media, #JusticeForJohnnyDepp has more than 15 billion views, while #IStandWithAmber has only about 8 million views. In this #MeToo era, why is there such unequal support, especially among female fans?