Pop artist Prince sold more than 100 million records in his lifetime, and recorded dozens of studio albums, film soundtracks, and concerts. That’s just what was released to the public.

When Prince died in 2016, he left behind thousands of unreleased recordings in what his estate calls “The Vault.” In that trove was at least one entire album, which was released on July 30. It’s called “Welcome 2 America,” and was recorded in 2010, but ultimately shelved. The LP features prescient insights about America’s fracturing society that — combined with its fresh funk and R&B — make the work feel as relevant today as ever.

KCRW: What is it like to hear these songs over a decade later?

Shelby J.: “It's beautiful. And it brings back so many wonderful memories of what we were doing during that time recording it, and it's just great … getting to relive all of these special moments again, and the music is just so funky.”

Morris Hayes: “It's just incredible, the amount of work that we would do. … This was done in 2010. Prince also released the album called ‘2010’ that he did in 2010. So it was a lot of music, and to have this come back up was amazing and so poignant, even now. His music don't have an expiration date.”

Shelby J.: “Being in Prince’s band, I learned to go with the flow and trust wherever he was leading us at the time. … We knew this music was there, but it was like, ‘Okay, we're doing this now.’ It's all encompassing when you're preparing for a tour. You don't even have time to think about what you're not doing because you're doing so much. But you learn to just really trust him and expect the unexpected with Prince always.”

Morris, a lot of the songs are directly commenting on race and corporate greed. The whole album feels eerily prescient for these current times. What was Prince's mindset back then?

Hayes: “When I got the call to come in, it wasn't anything unusual from the things that we had done before. ... I get over there and he's waiting in his car, and I hop in with him. And he starts telling me about the project itself as the tracks are playing. I'm listening and I'm going like, ‘Bro, you're going hard on these lyrics right here.’ And he's like, ‘Yeah, I really want to transfer this energy that [I’m] feeling right now.’ The first three tracks were just like, bam, bam, bam, one behind the other. And I was just like, ‘Okay, this is definitely a departure from what normally he has done when it comes to the music that we've done previously.”

Hayes: “Prince always knew that we had a very powerful platform with music. Historically, that has been the thing that has moved people, that moves the masses. And nothing's changed at this point. When you have an artist the size of Prince, in terms of his reach and his popularity, I think he knew he needed to use that in order to affect change, and to be out here and call these issues out and just say, ‘Okay, this is what's happening. What are we gonna do about it?’ That's what he had to do.”

Shelby J.: “Now that's real talk, because you can't fix a problem if you don't acknowledge it. So you got to call it out, and he would do it in his music. He would call it out so people could pay attention.”

Shelby, as somebody who had worked with him for a long time, were you also surprised at the overt political overtones of the first couple songs?

Shelby J.: “At first. But like I said, I learned with Prince to expect the unexpected. And he was always ahead of everyone as far as his music and his vision. He could just kind of see into the future. So I looked at the lyrics and I was like, ‘Wow, he's hitting on some heavy stuff here.’ Like ‘Running Game (Son of a Slave Master).’ And he's really calling people to task and talking about ownership and publishing and social injustice, and wanting the ‘hood to be safe. And what he dreams, and wanting every child to have an education, and talking about immigration and borders. He really went in and I love that. When I looked at it, I was like, ‘This is something else.’” 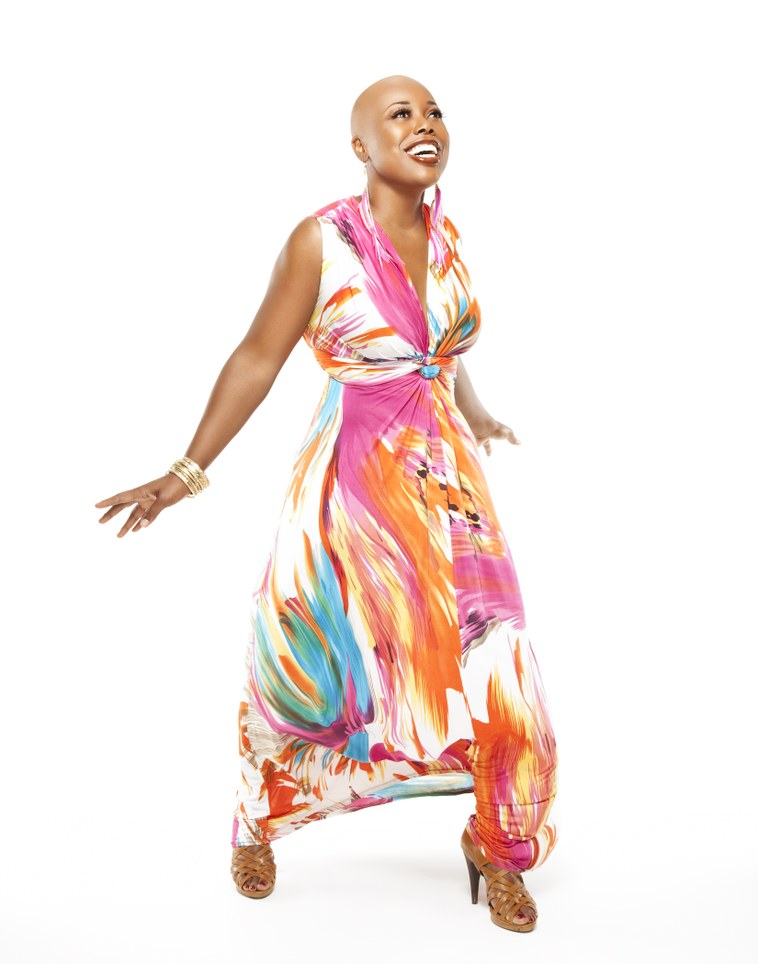 “I learned with Prince to expect the unexpected. And he was always ahead of everyone as far as his music and his vision. He could just kind of see into the future,” says vocalist Shelby J. Photo courtesy of The Prince Estate and photographer Mike Ruiz

You rapped on “Same Page, Different Book.” Tell me about that moment. It seemed like he asked you to do this at the spur of the moment.

Shelby J.: “I had rapped on live shows, a few other songs. … For this, he just kind of looks at me and he was like, ‘I need a rap right here, you got something?’ I was like, ‘Give me a minute.’ And I ran out into the hallway right outside Studio A and sat down by this beautiful mural of all of the artists that inspired Prince throughout his whole lifetime. And that gave me inspiration. … And I was like, ‘I'm done.’ He was like, ‘All right, get on the mic.’ And he didn't ask to see it or proofread it or anything [or] spell-check it. And I got on the mic and did it. He loved it and kept it and I was like, ‘Yes!’ He gave me the thumbs up. It's like that approval from your big brother. … So yeah, I was really happy when I heard the whole record. I was like, ‘Yeah, I got bars, man, I got bars. Prince, I told you.”

Some people think of Prince as a control freak, but for you to toss off a rap in a couple of minutes, that’s incredible.

Hayes: “He was a control freak. But it was the trust that he had in Shelby and the rest of us did, even with the co-production with myself. He was able to say, okay, he is a micromanager and a taskmaster, but he still gives you that room to give you your shot. And if you come through, then you're good to go.” 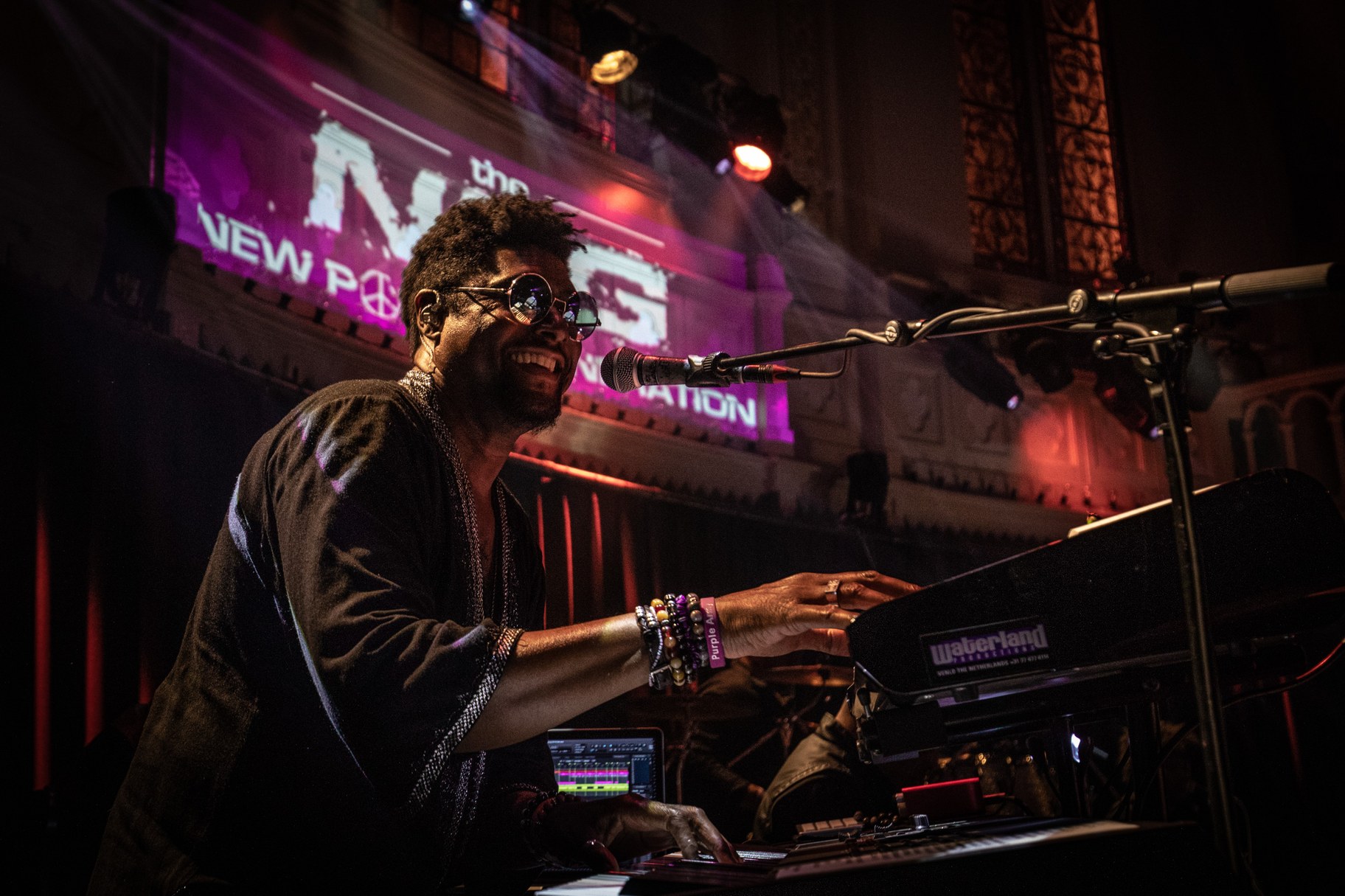 “When you have an artist the size of Prince, in terms of his reach and his popularity, I think he knew he needed to use that in order to affect change, and to be out here and call these issues out and just say, ‘Okay, this is what's happening. What are we gonna do about it?,’” says co-producer and keyboard player Morris Hayes. Photo by Peter Lodder.

This song encapsulates both parts of him. You have social commentary on the political divide, but it’s also catchy, funky and fun.

Shelby J.: “He can give you those lessons and those nuggets and as you're dancing in a group, you're like, ‘Wait a minute, he just dropped some serious knowledge there. He's making me think about religion and humanity and how we're more alike than we are different.’ But you're grooving at the same time because the music is so funky. So yeah, he had a great gift for that.”

Looking back at Prince’s legacy, it seems like he held this duality in his personality. How do you remember him?

Shelby J.: “I just remember him as being a beautiful brother — very giving, but definitely complex. He could go deep and then he could have a lot of fun and tell jokes that would have you bending over laughing, just gut laughing and crying tears. ... He read so many books about so many different things. He's like, ‘Shelby, you need to read this. You need to watch this. You need to learn this.’ ... But at the same time, he'd want to have fun. He'd send me YouTube clips sometimes of people making fun of him and we'd laugh together. It was just a beautiful, complex coexistence of the serious and the fun-loving at the same time.”

Hayes: “Halfway through my career, I figured out that there were five of him. And when I did that, I wish I had thought about it when I first started. It would have made my life with less gray hair. The first one being Purple Rain Prince. That's the one I went and saw in 1984 and thought that's who Prince is, because I'd never seen a movie where everybody in the movie is playing themselves. The second one was when I got in the band and saw what a hard band leader, like a tough guy. He was rough. And the third guy, he's playing basketball. We're goossen and running around through the studio, like the Beatles reels where they all run around falling down.

Number four was the sad Prince, like there's something wrong and he's having a bad day [and] you're probably gonna have a bad day. And then number five was like what Shelby said earlier: [he would] just give you his shirt and [was] just very benevolent. I would just be quiet and let him talk first and see who showed up. And once I started figuring that out, it made my life so much easier because it's like ‘Okay, Prince number three is here. Coast is clear. It was fun times in the city. Number two is here, you better have your A-game or there's going to be trouble in the city.”

LAUSD says it will require weekly testing for students, teachers, and employees regardless of vaccination status. Parents must also decide by the end of this week whether to...

Sorting out HIPAA confusion: What if your employer demands to know your COVID vaccination status?

During a recent push from some House Republicans to encourage their supporters to get vaccinated, a reporter asked a pair of questions to one of the party’s rising stars,...

“For consumers, it's really important to make sure that you know what you're scanning, you know where that's coming from, because that is definitely a possibility that you...

No more scallops, halibut, or crab at your favorite restaurant? Blame inflation

The seafood section on some menus have been slim these days. Restaurants across the country are pulling dishes like crab croquettes or seared sea scallops from their...