LA County became the first in the nation to hit 1 million coronavirus cases since the start of the pandemic. According to county modeling, one in every three Angelenos got COVID in the last year. ICU availability remains at 0%.

Cherie Perry-Smith is a traveling ICU nurse who arrived in Los Angeles last week. She’s stationed at Martin Luther King Jr. Community Hospital in South LA. She previously worked in Georgia, Florida and Texas. While working in Miami, she contracted COVID in summer and recovered in October.

Perry-Smith describes the situation at MLK Jr. Community Hospital: “It was a 10-bed ICU, and then it was expanded to 20. And now they're at 35. And we're still expanding. So it serves a community of 1.8 million in Compton, so it’s really hard. … The community is being rocked very, very heavily.”

She says LA reminds her of Miami, where resources are limited and patients are coming in really late and really sick. Some have multiple organ systems already failing.

The ICU is usually a stable place, she describes, unlike the emergency room. However, that’s not the case for Miami’s ICU. “It’s uncontrolled, it’s unstable. Multiple codes going off with multiple patients. It's a war zone. And that's what Miami felt like. And LA certainly feels very reminiscent of that period of time in my career where the patients are so unpredictable.”

LA is fortunate that it has personal protective equipment, and people have generously donated to MLK Jr. Community Hospital, Perry-Smith says. In Miami, she received one gown per patient per day, and she wore the same N95 mask for three weeks. In LA, she gets an N95 mask per shift and can “use gowns one time in and one time out.” 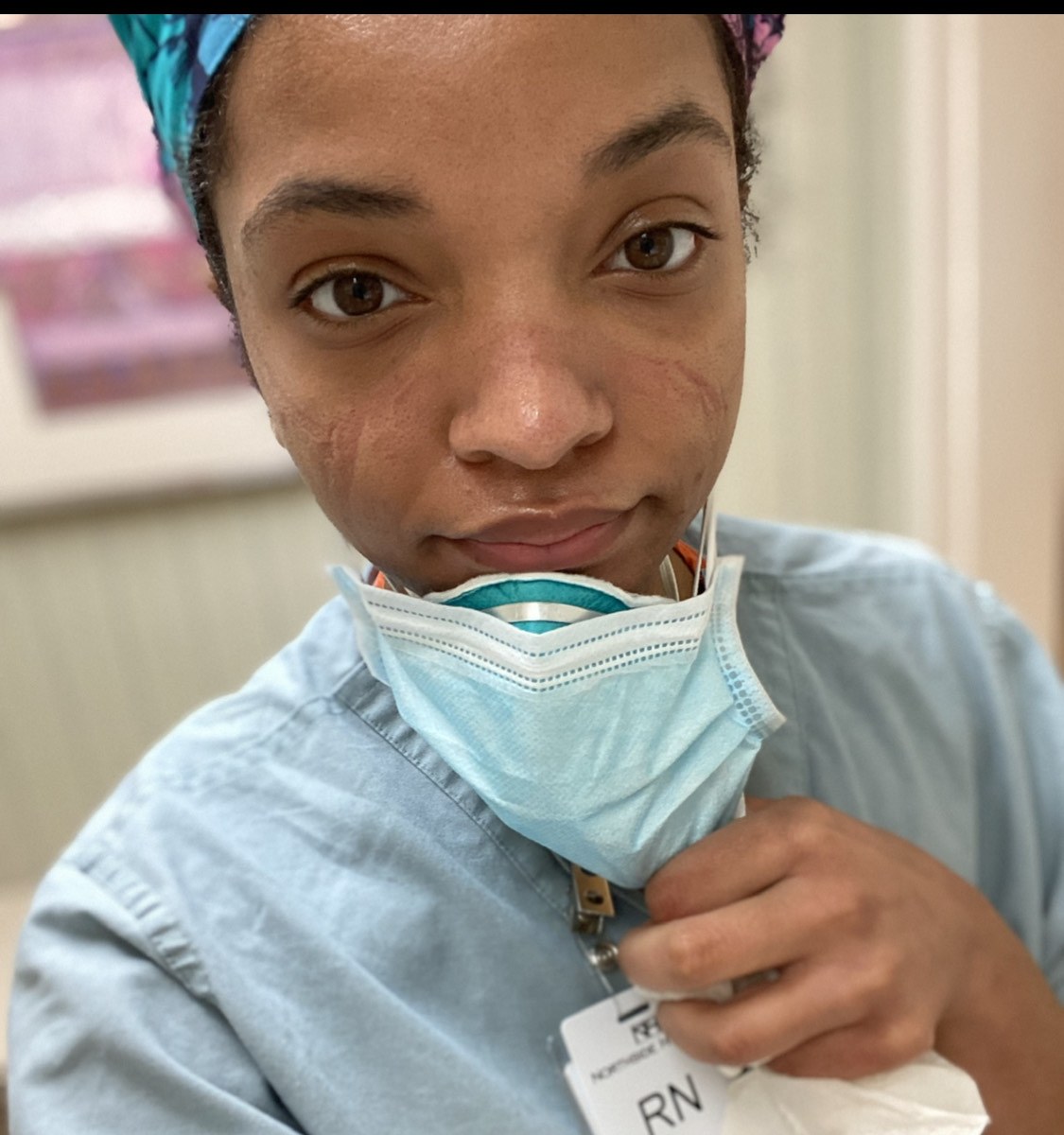 Perry-Smith says the patients at MLK Jr. Community Hospital are very sick — mothers, fathers, and people in their 30s. “It’s really sad. You're on Zoom calls, and they're saying goodbye. And it's very hard.”

She was a little triggered too when she got to LA and needed to take a moment to decompress. “It took me a long time, especially after having COVID, to see those patients like that because I certainly thought that could have been me too. So my first night was rough.”

Nearly one year into the pandemic, Perry-Smith says it feels like there is no respite, but she hopes vaccines will help with herd immunity. The challenge is skepticism, she notes, even among nurses and physicians.

“I've had both of my doses now. But I think that that's going to be a problem with getting the pandemic under control is the apprehension to get vaccinated.”

The apprehension partly has to do with mistrust and misinformation, she says. And at MLK Jr. Community Hospital, maybe 40% of staff have been vaccinated, she notes.