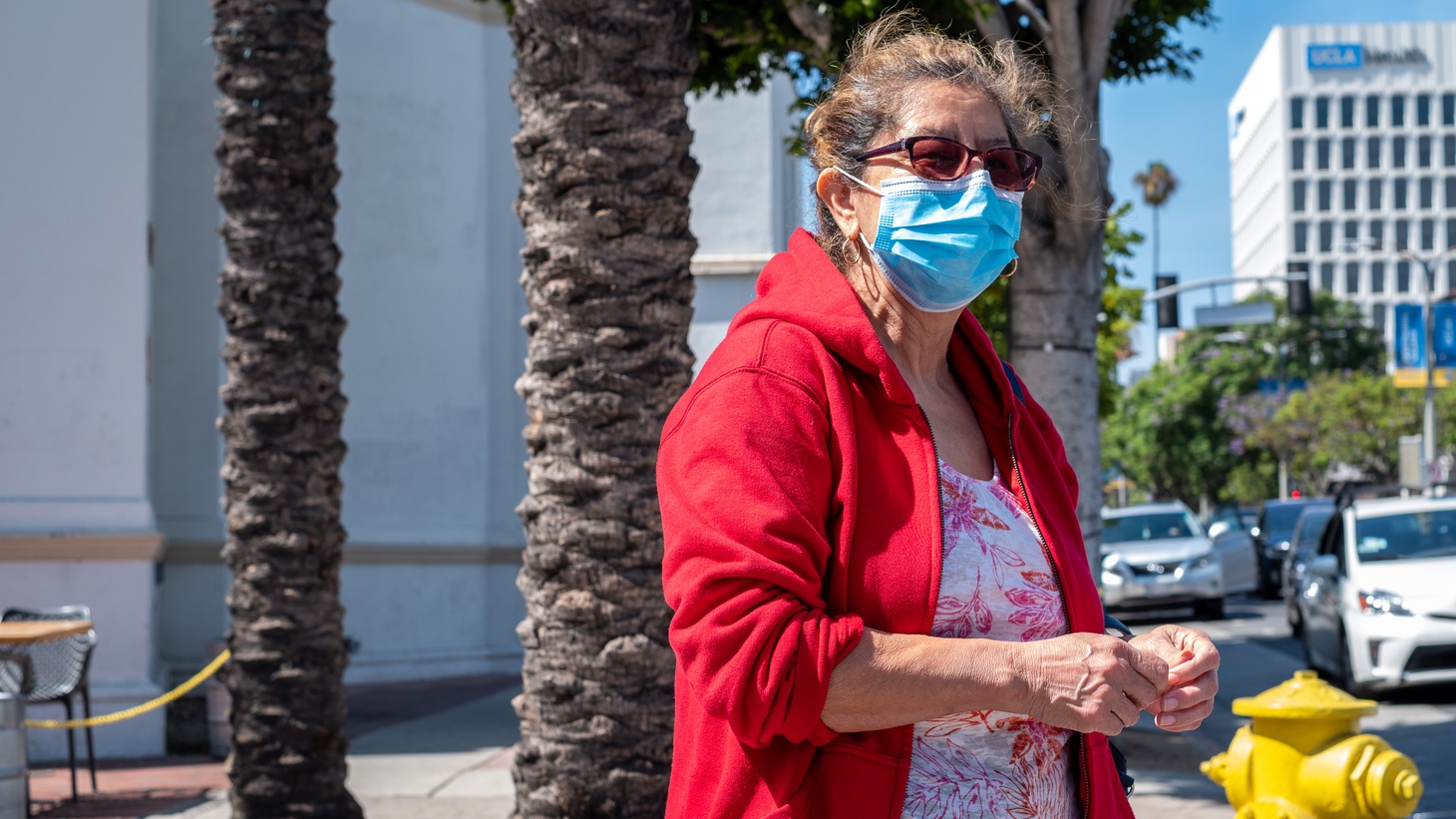 A woman wears a medical face mask in Westwood, California, July 22, 2022. “It's hard to keep our heads together when the risk of [COVID] cases is high, the risk of a really bad outcome is relatively low,” says UCSF’s Dr. Robert Wachter. Photo by Amy Ta/KCRW

Another mask mandate might be imposed on LA County as early as July 29, though COVID numbers have been dropping over the last few days. Beverly Hills and Manhattan Beach say they will not use city resources to enforce a mandate. Long Beach and Pasadena say they will not immediately follow it. Mandate or not, how should Angelenos live in this stage of the pandemic?

The risk of getting COVID has never been higher, especially as many people are still unvaccinated, or they’ve been vaccinated but haven’t gotten the right number of boosters, says Dr. Robert Wachter, professor and chair of the Department of Medicine at UC San Francisco.

However, the risk of dying from COVID is reasonably low, he adds. “It's hard to keep our heads together when the risk of cases is high, the risk of a really bad outcome is relatively low.”

In terms of masking, he says everyone is left to “choose their own adventure,” since no mandates are in place today. He says he wears a K-95 mask in crowded indoor settings, such as shops, conferences, and airplanes, and he doesn’t eat at indoor restaurants. However, he generally doesn’t use a mask outdoors.

What about getting another booster? Wachter says if your last — and only — booster was 10 months ago, its effect has waned significantly. “If I was 40 and healthy, and I had access to a second booster today, I'd probably take it.”

He says if you still get infected now, it’s likely to be the Omicron subvariant BA.5, which would probably give you immunity to another BA.5 case. However, if you were infected two months ago with BA.2, it may not hold up well against BA.5.

“The slightly good news now — and I wouldn't go to the bank on this — is there's no variant on the horizon … that looks like it's going to do to BA.5 what BA.5 did to BA.2. Meaning that as BA.5 should be coming down, another variant comes in, and replaces it and keeps the cases up. … If that's true, then I think we may be at the peak now … [and] we’re in for a decent early fall.”