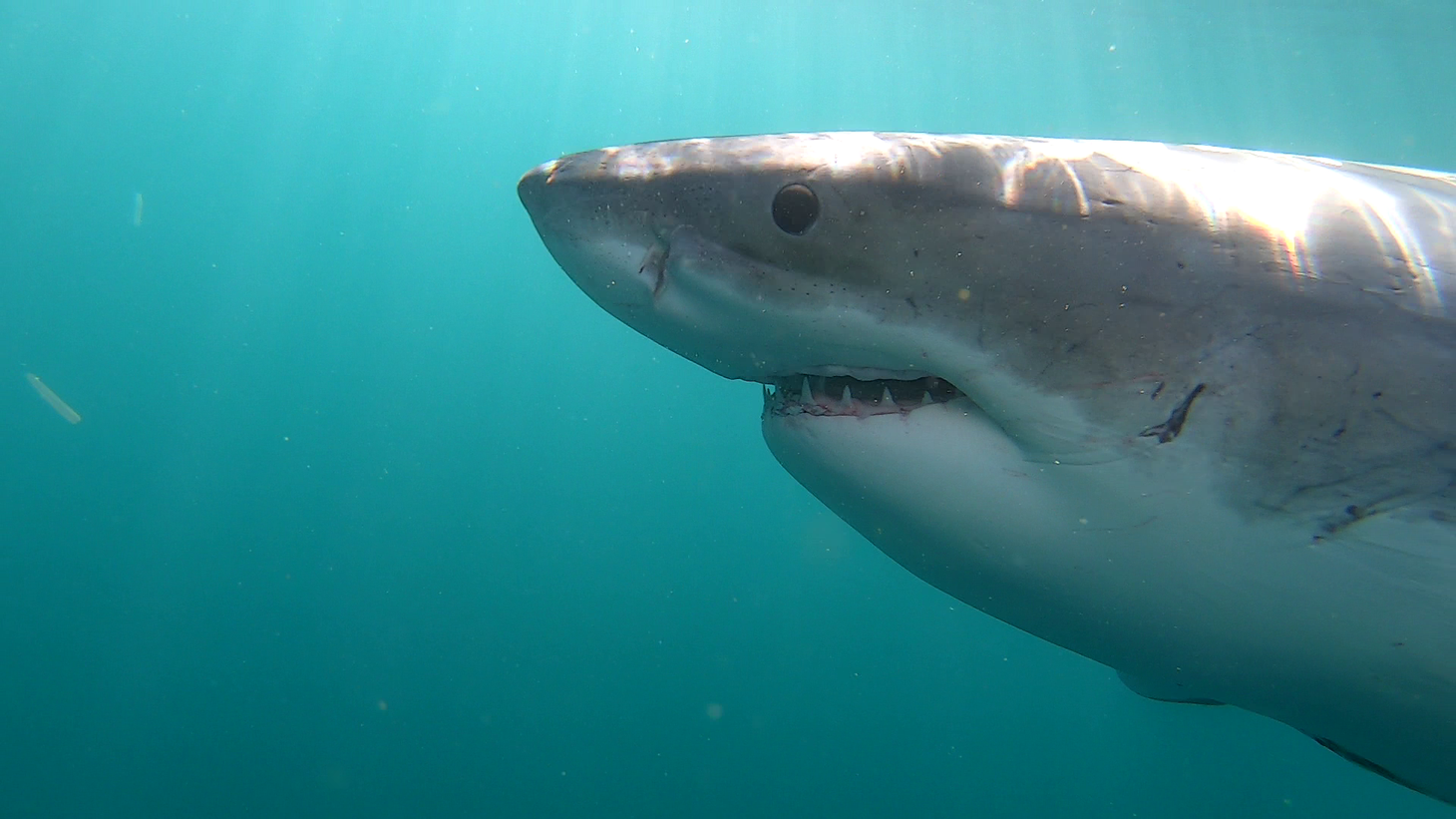 Barbara Block, professor of marine science at Stanford, says sharks are scanning the California coast to chow down on the ample amount of seafood there.

“They typically use our shores to get pinniped resources, seals of all sorts,” she says. “It's kind of an In-N-Out Burger phenomenon where they come in, and they prey on them.”

And those are usually juvenile white sharks, which mainly munch on fish, most commonly stingrays.

Sharks roam all along the California shoreline when they’re young. When they get older, they head west toward Hawaii, and only return to the Cali coast for a quick bite.

Adult sharks tend to populate in North and Central California, while SoCal is usually home to juvenile sharks. Researchers also set aside nursery areas for young sharks to be studied.

“We should be proud as Californians that we have such healthy ecosystems where we're beginning to see a resurgence of both marine mammals and shark populations,” Block says. “White sharks live to be 50 to 70 years old. So their juvenile life stages are very important.”

Block advises beachgoers to remain calm if they encounter a white shark. She says they just eat fish for a living, and have absolutely no interest in human interactions.