David Oranchak is among a trio of codebreakers who recently solved a 340-character grid of scrambled symbols from the Zodiac Killer. Photo courtesy of David Oranchak.

The Zodiac Killer stalked the San Francisco Bay Area in the late 1960s. He killed at least five people, but claimed as many as 37 victims. He taunted police, journalists, and the public with menacing letters and four cryptic puzzles. One puzzle included a 340-character grid of enigmatic symbols so hopelessly scrambled and rearranged that it baffled cryptologists for decades.

But a few weeks ago, a trio of amateur codebreakers solved the so-called “340 cipher.” David Oranchak is one of them.

Oranchak is a software developer and cryptography researcher in Virginia, and he first started working on the cipher in 2006.

“When you work on a problem like this for 14 years, you get used to a lot of dead ends and false starts, where you think that you might be on the right track, but you end up going nowhere,” Oranchak says. “And so when I saw the partial message coming out of the cryptogram, while we were trying to solve it, I jumped out of my chair, and I probably scared the family dog in the process. And I knew that we were on the right track.”

That partial message included the phrases “gas chamber” and “I hope you are having lots of fun in trying to catch me.” Oranchak worked with Australian mathematician Sam Blake, and Belgian computer programmer Jarl Van Eycke. Blake came up with 650,000 variations of the cipher, and those were plugged into a code breaking program written by Van Eycke.

“Those sounded like things that Zodiac may have written. They’re very similar to the tone of other writings that are in his letter, and in the first cipher,” Oranchak says.

The one thing the message didn’t include? Any clues to who Zodiac might be. Nor any obvious clues to two other, much shorter messages Zodiac sent after the 340 cipher.

“They're very short, which means they're very difficult for cryptographers to work on. Because the longer the text is, the more clues that you have, and the more weaknesses that you can exploit in order to get the underlying messages,” Oranchak says. “But there's too many different possible solutions that fit into those two small ciphers. So it would take some extra evidence to confirm any solutions to those.” 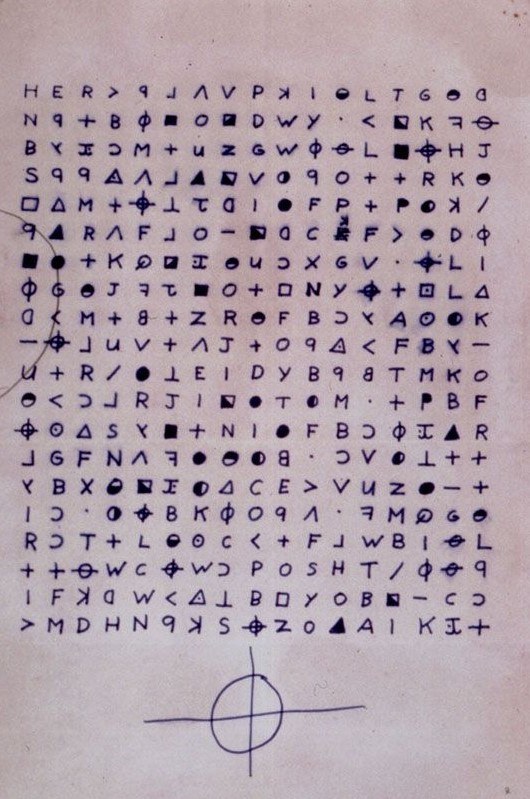 Zodiac's letter sent to the San Francisco Chronicle on November 8, 1969 with the 340 cipher, which was decrypted on December 5, 2020. Public Domain.

Teachers will get COVID vaccines soon. Does that mean in-person classes can resume?

Today Governor Gavin Newsom unveiled a plan to make sure COVID-19 vaccines are distributed equitably across the state.

Why California’s lead environmental official, Mary Nichols, will likely not run the EPA

Tackling climate is a massive priority for President-elect Joe Biden, so there’s a lot of attention on who he’ll pick to lead the Environmental Protection Agency.

August Wilson is considered among the greatest American playwrights. A film adaptation of his play “Ma Rainey’s Black Bottom” is out this week, starring Viola Davis and...

The Zodiac Killer taunted police, journalists, and the public with menacing letters and four cryptic puzzles. A few weeks ago, a trio of amateur codebreakers solved the...