Eli Broad stands in his office, with lots of artwork in the background, on Sept. 9, 2015, in Los Angeles. Photo by Shutterstock.

Real estate developer and philanthropist Eli Broad died Friday at age 87. His name and legacy survives — most notably on museums he helped build, such The Broad Contemporary Art Museum at LACMA and the Broad Museum in downtown LA. He was also an important figure behind Disney Concert Hall. It was an unlikely trajectory for a man who made billions building tract homes.

Much of Broad’s vision was to help develop a cultural center for Los Angeles, says Carolina Miranda, arts and architecture columnist at the Los Angeles Times.

“When he first landed in Los Angeles, and he's talked about this in interviews … he was a little mystified by the city with no center. And one of the things that he was consistently talking about as an architectural patron, and then in his role in the development of Grand Avenue, was comparing LA to European cities. He wanted to turn Grand Avenue into the Champs-Élysées, using these kinds of European models to make LA an important place.”

Miranda says in some regards, Broad succeeded in building that atmosphere on Grand Avenue through the architecture of his museums.

“Rather than being offset and having to go downstairs or through gates, it greets the street, it pulls you right in. There's that great little grove, with the olive trees. And the Broad museum became a hive of activity,” she says. “I was skeptical of that. And in that regard, I was wrong. I was not expecting it to become the social center that it did. But before the pandemic, it was a really important social center for that area. Would things like that exist without him? No.” 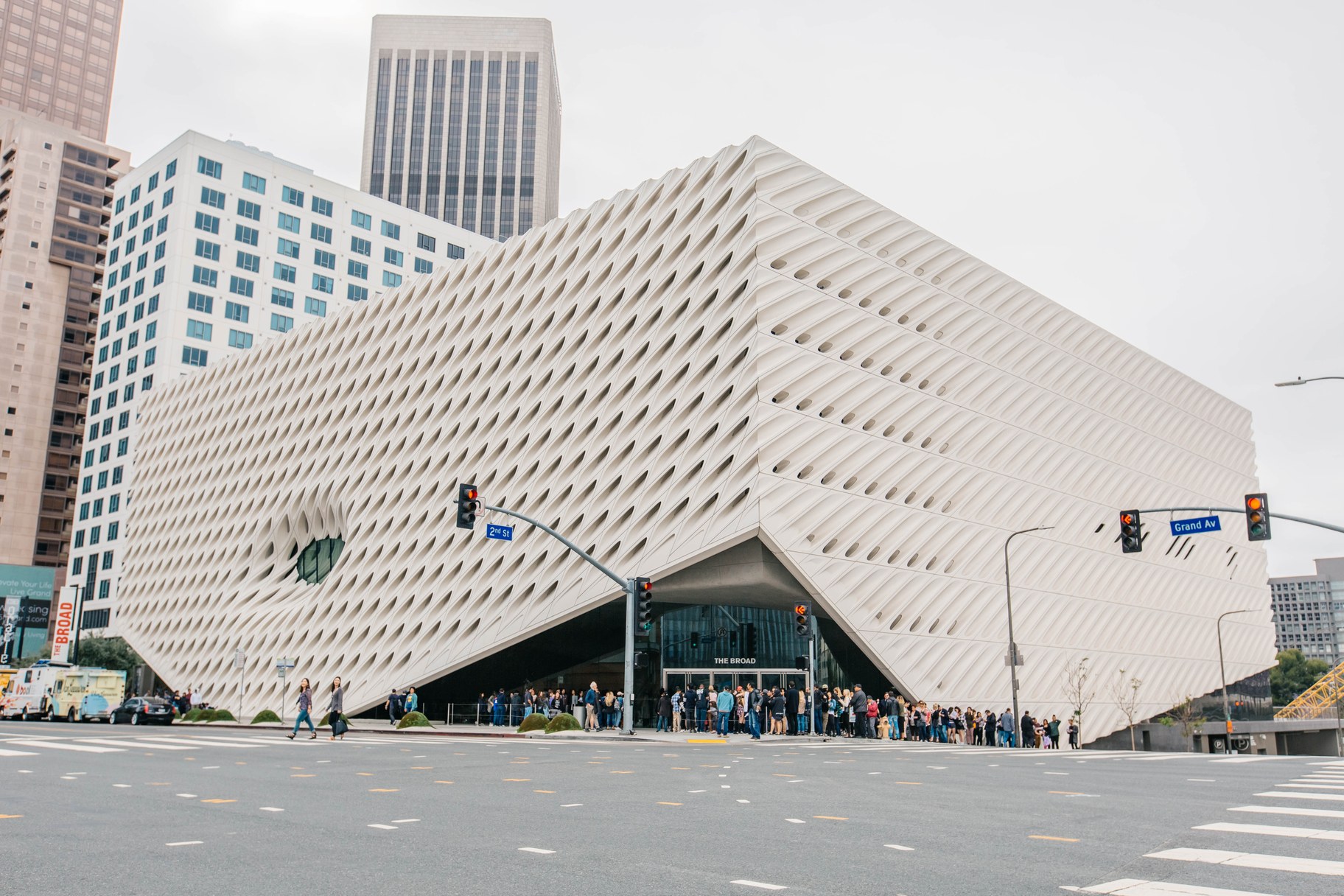 People line up to get inside the Broad Museum on June 5, 2017. The museum housed thousands of artworks at the time. Photo by Shutterstock.

She points out Broad could be a results-oriented businessman, which sometimes hindered his judgement of museums and other ventures.

“Art and architecture are very collaborative. Museum administration is a very collaborative discipline. … And I feel like museums cannot just be judged on the metrics alone. You judge them on what aesthetic experiences they provide. What learning about art do they bring to the world? What kind of places are they to be? And sometimes a little bit of that magic would get lost with him.”

But Miranda admits that without Broad, LA’s cultural institutions would look very different.