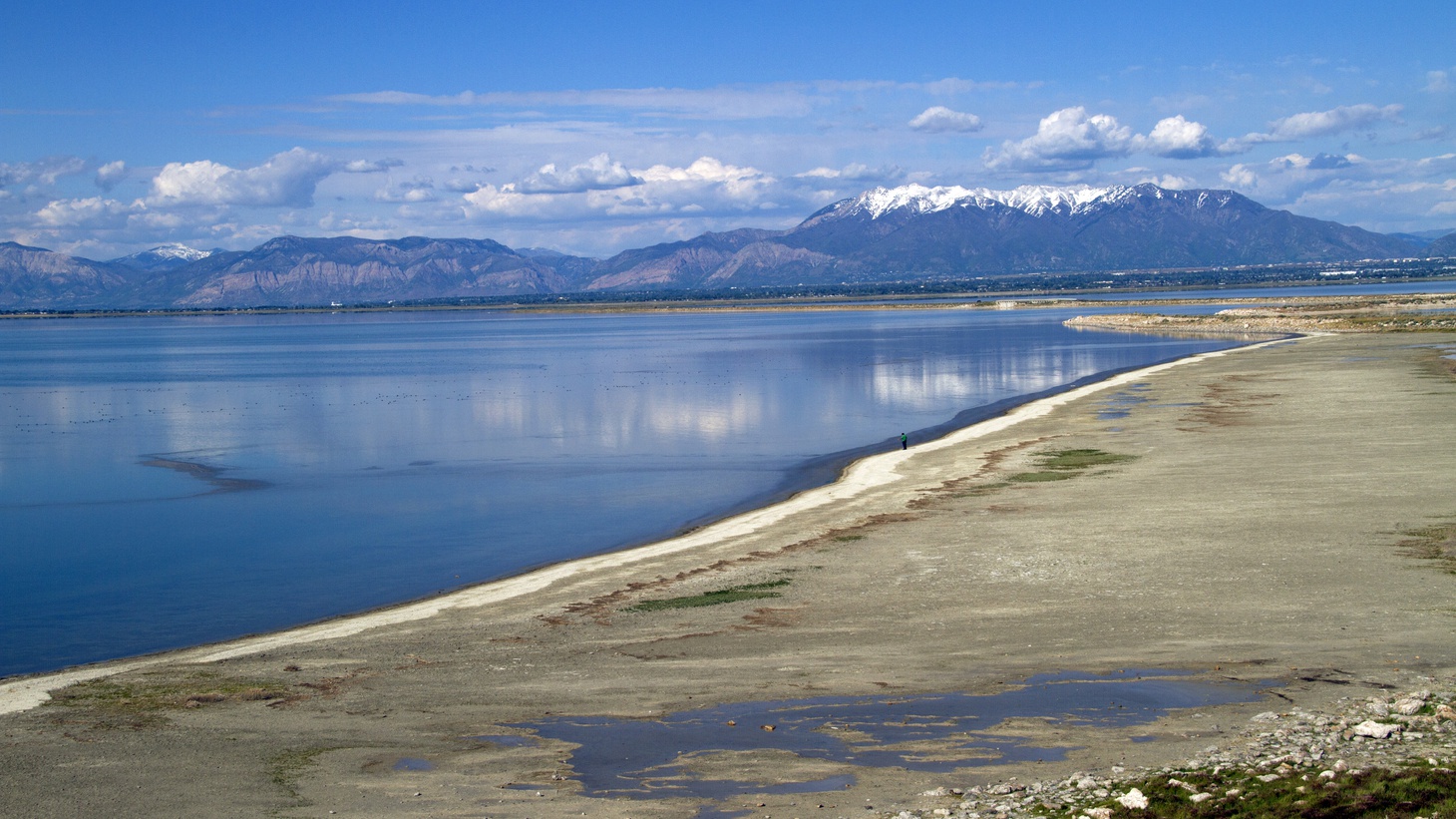 “You drive out on the causeway, taking you to what used to be an island in the middle of the lake. And you can see these vast expanses. They're not quite beaches. They're not really sandy areas. Just dead land,” says New York Times reporter Christopher Flavelle about the Great Salt Lake, which is rapidly drying up. Photo by Shutterstock.

An ecological disaster is brewing in Utah. The Great Salt Lake, which is the largest saltwater lake in the Western Hemisphere, is vanishing. As a dry lake bed, it would create toxic dust that could poison the air with arsenic and other dangerous mining residues. If inhaled, the toxic particulates could make their way into the lungs of millions of people nearby, worsen asthma, or lead to heart attacks and premature death.

New York Times climate change reporter Christopher Flavelle recently visited the lake and says it’s clear how much of the body of water has dried up in recent years. In the 1980s, the lake spanned more than 3,000 square miles. Now it sits at less than 1,000 square miles.

“You drive out on the causeway, taking you to what used to be an island in the middle of the lake. And you can see these vast expanses. They're not quite beaches. They're not really sandy areas,” Flavelle tells KCRW. “Just dead land where you can tell water used to be, and they're just fantastically big. And there's something eerie and empty that really brings home for me just how much this lake has already receded.”

Flavelle says that for every square mile of lake bed that’s exposed, a new source of toxic dust is exposed. That comes from the soft soil that lies underneath the crusty lake bed: “When it becomes airborne, [that] causes the real trouble, because it has the small matter that gets in people's lungs. And it has high concentrations of arsenic and other heavy metals.”

The origins of the toxic chemicals can be traced back to mining that took place in the Great Salt Lake. It contains a buildup of the heavy metals that sunk into the lake bed.

Flavelle notes that the local government is passing laws to address the drying up of the lake, including making it easier to trade water rights. But he says they’ll have to make tough decisions to mitigate the impending disaster. That includes raising water rates to curb its usage, examining how local agriculture is using resources, and reconsidering how nearby Salt Lake City is addressing its rapid population growth.

“[This is] not unlike what's happening in California and other western states, where you've got a level of agriculture and irrigation that may require rethinking in this time of drought, where water becomes more scarce,” Flavelle explains. “Those things, if they’re going to change … probably won't be in a way that's popular with voters. So either way, the politics of this are not easy.”