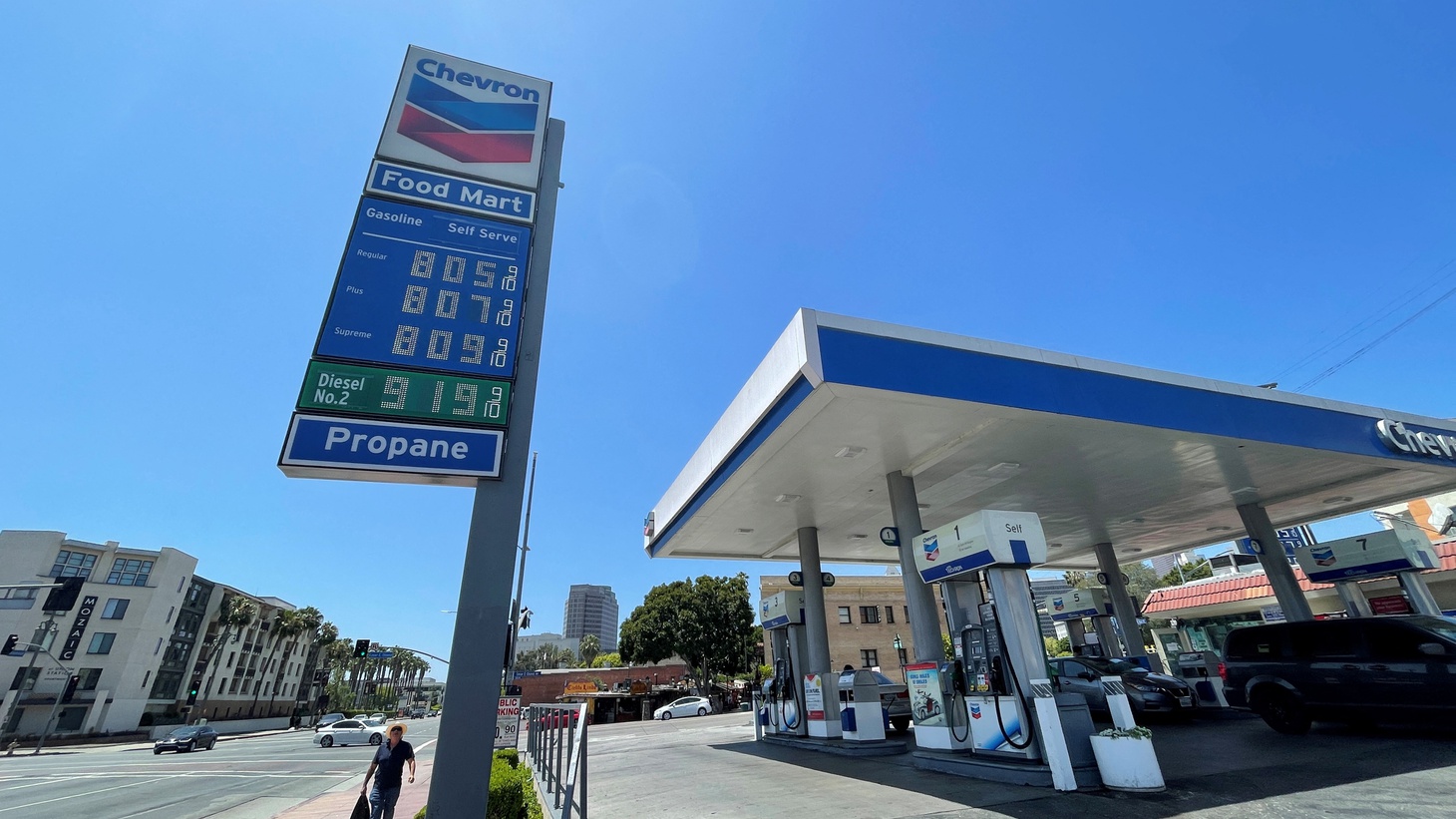 Gas prices exceed $8.00 per gallon at a Chevron station in Los Angeles, California, May 30, 2022. Photo by REUTERS/Lucy Nicholson.

California has the highest gas prices in the nation, with the average price approaching $6.50 per gallon, and more than $8.00 per gallon in some parts of Los Angeles. The cost is set to go up on July 1, when a $0.03 per gallon tax increase kicks in. Legislators in Sacramento continue to debate whether suspending the gas tax is the answer, or if Californians should receive a rebate.

Some lawmakers are looking at whether it’s possible to use the $100 billion budget surplus to suspend the gas tax, but top state Democrats have shut down the proposal, says Emily Hoeven, who writes for WhatMatters, CalMatters’ daily newsletter.

“They think it's possible that gas suppliers could eat up those savings and not pass them on to consumers. And also because they went through a very, very harrowing political battle when they passed this gas tax increase back in 2017,” she explains.

Hoeven says Governor Gavin Newsom has doubled down on sending every registered car owner $400 debit cards and making public transit free for three months. But she says some lawmakers don’t approve of his plan because it’s tied to car ownership and would rather send $200 checks to individuals who make $125,000 a year or less and families that make up to $250,000.

“They say that leaves out the most vulnerable Californians, people who may not be able to afford a car and people that rely on public transit, and people that are feeling price hikes for groceries and other things in life,” Hoeven explains.

She adds that sending money directly to Californians could actually cost the government less: “The amount of money being paid to each person is smaller. The governor's proposal, when all is said and done, is about $11.5 billion. And the Democratic lawmakers’ [plan] is about $8 billion.”

Hoeven says the political showdown over the gas tax shows how more problems can pop up with more money on hand.

“There are so many different ways you can split that [budget] up, and so many different groups that are saying, ‘We want a slice of the pie.’ This is an election year, I think every politician wants to be seen as the one helping people with these financial costs. They just disagree on who merits it.”