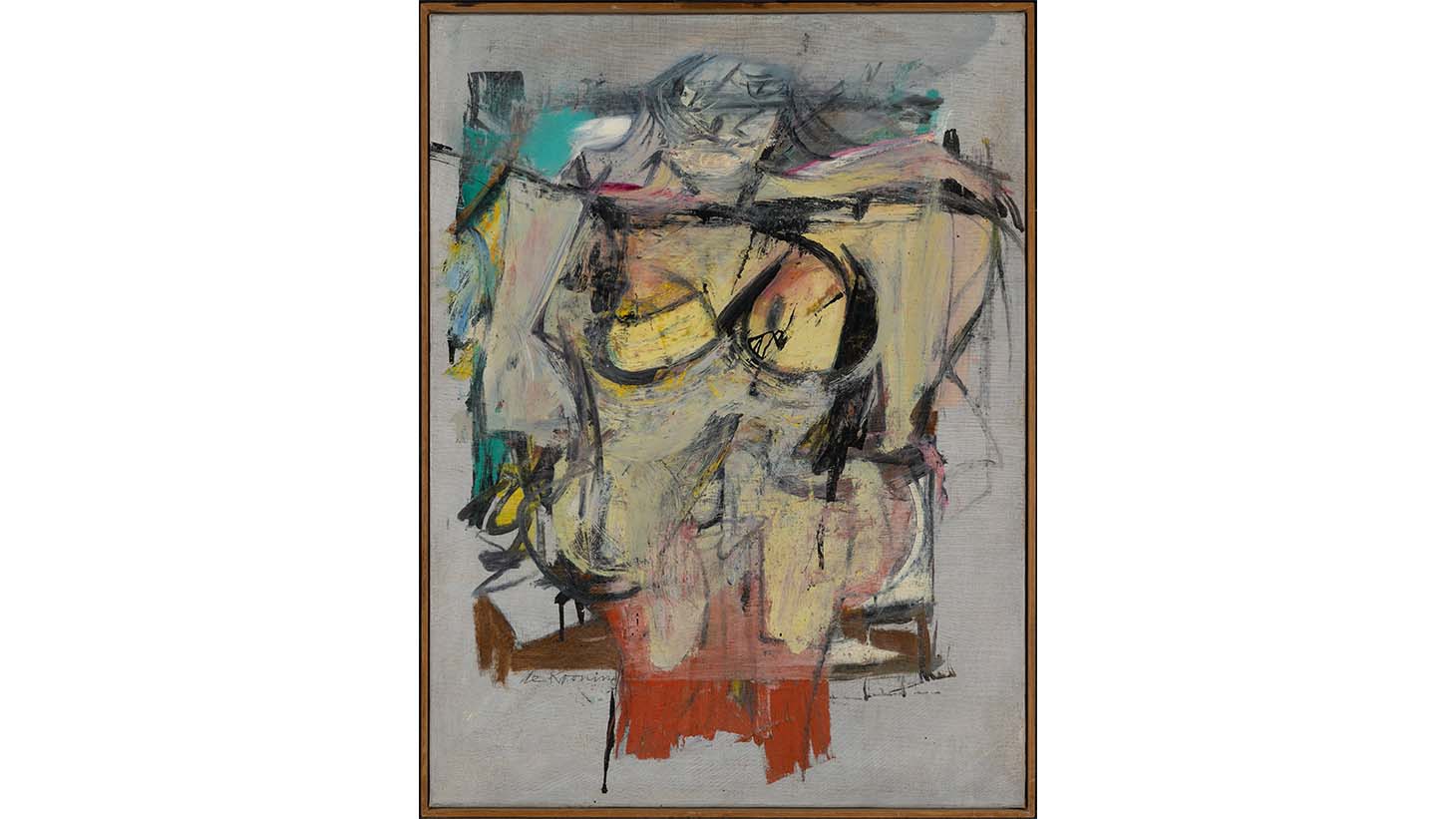 Willem de Kooning’s “Woman-Ochre” (1954-1955) is on display at the Getty Center from June 7-August 28. The painting suffered a great deal of damage during the heist and had to undergo an intense, meticulous conservation process once it came to the Getty. Credit: J. Paul Getty Trust.

You can now see a long-lost masterpiece by the Dutch American artist Willem de Kooning at the Getty Center. For decades, his painting called “Woman-Ochre” (1954-1955) was secretly hanging in the bedroom of two retired school teachers — Rita and Jerry Alter. The couple died years ago, and it’s still not clear how the painting ended up in their New Mexico home.

But the story of the painting’s theft and recovery is like something out of a heist movie. In 1985, a man and woman walked into the University of Arizona Museum of Art. The woman distracted a security guard while the man went into a gallery and cut the painting out of the frame. He rolled it up, and maybe stuffed it under his jacket. Then the couple drove away.

For more than 30 years, no one knew where the painting was. Then it turned up in 2017 at an antique shop in Silver City, New Mexico.

Now after three years at the Getty’s conservation site, it has been fully restored and will be on display through late August. Then it’ll head back to its home at the University of Arizona.

When it arrived at the Getty, conservator Laura Rivers says it was the most complicated conservation job she’d ever seen, since it was terribly damaged as a direct result of the theft. It had horizontal cracks throughout its surface.

“The first goal really was to stabilize the fractured paint surface and … setting down the pieces that were still attached. And they looked almost like little slot canyons under the microscope. [I was] using dental tools and a tiny heat gun and sometimes silicone color shapers to push and gently re-adhere the paint flakes to the canvas,” Rivers explains. “Simultaneously, there were many flakes scattered across the surface that simply no longer were in a position that they could be set back down. And these needed to be removed.”

She adds that in 1974, a varnish was applied when the painting underwent conservation at the Museum of Modern Art. When the thieves stole the painting in 1985, they put on a secondary varnish, which produced more paint fragments.

Thus, Rivers’ second goal was to remove both varnishes — after spending two years stabilizing the surface of “Woman-Ochre.”

Rivers says she did the consolidation and cleaning, and her colleague Ulrich Birkmaier reattached the central part of the painting to the tacking margins. He also compensated the areas that no longer had paint.

Replacing paint happens regularly, she points out. “We use very stable paints, very reversible paints. … It's a common misperception that we would use materials like the artists used. But actually … it's crucial that the paints that we use come away from the surface very, very easily. So … in the future when it inevitably changes or discolors … ultimately that can be undone, and if needed, redone. But the hope is that … these colors were made very stable over time.”

When Rivers finished restoring the painting, she says she felt a powerful feeling. “I encourage people to come and take a look and learn about the project and the history of the painting.” 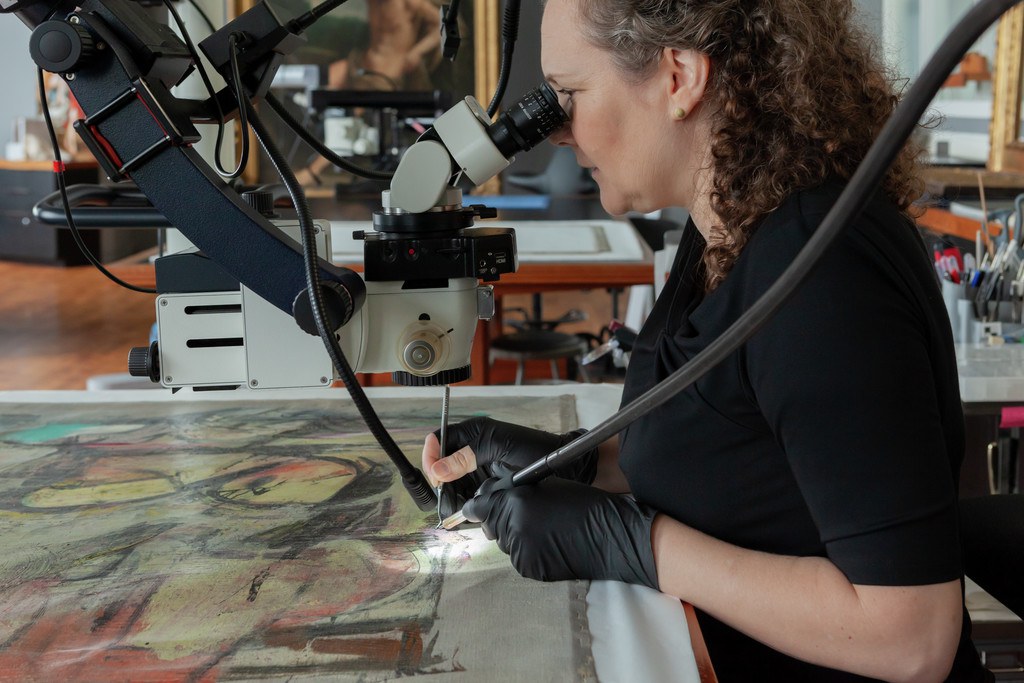