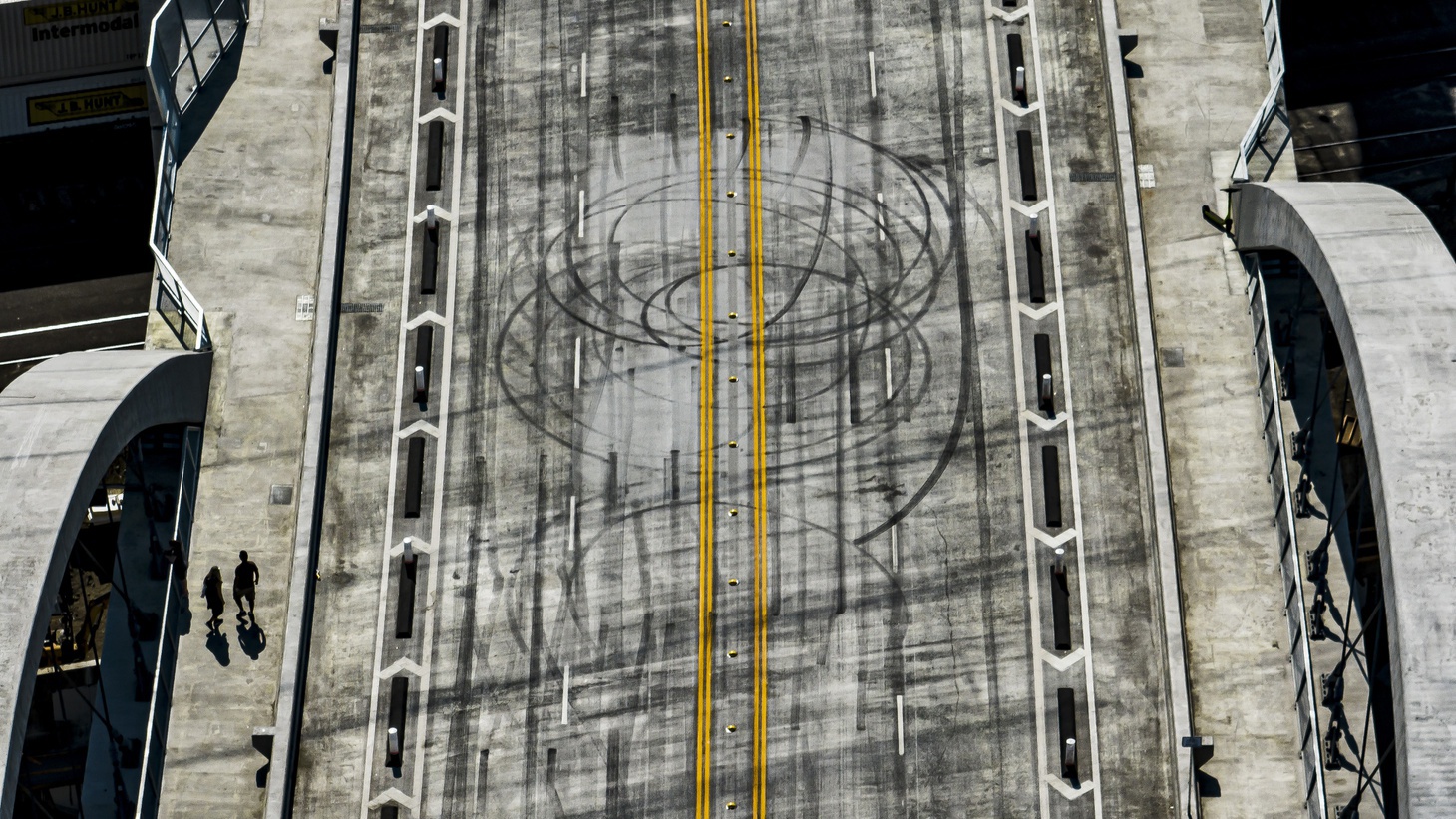 The new 6th Street Bridge, which opened on July 10, 2022 and cost $588 million to construct, is now undergoing repairs due to misuse by the public. The City of LA must fix the damage caused by graffiti, car sideshows, and fireworks. Credit: Ted Soqui/Sipa USA via Reuters Connect.

Nearly 700 street takeovers have happened this year, according to the Los Angeles Police Department and California Highway Patrol. That’s when cars race or spin donuts in front of crowds, blocking an intersection. Law enforcement says that once a takeover starts, they’re often outnumbered and can’t stop it.

State Senator Henry Stern represents parts of LA and Ventura Counties, and he authored a bill that increases the possible penalties for takeover-related crimes.

He says street takeovers terrorize neighborhoods and have killed people.

“It's awfully personal now. When you have the numbers as they are, everybody knows somebody who's been hurt or worse,” Stern tells KCRW. “The worst part is in those scenarios that are the ugliest and the worst, people are getting off with a slap on the wrist.”

While there are penalties for vehicular manslaughter, Stern says current laws can’t always be applied to deaths caused by street takeovers.

“Sideshows and street racing and the vehicles’ excessive speeding [isn’t] explicitly spelled out in the law. … Basically, someone needs to be knowingly disregarding a deadly risk to somebody else. And the law leaves a lot of wiggle room right now,” he says.

Stern adds that some of these takeovers are committed by people with the financial means to evade any charges.

“If you have a really good lawyer, i.e., if you have a lot of money, you can usually get out of it. And that's the really unfair part. The kids with Lamborghinis are getting off scot-free and everybody else is in their way, in harm's way.”

Stern acknowledges that street takeovers have happened before, but he says the problem now lies in a renewed romanticization of street racing and car culture.

“Everyone wants to show off and have a muscle car and be like ‘Fast and Furious’ in real life,” he explains. “It's a new generation of people who are a little more disconnected from reality and are in some virtual reality on their Instagram. Old problem, but new levels of consequence and new levels of danger.”

“It spells it out and says, ‘Hey DAs everywhere, if the driver is doing one of these three things: 100 miles an hour or more in a sideshow or in a street race, and they kill somebody? That's a factor you have to weigh now for a gross negligence case to prosecute vehicular manslaughter. We're just spelling it out in very plain language.”