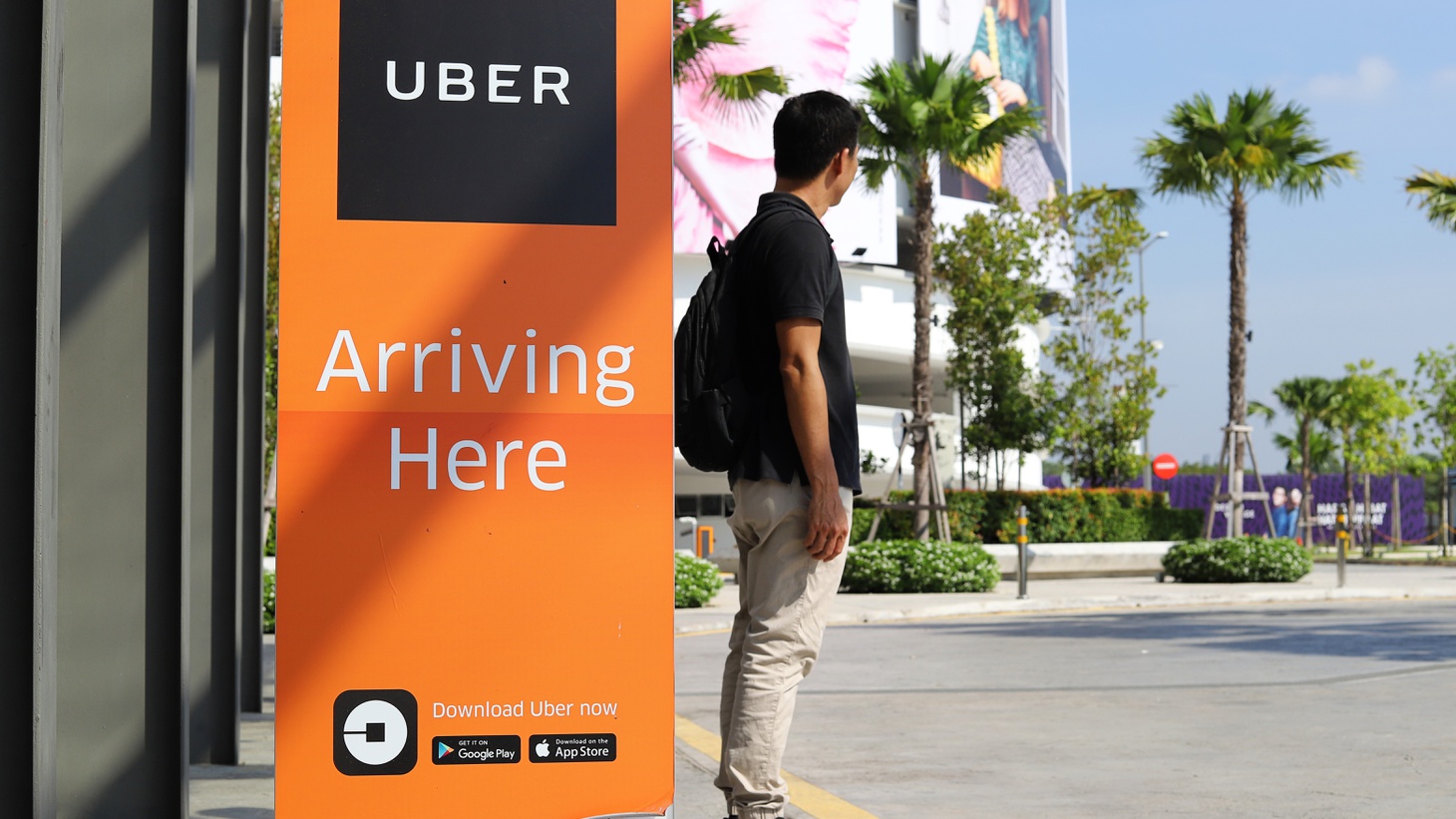 “A lot of tech companies like Uber are changing the way they do business. In short, they used to care about promises and narratives. And now they care about profits,” says Atlantic writer Derek Thompson. Photo by Shutterstock.

Inflation in the U.S. rose to 8.6% in May, marking a 40-year high. The Biden administration blames the Russia-Ukraine war for higher food and gas prices, and the markets are not happy. Stocks lost billions in value over the last five days of trading, including many tech holdings. And the era of cheap technoliving, or the “millennial subsidy economy,” is over, according to Atlantic writer Derek Thompson.

Thompson tells KCRW that many tech companies are changing their business models that have become unprofitable. For example, an Uber ride that used to cost $10-15 in Washington D.C. is now $50, and many factors go into that price, he says.

“Of course you've got inflation. You've got gas prices. You've got the fact that the labor markets are really tight. … A lot of tech companies like Uber are changing the way they do business. In short, they used to care about promises and narratives. And now they care about profits.”

He explains that companies like Uber and Doordash were losing money for a long time as they paid customers to use their services.

“The price was often subsidized. … Let’s say the average price of a New York pizza is $20 to make … and then to deliver it. … Well if you wanted to make a profit, you’d charge $21, $22, $25. … But instead a lot of these companies were charging $10 or $15 … in order to maximize the total number of users, so that they can go back to their venture capitalist investors and say, ‘Hey, look, we've got all these users.’ That was the way the business worked for a long, long time. And it started to change as interest rates have increased.”

Venture capitalist investors are now hungry for a return, he says. Many of them invested in Uber, Lyft, and Doordash because they hoped they would grow to become the next Amazon.

“Venture capitalists often are taking money from institutional investors or from rich people. And those investors are saying, ‘Hey, do something interesting with my money.’ … [Investors thought] they would grow their user base and grow their revenue base higher and higher and higher. But if you looked at every individual transaction … they were losing money.”

“For a while … the asset price of everything was going up. Whether you were in crypto, consumer tech, or fintech, everything was going to the moon,” Thompson says. “Now I think a lot of these companies are going to have to figure out, ‘Okay, which of us were good at raising money, and which of us were good at actually being a CEO?’ … We're gonna see the distinction between those companies very soon.”

As the Federal Reserve considers raising interest rates to try and reduce inflation, Thompson says a recession could be on the horizon.

“What the Federal Reserve is trying to do, to a certain extent, is destroy demand. They're trying to destroy aggregate demand, enough that inflation comes down, but not so much that we are tipped into a terrible recession that causes unemployment to go up,” he says. “That's really difficult. Walking that tightrope is hard.”

Thompson adds that everyday people are feeling confident about their own financial standings — but there’s a disconnect with the national economy.

“When they look at their own checking account, or they look at their own savings, they say, ‘Well, I have more savings than I did three years ago. My wage is higher than it was three years ago. So my own financial wellbeing is at least okay. But I look at the economy, and oh my god, like look at everything that's happening. You've got inflation, and tech stocks are falling, and you've got all of these shortages.’ … So maybe it's reasonable to say, ‘I'm doing okay, but everything else is terrible.’ But it's also possible that people are a little bit delusional.”