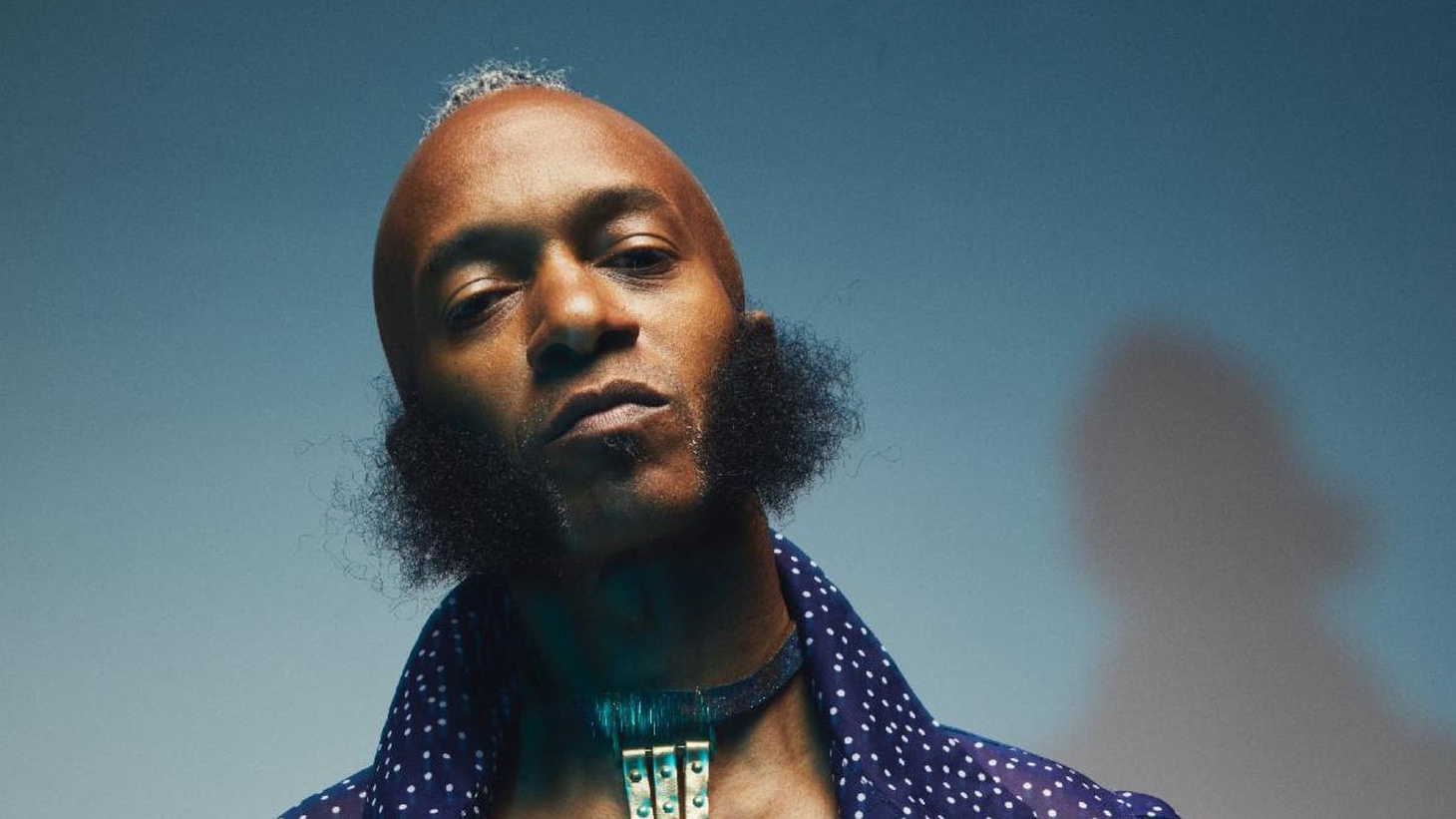 “We don't need to be put in these boxes with these slogans and entrenched in this immovable ideology. There's people that came before us that really got things done. And I think it's beautiful and inspiring,” says musician Fantastic Negrito. Photo courtesy of Fantastic Negrito.

During the early days of the pandemic, Black roots musician Fantastic Negrito uncovered a family secret from nearly 300 years ago. His ancestor Elizabeth Gallimore was white, Scottish, indentured servant working in Virginia, who fell in love with an enslaved Black man from a nearby plantation.

Dphrepaulezz tells KCRW he discovered his hidden ancestry after producing his third studio album. The pandemic just hit, and he had a lot of time on his hands, so signed up for Ancestry.com.

“I was really curious [about] my third-generation grandparents, whom I had pictures of, [but] discovered that they were born during slavery. I thought, ‘Where did they get these nice clothing from during slavery? This seems odd and strange.’”

He adds, “I Googled ‘white indentured women that fell in love with enslaved men.’ Zero. Nothing. I got no hits. There's a lot of stories of white men who were the slave owners that had mistresses, but never reversed. And it gave me a whole different outlook just on race.”

Then Dphrepaulezz discovered a document that labeled them as “registered free negros.” He thought it was an error and that only white parents made such a circumstance possible.

So Dphrepaulezz went further back into history, and discovered his seventh generation ancestor: Gallimore. Another document, from the Amelia County Court in Virginia in 1759, declared she had unlawfully cohabitated with a “negro slave” and had “mulatto” children.

Then all the pieces fell into place.

“All the bells and the alarms went off because the shock was that Elizabeth Gallimore, my seventh-generation grandmother, was a white woman. And I just never heard of anything like that. And what was inspiring to me is: Wow, no matter what, these people viewed their obstacles as fuel for their challenges, as an opportunity to get something done, something quite basic and to all of us, which is attraction and love and two organisms rubbing up against each other.”

A song for Elizabeth

The seventh song on Dphrepaulezz’s new album is titled “Oh Betty,” and it’s sung from Gallimore’s perspective. He earnestly nicknamed her Betty and his grandfather Courage.

“This was basically ‘Romeo and Juliet’ to me. I mean, it's such a beautiful and inspiring love story. I think he was saying the most basic thing: that he loved this person, this woman, this human being, and he missed her intensely.”

Through old documents, he infers that at some point, Gallimore and Courage could have been separated due to their statuses as enslaved and indentured servants. He also discovered that their kids were born and classified as “bound apprentices,” which means they were also considered servants.

“To love [someone] dearly that you created a family with and suddenly [have that] ripped from you — I don't think we could ever imagine that happening in this modern era, but it is a part of American history. And it happened not too long ago. So I wanted to write from grandfather Courage’s perspective [of] loss [and] love missing.”

Dphrepaulezz’s ancestry search also revealed new information about his immediate family. He discovered siblings his father hadn’t told him about.

He also learned that his last name was fake. It’s actually Perpall.

“I say it was the name to fool white people. Because growing up, even now wherever I go, people see my last name and they stop. And they look at me.”

Dphrepaulezz thinks his father changed the name so people would view him differently as he navigated through Jim Crow and racism of his era.

“My father was born in 1905. My mother was 33 years younger than him. So he made up that name in the 1920s so that people would view him differently. And that's initially where I came up with this idea [for my record] — ‘White Jesus, Black Problems.’”

The last time Dphrepaulezz saw his father was at age 12, when his dad kicked him out of the house. He says it’s probably because he was a lot like his father.

“I was completely rebellious and questioning authority and not wanting to fit into this box or that box. And it was raising hell. You got 14, 15 kids — if someone decides to be rebellious, and you're a senior citizen, you don't have time for that. And coming from that generation, people would disown their kids. So I was disowned by my dad [and] left on the streets in Oakland to fend for myself at 12. But I have no hard feelings.”

He says he needed those experiences to grow and learn how to help others.

“As I grew older, I was like, ‘We're all the same. No one is really special. And we need more of that message of ‘we can, we will, we must, we can do it, we can overcome everything,’” he says. “We don't need to be put in these boxes with these slogans and entrenched in this immovable ideology. There's people that came before us that really got things done. And I think it's beautiful and inspiring.”