(L to R) Barry Gibb, Maurice Gibb, and Robin Gibb were reunited in the recording studio together at Soho London September 3, 1970. Photo courtesy of Getty Images/HBO

The Bee Gees — brothers Barry, Robin, and Maurice Gibb — became pop idols in the late 1960s and then mega stars in the 1970s. They sold 200 million records. Robin and Maurice were twins and Barry was three years older, but they often said it felt like they were triplets.

With their fame and riches came drugs, jealousy, in-fighting, and the death of their younger brother Andy Gibb, who was 30 when he died from a drug-related heart attack.

Maurice and Robin have died since then, leaving just Barry, now 74 years old.

Director Frank Marshall says he approached the documentary as an examination of brotherhood and family. When the Gibbs first formed the band and lived in Brisbane, their father Hugh was their manager and helped create their first demos. Once they moved to England, businessman Brian Epstein discovered the trio and introduced them to Robert Stigwood, who later became the band’s manager.

“[Hugh] let Robert Stigwood take the Bee Gees and develop them into the amazing musical group that they became, and he really became their sort of father figure,” Marshall says.

Before their breakthrough in the U.S., the Bee Gees had hits in the U.K., such as “Massachusetts” and “I’ve Gotta Get a Message To You.”

Marshall says despite jealousy between the brothers, they eventually became a cohesive unit while songwriting and developing ideas.

“They were kind of on the front wave of global pop stardom. … They were so young. They had a lot of money. They had everybody throwing things at them. Inevitably the drugs and the alcohol started to take its toll,” Marshall says. “They kind of woke up one day and said, ‘This has got to stop if we're going to stay together.’” 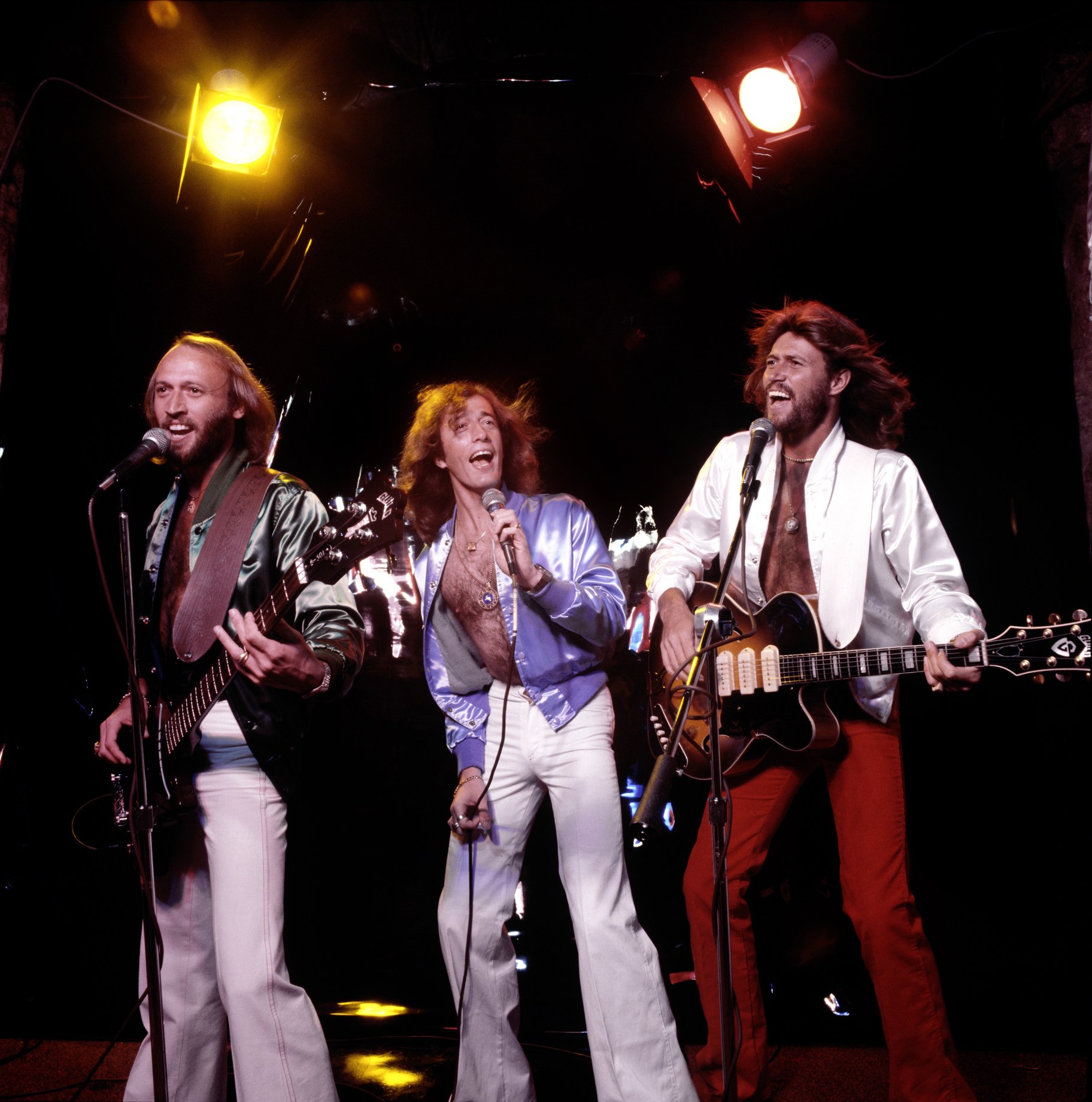 Marshall says that period of excess led the brothers to move to Miami, at the suggestion of Eric Clapton. There, the Bee Gees found their new sound — Barry Gibb’s falsetto — while they were recording “Nights on Broadway.”

“Arif Mardin, who was their producer at the time, asked if somebody could do something to end the track. And Barry went in and took a swing at it, and he came up with singing in this falsetto. He didn't even know he could do it,” he says.

In the early 1970s, at the suggestion of Stigwood, the Bee Gees traveled to the Honky Château in France to record new music. Marshall says Stigwood advised them to record there for tax reasons. Stigwood then approached the band to record music for a new movie he was producing.

“They got this call from Stigwood, who said, ‘I've bought this [New York Magazine] article and I'm going to do a movie. … We need a few songs from you,” Marshall explains. “A couple of weeks later, he got this cassette with five songs on them. “

It included “Staying Alive,” “More than a Woman,” and “Night Fever,” many of which became lead singles for the 1977 film “Saturday Night Fever.”

According to Marshall, all five songs went on to become top 10 hits.   Between 1977 and 1980, the album sold 25 million copies, more than any album at the time. According to the U.S. Library of Congress, 200,000 copies were sold at the peak of its popularity. In 2012, the soundtrack was added to the National Recording Registry at the Library of Congress.

Following the success of the “Saturday Night Fever,” dance music became synonymous with disco music, and it rose from the underground to the mainstream.

Despite their rise in popularity, the band soon faced repercussions.

“It was like waves in the sea. They would just play Bee Gees music all day, and people got tired of it. There was a backlash to not only the music, but to the commercialization of disco,” he says. “There was this huge backlash against disco and the Bee Gees very unfairly got caught up in it.”

Marshall says the band didn’t understand why they became the face of disco as it lost its popularity.

Eventually, the band fell out of the limelight and started writing music for other artists, including Barbra Streisand, Dolly Parton, Celine Dion and Dionne Warwick.

“They were obviously songwriters their whole career. But now they became just songwriters, and they wrote so many tunes for other people that became number one hits. It was kind of amazing.”

Deaths in the family

After the band got back together in the 1990s, brothers Maurice and Robin Gibb died in 2003 and 2012, respectively.

“He’s still very sad. He misses his brothers greatly. But he's starting to come back. And we really wanted to celebrate their legacy and their artistry and their resilience.” 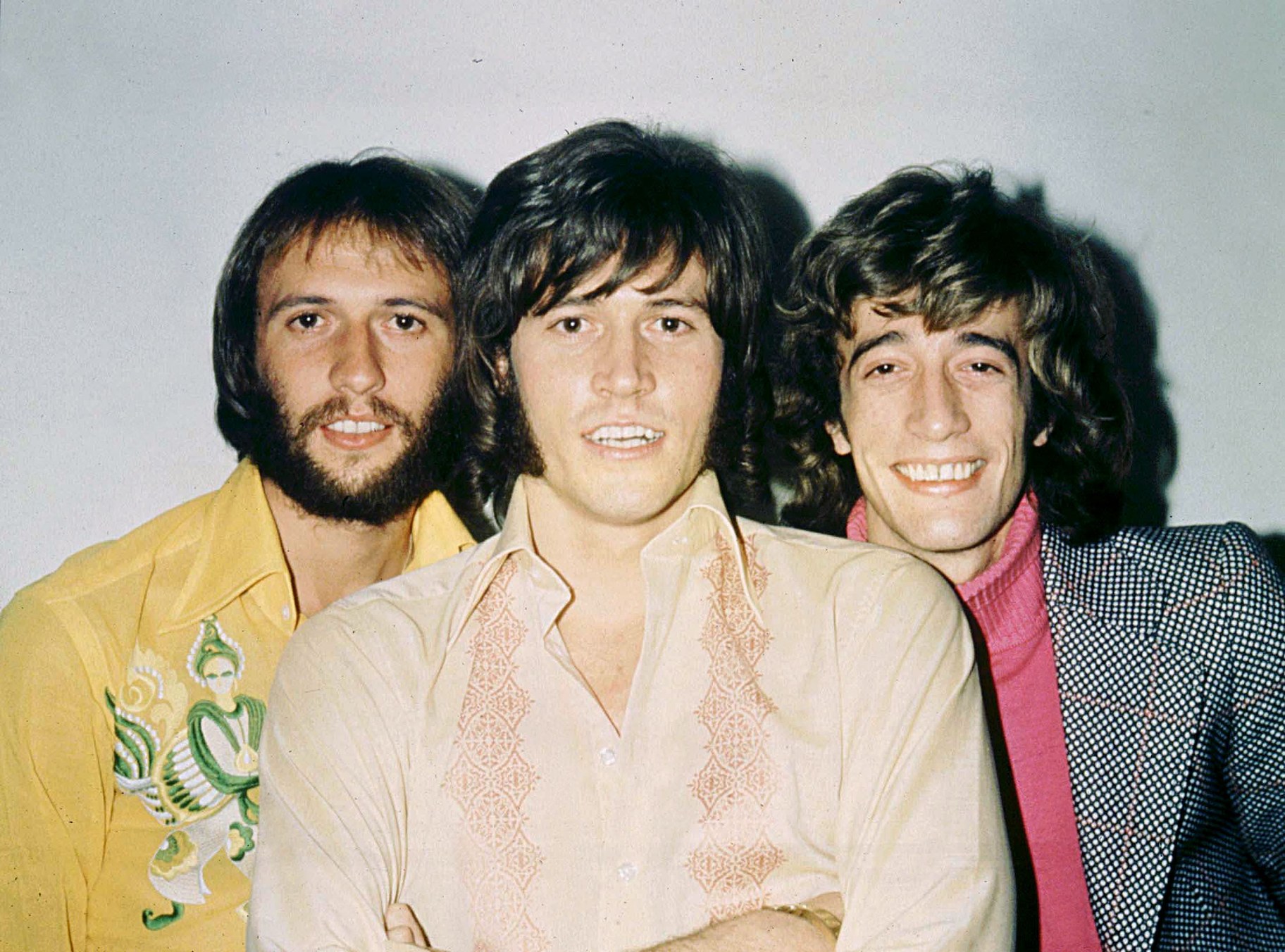