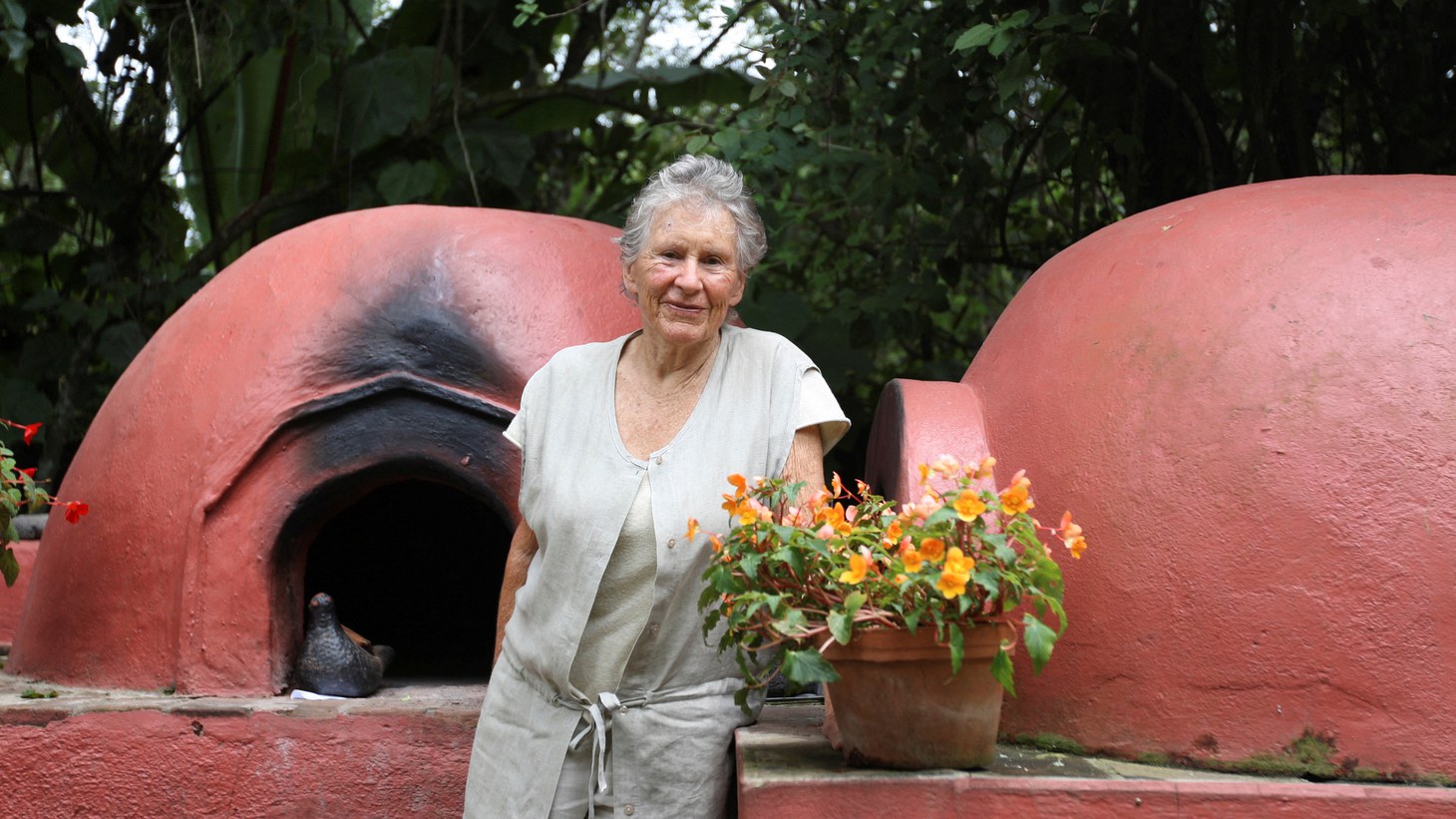 Diana Kennedy smiles in front of bread ovens at her house in the city of Zitacuaro in the western state of Michoacan, September 12, 2008. Credit: Tomas Bravo/Reuters.

Diana Kennedy, a British writer who dedicated her life to promoting and cooking diverse Mexican food, died on July 24 at age 99. The two-time James Beard Award winner published nine cookbooks and hosted a cooking show. In 1981, Mexico awarded her the country’s Order of the Aztec Eagle, its highest honor for foreigners.

“She liked to say, ‘My driver's license is good through 100.’ And that was her big joke. … She's a titan in the food world. And that's been felt, I think, across a lot of the chefs and cooks,” says Elizabeth Carroll, director and writer of “Diana Kennedy: Nothing Fancy.”

Kennedy was born in 1923 and purposefully led a rebellious lifestyle from day one, Carroll says, and while traveling, she ended up in Haiti and met her future husband in a hotel lobby in Port au Prince. He was Paul Kennedy, the New York Times correspondent to Mexico and Central America at that time. The two had a house together, where she invited people over and cooked for them.

“She simultaneously fell madly in love with Mexico, fell in love with the culture, and the people, and the food especially. … She realized that some of the recipes that she was discovering … were not being recorded and maybe were at risk of being lost. So I think that's when she got this wind of passion and desire to almost anthropologically start recording a lot of the recipes that she found.”

Kennedy was most passionate about getting things right, Caroll says. “What was authentically Mexican was correct to her. And she saw it as this very exacting science in this encyclopedic way.”

The writer lived in Mexico for more than 65 years, where many cooks and chefs felt that she had strong impact on them, Carroll says.

However, not everyone was a fan. “She was a difficult person and was not afraid to be that way, and was not about to change for anyone.”