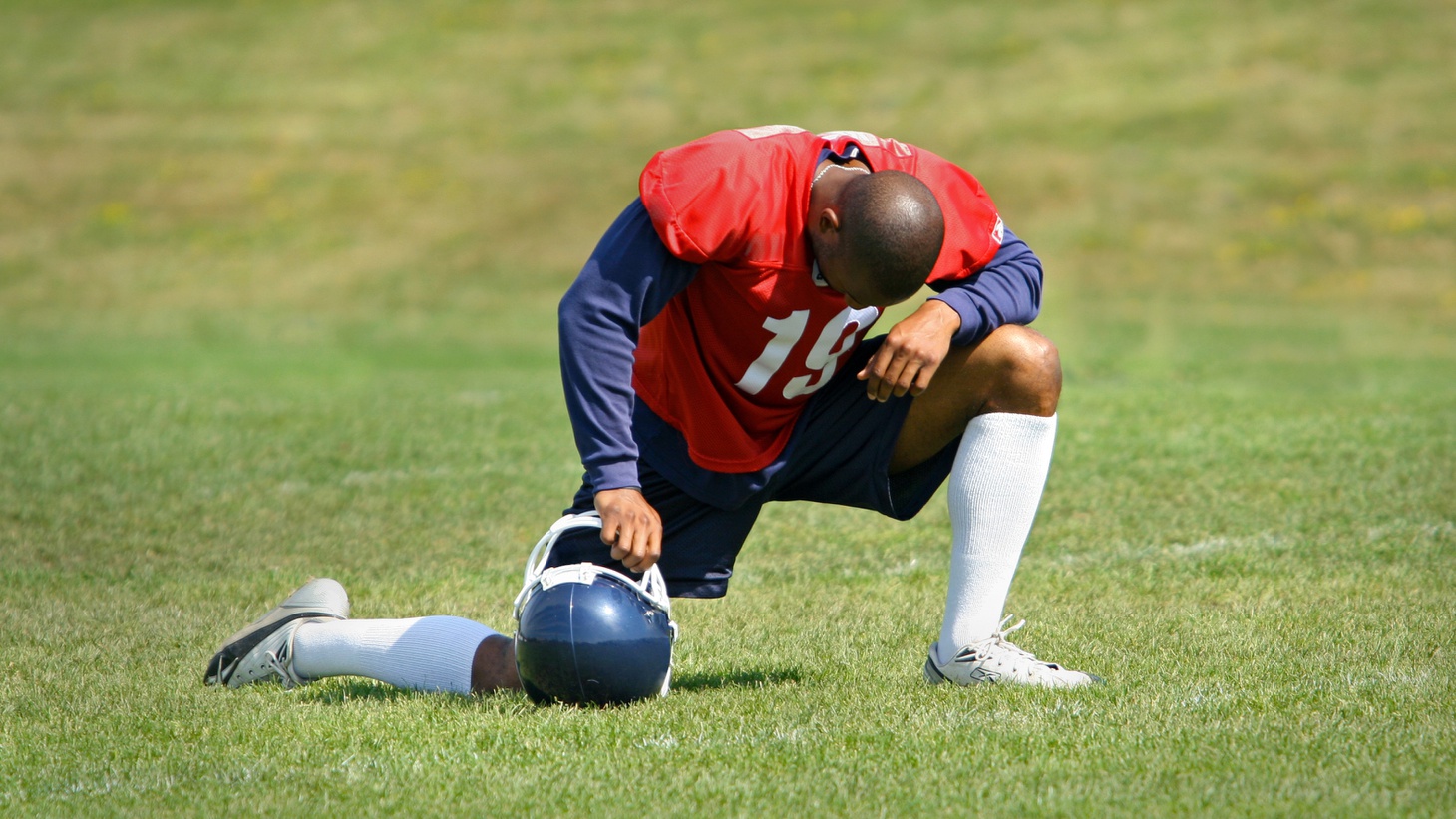 A football player prays on one knee. Football coach Joseph Kennedy in Washington state says his contract was not renewed because he publicly led prayers after a game. Photo by Shutterstock.

The U.S. Supreme Court is considering a case about a public high school football coach who led a prayer on the playing field.

But she argues that despite legal precedent, the current makeup of the Supreme Court could rule in favor of the football coach.

Meanwhile, a New York judge is holding former president Donald Trump in contempt of court for refusing to hand over his business records to State Attorney General Leticia James. He’s being investigated over whether he manipulated the value of his properties. Trump will be fined $10,000 a day until he complies with the subpoena.

The judge now wants Trump to hand over more documents or sign under oath that there aren’t any more, says Levinson.