A memorial is set up at Marjory Stoneman Douglas High School in Parkland, Florida, February 14, 2021. It marks the three-year anniversary of the mass shooting that broke out there on February 14, 2018. Three staff members and 14 students were killed in the shooting. Photo credit: InStar/Cover Images via Reuters Connect

More than 10 mass shootings happened in the U.S. last weekend, including one in LA that left one person dead and several hospitalized. Just this year alone, the country has seen nearly 200 instances of gun violence in which at least four people, not including the shooter, were shot or killed.

The pandemic and last year’s racial justice protests made it easy to forget how much gun violence there is in our country. And now that it feels like it’s coming back, it’s reminiscent of a moment toward the end of 2017 and the beginning of 2018 when we saw three of the deadliest mass shootings in U.S. history.

In October 2017 in Las Vegas, a gunman opened fire on a music festival from a high-rise hotel, killing 60. A month later, 26 were murdered in a church in Sutherland Springs, Texas. Then on Valentine’s Day 2018, 17 students and staff were killed at Marjory Stoneman Douglas High School in Parkland, Florida.

During those five months, it was easy to feel despondent about what was happening. But after Parkland, the response felt different because the students who were directly affected spoke out. Many of the survivors became gun control advocates and founded the March for Our Lives movement.

Kim A. Snyder won a Peabody Award for her 2016 documentary, “Newtown,” about the aftermath of the Sandy Hook shooting. Her latest film is “Us Kids,” which follows Parkland survivors, including Sam Fuentes, as they recover from their injuries, process their grief and trauma, and try to prevent another school shooting.

During the shooting, Fuentes was shot in the legs, and was wounded by shrapnel in her face. She says at first, she didn’t want to acknowledge what had happened to her, then eventually tried to dissociate herself from the tragedy entirely.

“Many times I felt almost like a character in a larger story instead of a victim of this terrible atrocity. And I think it was just because it was easier for me to process, because then it wasn’t my trauma, right? It was someone else’s trauma,” Fuentes says. “One thing about this film is that you see what actualizing is for me. And that was not just becoming an activist, but working alongside people who have experienced that kind of trauma. And a part of taking my life back and reorienting myself into my own life was giving myself a sense of power and control.” 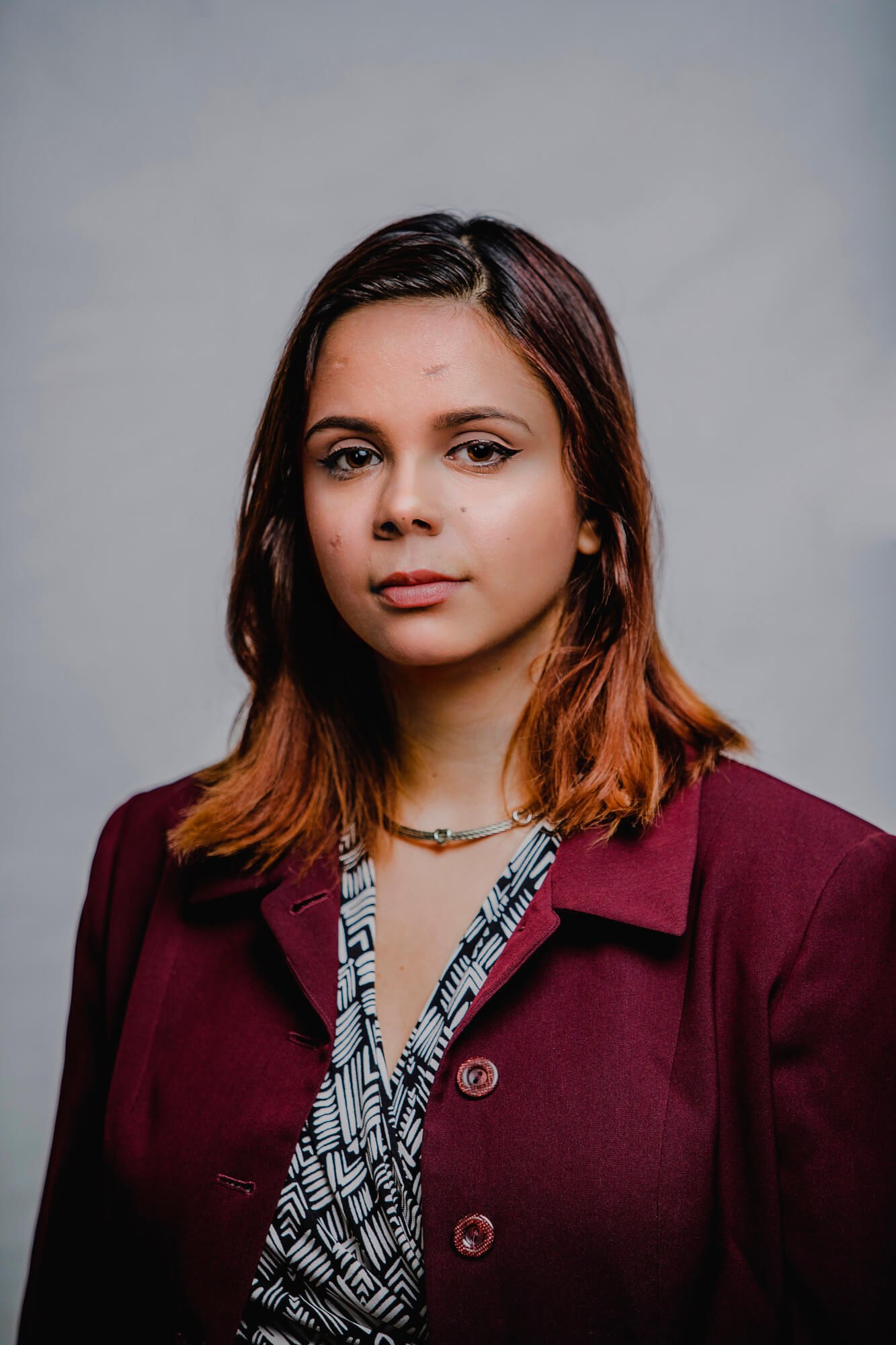 “One thing about this film is that you see what actualizing is for me. And that was not just becoming an activist, but working alongside people who have experienced that kind of trauma,” says Parkland survivor and gun control activist Sam Fuentes. Courtesy of Sam Fuentes.

Snyder says that’s a phenomenon she observed when making her documentary “Newtown,” although in that instance, she focused on adults.

“It seems to be a real hallmark for many people like Sam to, as she said, reclaim your narrative is to find purpose. There’s a line in the movie [where Sam says] that [she] wouldn’t feel whole if [she] weren’t doing something about the fact that [her] friend was murdered next to [her],” Snyder says. “And it reminded me a lot of what we thought about or experienced, for those of us who are older, in the Vietnam era. People who were fallen and killed — and needlessly.”

Fuentes’ close friend Nick Dworet was one of the 14 students shot and killed at Parkland, and he died right next to her in their classroom. He was a swimmer at Stoneman Douglas, and planned to compete in college at the University of Indianapolis, with the ultimate goal of making the 2020 Olympics in Tokyo.

“He was just an incredibly hard worker, and he was passionate about the things that he did, and he put all of his energy, and all of his planning into the things that he cared deeply about. And it wasn’t just swimming. That was his family, this was his friends, and he was just a generous and giving guy all around,” Fuentes says. “And that selflessness was something that I wanted to embody. This idea that this was hopefully what he would want — out of anything that I could do for him — is fight against that form of injustice that affected him.

I don’t quite see a life that I can live that doesn’t involve constantly recounting the situation. For the rest of my life, I’ll be affected by the symptoms of PTSD and depression and anxiety, and so I think the only logical way to combat that was just to work really, really hard at it. And that’s something that Nick also embodied as a person. So I suppose that’s how I memorialize him. And how I memorialize all the people who we’ve lost to gun violence.”

On March 24, 2018 — what would’ve been Dworet’s 18th birthday — Fuentes spoke at the March for Our Lives rally in Washington, DC. She threw up in the middle of her remarks out of fear that she could be an easy target for a shooter in the audience.

“That’s the unfortunate thing about PTSD is that it sneaks up on you at the unkindest of moments, and that’s a reality that victims of gun violence face. Once they have a situation in which their life is endangered, it’s easy for them to believe that the rest of their life is at question, at risk,” Fuentes says.

She says now when she’s in public, she finds herself questioning peoples’ intentions and body language, sizing up crowds, and checking for exits and escape routes. None of those are things a 21 year old should be worrying about - but that’s her reality. And those victims who’ve experienced gun violence first-hand are at the forefront of the March for Our Lives movement.

“As helpful as it is to have representation, it’s also really saddening to think that we’re asking a bunch of kids to be the strong ones,” Fuentes says. “To push their grief and trauma aside, to fight for something that at times we feel like people don’t give a damn about.” 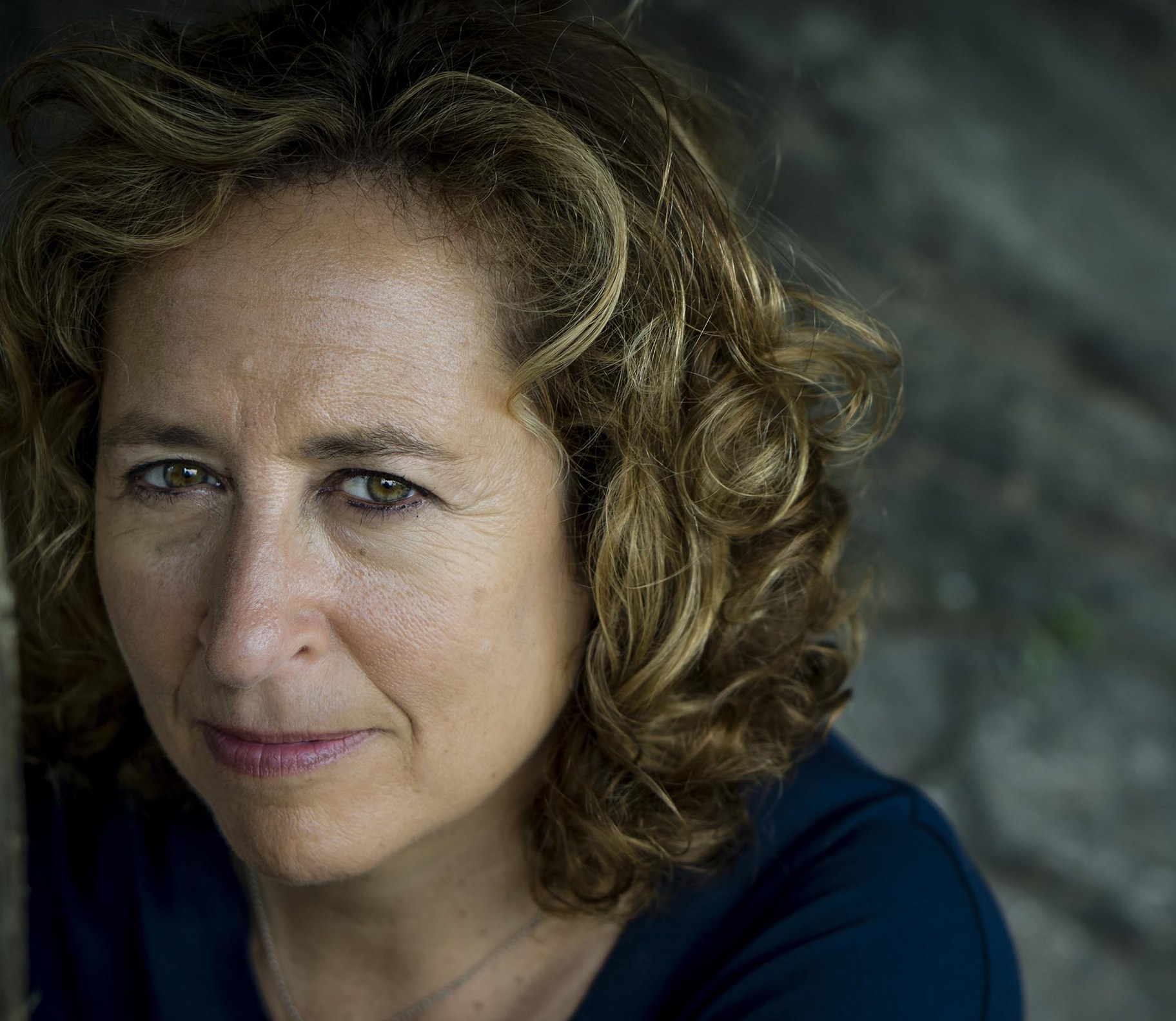 “These kids and people who’ve lost people, they don’t quit. They don’t really have a choice. So it’s relentless. It’s a lifetime of work. And we all know that movements take time,” says director Kim A. Snyder. Photo courtesy of Kim A. Snyder.

Snyder says it’s easy to feel numb about the sheer number of mass shootings in the U.S., and the feeling of hopelessness toward solving the problem.

“The public’s becoming inured, and each time almost more numb, but I’m not sure the kids are. I feel like they become more angry, and more traumatized,” Snyder says. “These kids and people who’ve lost people, they don’t quit. They don’t really have a choice. So it’s relentless. It’s a lifetime of work. And we all know that movements take time. So I do think the conversation changed in some ways after Newtown, and I certainly think it changed after Parkland. So I don’t want to sound [like a] Pollyanna, I think it’s maddening. But I have hope in Gen Z, and this generation of kids.”