An aerial view shows “the Death Star” theater at the Academy Museum of Motion Pictures in Los Angeles, March 11, 2021. Photo by Ringo Chiu/Shutterstock.

A giant glass dome known as “the Death Star” now sits on the corner of Wilshire Blvd. and Fairfax Ave. It’s the David Geffen Theater at the new Academy Museum of Motion Pictures (AMMP), which is set to open September 30. Built inside the old May Company building, the site has been redesigned by Italian architect Renzo Piano.

The unusual-looking glass dome is intentional, according to LA Times culture columnist Carolina Miranda. She says the design is an homage to classic airships, like zeppelins and dirigibles. That’s because the region used to be an old airfield owned by Cecil B. DeMille.

“It was a big open field with some oil drilling and dirigibles and small planes. That's all there was. There was no Miracle Mile. It was very un-miraculous,” she tells KCRW.

Initially, Miranda says she was unsure about the design when she saw the building’s renderings a few years ago. But now, she can understand the vision.

“You can really feel the circular forms of the building. You feel like you are setting foot inside a spaceship,” Miranda describes. “The whole idea is that movies take you on a journey, and you are entering the structure and it is going to take you on a journey, and it is swathed in this incredible ruby red. It's like you were in a womb of red carpet."

Miranda says the May Company building was built in 1939 and designed by AC Martin and Samuel Marx. It was the company’s first branch, and it was dubbed the “store of tomorrow” when it opened.

“Everything about it was futuristic. It was clad in limestone with black marble, that gold cylinder on this side of it [was] covered in Italian mosaic tile. It was the western gateway to the Miracle Mile,” she says. “It really is this kind of gleaming and incredible example of streamline moderne architecture. So I'm glad to see how it has been reused in this whole new and rather futuristic way.” 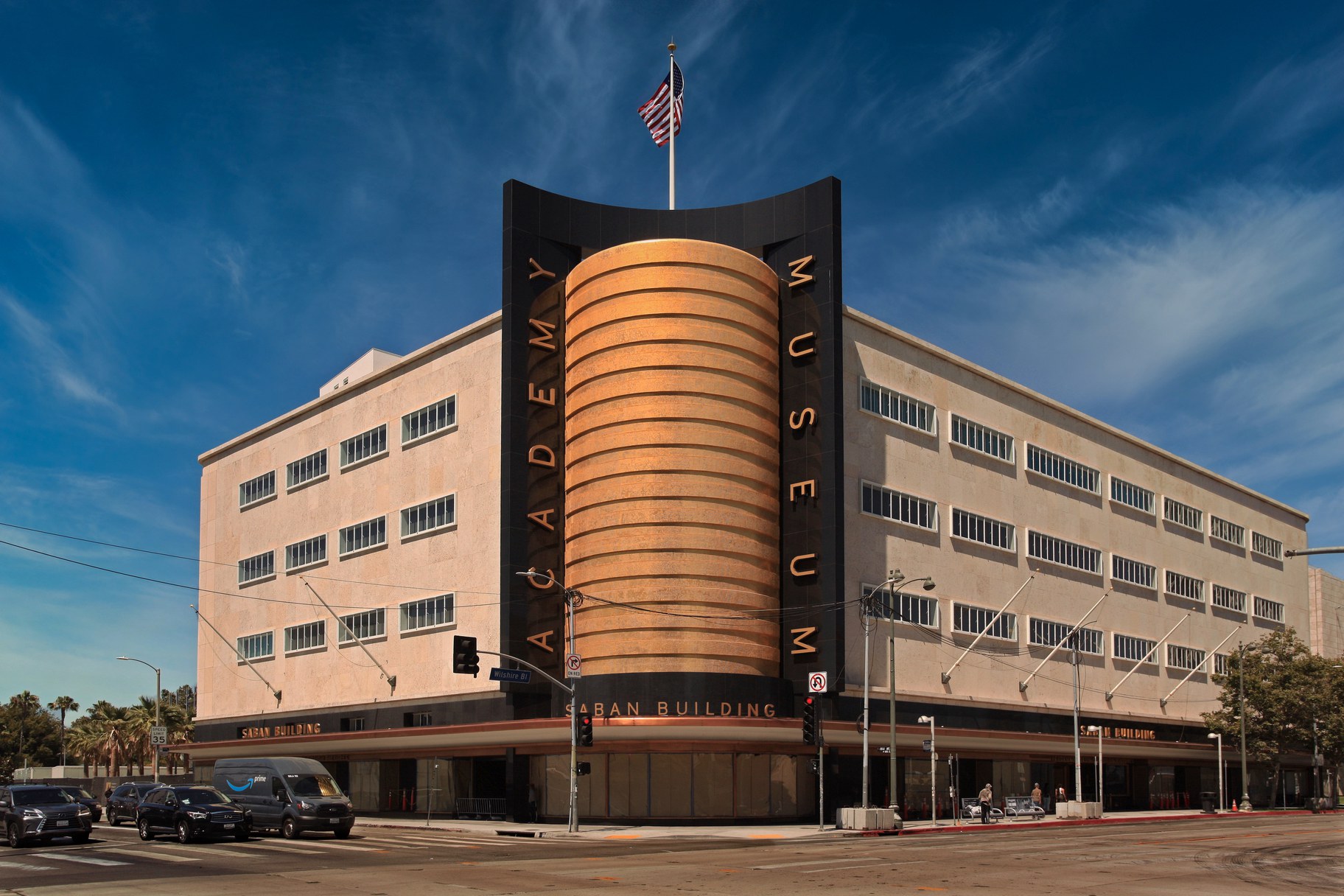 The Academy Museum of Motion Pictures is located at Wilshire Blvd. and Fairfax Ave. Photo by Elliott Cowand Jr/Shutterstock.

Today, architects have gone to great lengths to preserve the original design of the building’s exterior. As for the interior of the 300,000 square foot complex, Miranda says it’s been taken back to basics, using concrete flooring and columns to set up a space where different exhibits can come to life.

“It's very, very simple, which is a good thing because exhibitions about movies are very, very complicated because you have to have different light settings, and different sound settings, and all kinds of different environments in which to host this. So it's given the exhibition designers plenty of flexibility to create these mini set pieces that take you through the story of film.”

Why overseas orders are taking so long to arrive, and LA gets new movie museum

President Biden spoke to the United Nations General Assembly today, trying to make the case that “America is back.” But the world may be skeptical, given the U.S.’ dust-up...

“The fact is that for most of us, the data suggests that we still got lots of strong protection, especially against serious disease. So rushing headlong to get a booster …...

Cargo ships are piling up at ports. What’s clogging the supply chain, and should you order holiday gifts now?

People are waiting more than two months now to receive their overseas orders. “The lead times have doubled, the cost has gone up almost 500%. We are truly just dealing with...

‘Antiques Roadshow’: Most appraisals don’t get sold, so how has the PBS show stayed popular over 25 years?

“ Antiques Roadshow ,” a mainstay on PBS for the last 25 years, is known for its jaw-dropping appraisals of collector treasures. But it turns out that most of the time,...

“You can really feel the circular forms of the building. You feel like you are setting foot inside a spaceship. The whole idea is that movies take you on a journey, and you...