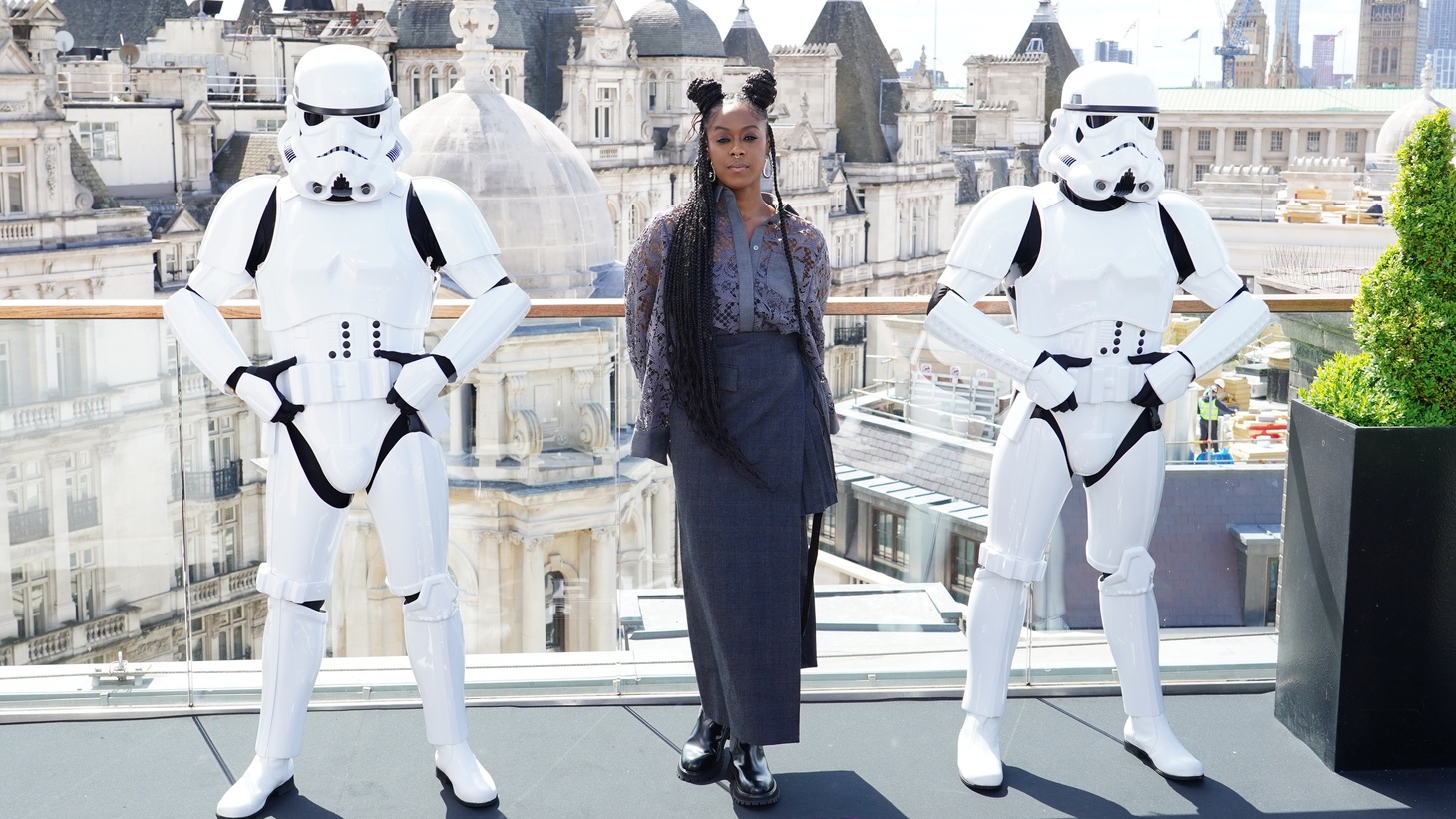 Actress Moses Ingram attends a photocall ahead of the release of the Disney+ series “Obi-Wan Kenobi,” at the Corinthia Hotel in London on May 12, 2022. Photo credit: REUTERS/Ian West.

The internet can be an ugly place, even in a galaxy far, far, away. Some fans of the new Disney+ show “Obi-Wan Kenobi” are not pleased to see the debut of Black actress Moses Ingram, who stars as a villain in the series. Ingram has received hundreds of anti-Black, misogynistic messages. Some included threats and the n-word.

This isn’t the first time that “Star Wars” fans have bullied actors of color. John Boyega, who’s Black, and Kelly Marie Tran, who’s Asian American, were also attacked when they joined the franchise.