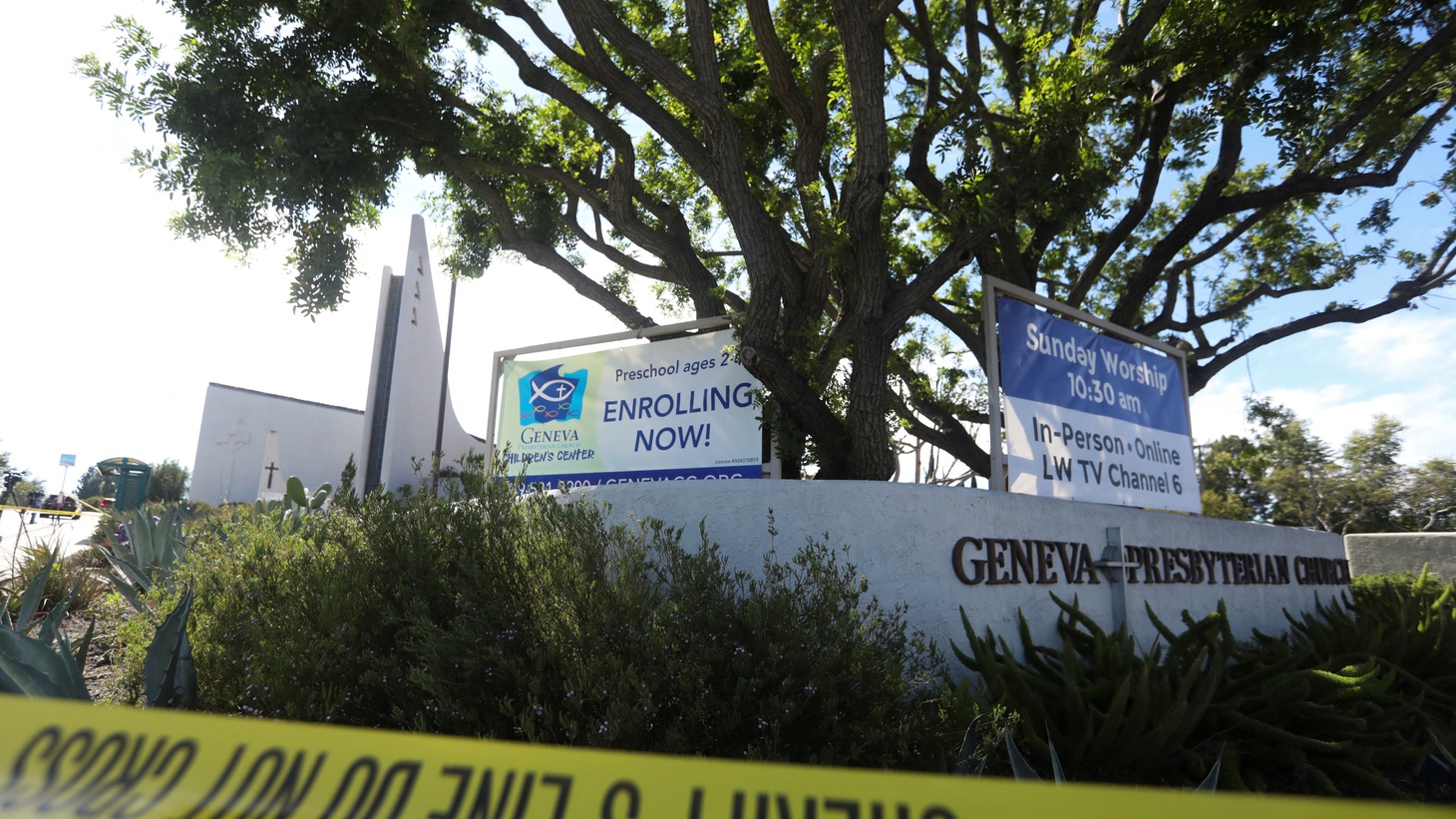 The Geneva Presbyterian Church is pictured after a deadly shooting where one person was killed and five were wounded in Laguna Woods, California, U.S. May 15, 2022. Photo by REUTERS/David Swanson.

On Saturday, 13 people were shot, and 10 died in a mass shooting at a Tops grocery store in a predominantly Black neighborhood in Buffalo, New York. Police have identified the suspect as an 18-year-old white male who was motivated by racist ideaology, and they say he drove hundreds of miles to carry out the attack and live-stream it. It’s one of six mass shootings that happened over the weekend, including one locally in Laguna Woods at a Presbytarian church. One person was killed and five were wounded. A suspect in that shooting is in custody after some congregants managed to tackle and tie him up. These incidents have renewed calls for stricter gun laws in the country, even as federal courts continue to gut gun control measures.

“The year-to-year increase we saw from 2019 to 2020 in homicide was the greatest we've ever seen historically, in 100 years of record keeping.  … Homicide rates in 2021 were [on average] 45% higher than they were just two years earlier in 2019. And 2022 is on pace to exceed 2021,” says Dr. Garen Wintemute, an emergency medicine physician and the director of the Violence Prevention Research Program at UC Davis.

He attributes the spike in gun violence to the COVID-19 pandemic and how people have coped through it.

“There was an absolutely unprecedented … surge in firearm purchasing. A sudden spike in access to firearms in the United States. And we have no choice but to live through the aftermath of that,” he explains. “We saw huge spikes in unemployment, which drives violence. We saw social disruptions of many sorts, just from the pandemic. There was George Floyd's murder, other instances of police violence reactions to those. Then summer hit and rates of violence always go up in the summer. Then it was a federal election year … marked by violence, including an assault on the Capitol incited by the sitting president.”

Right now, Wintemute says it's critical to focus on how to prevent these mass acts of violence. He recommends staying aware of what the people around you are talking about and look for any hints of violence.

“We know that upwards of 80% of people who commit a public mass shooting telegraph the punch. They say something to friends and social acquaintances. They're on the internet, writing manifestos and so forth. And what can we do? Start out with something very simple. And that is: If you see something, if you hear something, say something, because there are people who are in a position to intervene and prevent a threatened mass shooting from occurring.”