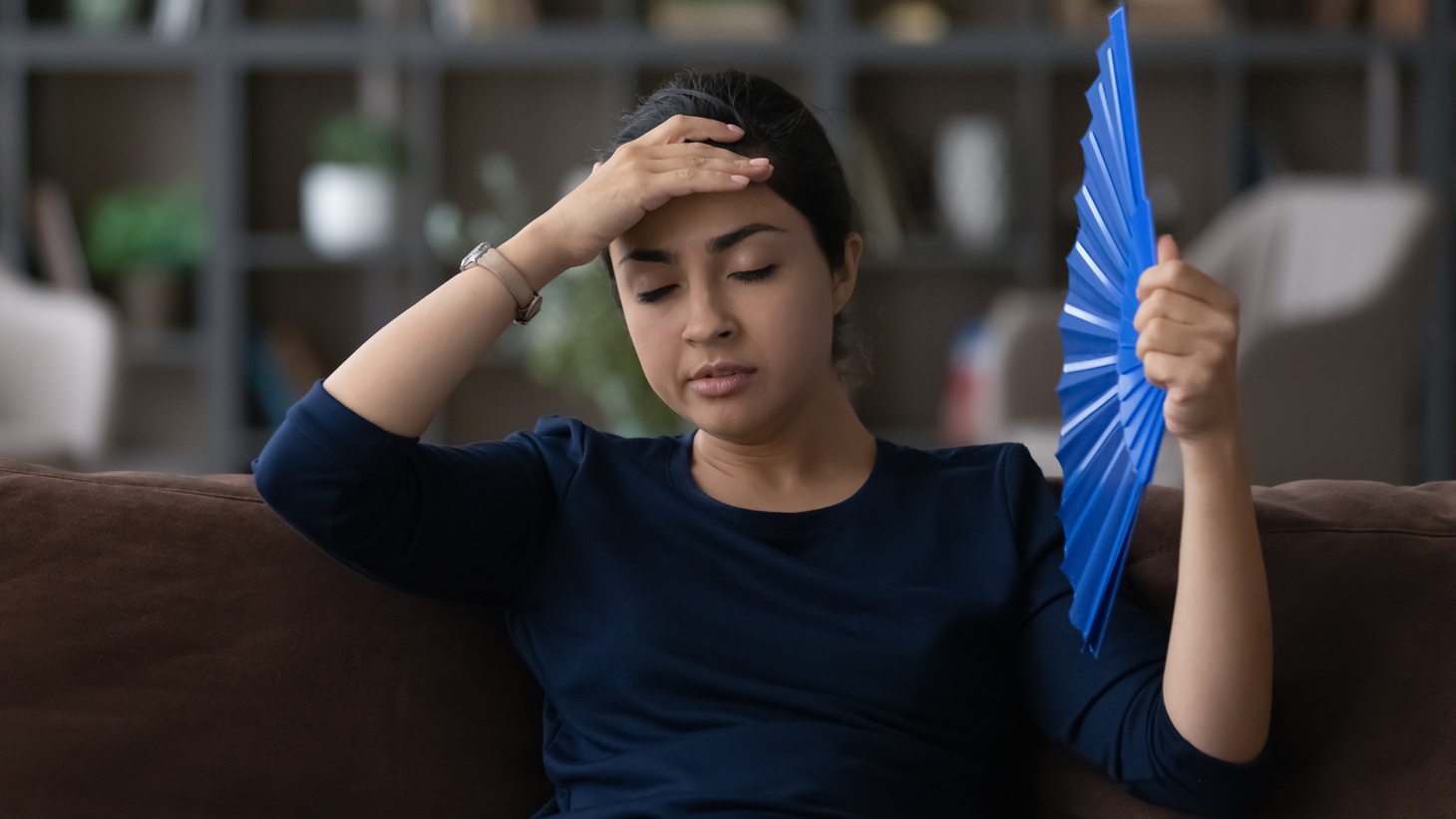 A woman fans herself at home to cool off. In LA, one-fifth of homes don’t have air conditioning, according to the U.S. Census Bureau. Photo by Shutterstock.

Californians have spent several straight days coping with a record-breaking heat wave, and the most vulnerable residents are seniors, children, people with preexisting health conditions, those living on the streets, and low-income communities.

“The policies regarding heat, or access to air conditioning more specifically, are really distorted across the United States. So some states do have heat protections. Some states don't. And it just seems like we're more slow to really wake up to the public health threat of extreme heat,” says Kelly Sanders, a professor of environmental and civil engineering at USC.

She adds, “We really have to think about some of our more vulnerable communities, as well as … agricultural workers, construction workers, our homeless population,” she adds.

In LA, one-fifth of homes don’t have air conditioning, according to the U.S. Census Bureau. The state has no rule setting the maximum temperature allowed inside buildings, though there’s a minimum requirement of 70 degrees Fahrenheit, Sanders points out.

Even if landlords provide air conditioning, there’s still the matter of being able to afford the electricity bill that comes with its use, says Severin Borenstein, who’s on the state board overseeing California’s electric grid. He’s a professor of business administration and public policy at UC Berkeley.

He notes that some California cities might start requiring AC access, but more of it means a heavier strain on the state’s power grid. On a typical summer day, the load is about 30,000 megawatts, but it could rise to 50,000 megawatts on extreme days, he explains.

“Air conditioning is not like charging [electric vehicles] when we can get people to do it at a different time in the day. We can move a little bit of that demand by saying ‘pre-cool your house,’ but most of it is going to occur all at the same time. When everybody is hot, it's the afternoon, and they want to cool their houses. And so that's a real problem,” he explains.

As a result, the state’s power grid will need serious upgrades to handle more air conditioning. That includes the overall energy supply, but also new distribution lines that carry the power.

Borenstein says the best way to avoid rolling blackouts is to turn up the temperature on an air conditioner and wearing lighter clothes.

So far, the state has avoided blackouts, but temperatures are expected to spike again on Friday.

As a heat wave continues in California, policies about air conditioning access are distorted, says a USC professor. And 20% of LA households don’t have AC.

Agua fresca is an iced drink made of water and minced or pureed fruit or vegetables, sweetened with sugar, and seasoned with lime or lemon juice.

Amid heat and drought, farmers are watching their crops wither

Due to drought, vital agricultural products — corn, wheat and tomatoes — are seeing the lowest yields in years. What does this mean for California farmers and consumers?

The FAST Recovery Act, recently signed by Gov. Newsom, will set up a state-appointed council to protect fast food workers, and could help boost their wages to $22 an hour.

Why do politicians fail at podcasting? They can’t get personal