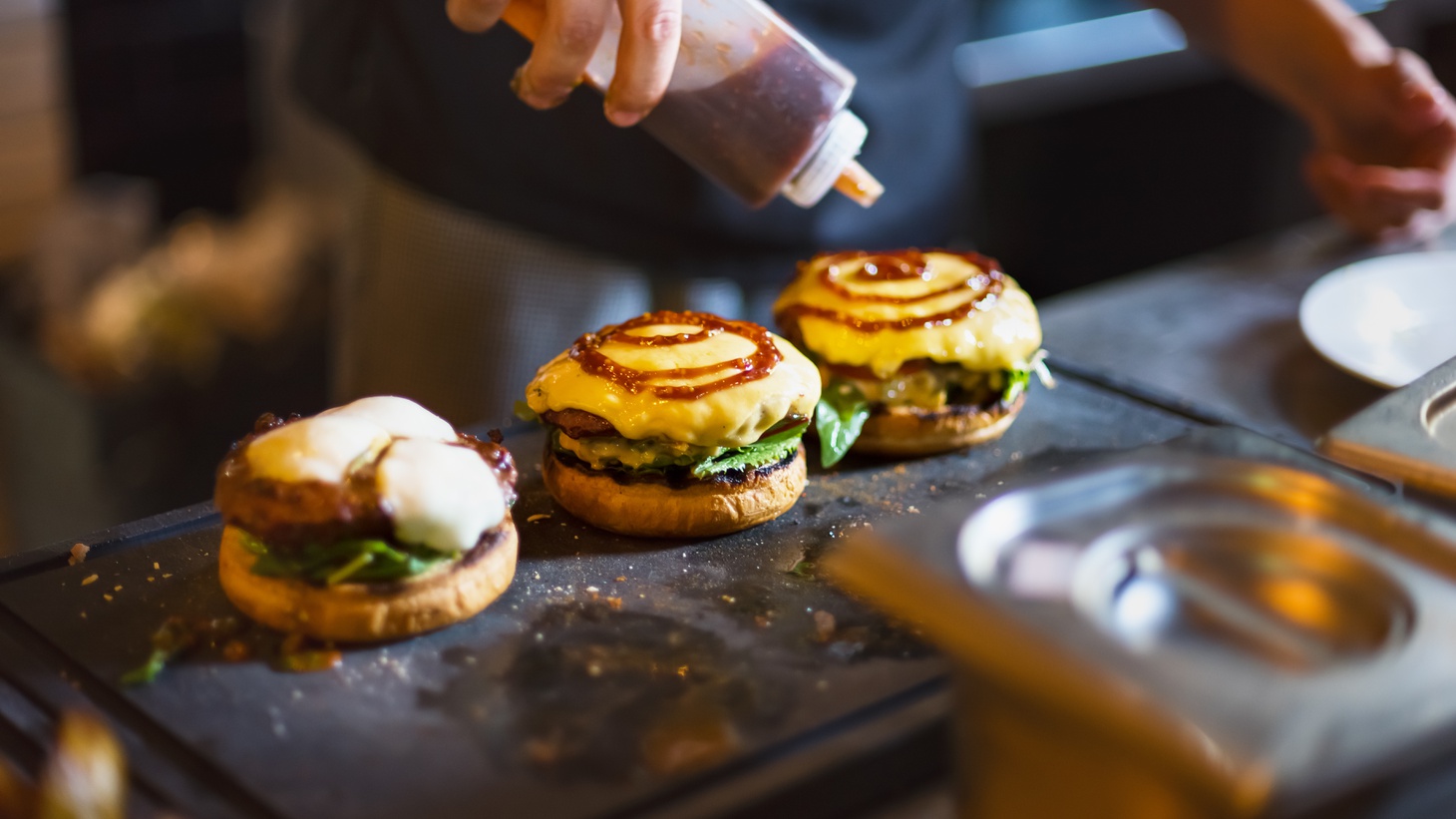 A cook adds sauce to burgers. Fast food workers could see wages rise to as much as $22 per hour by next year, thanks to the FAST Recovery Act. The law applies to fast food chains that have at least 100 locations nationwide. Photo by Shutterstock.

Governor Gavin Newsom has signed the FAST Recovery Act, which sets up a state-appointed council to protect pay, hours, and working conditions for fast food workers in California. The law will apply to any fast food chain with at least 100 locations nationwide. It could help boost their wages to as much as $22 an hour by next year. Fast food companies have lobbied hard against the bill and say the new law will raise menu prices. They further contend they won’t be able to afford a big pay bump for workers.

As a heat wave continues in California, policies about air conditioning access are distorted, says a USC professor. And 20% of LA households don’t have AC.

Agua fresca is an iced drink made of water and minced or pureed fruit or vegetables, sweetened with sugar, and seasoned with lime or lemon juice.

Amid heat and drought, farmers are watching their crops wither

Due to drought, vital agricultural products — corn, wheat and tomatoes — are seeing the lowest yields in years. What does this mean for California farmers and consumers?

The FAST Recovery Act, recently signed by Gov. Newsom, will set up a state-appointed council to protect fast food workers, and could help boost their wages to $22 an hour.

Why do politicians fail at podcasting? They can’t get personal