Retirees form a cheerleading squad in “Some Kind of Heaven.” Photo courtesy of Magnolia Pictures.

The world’s largest retirement community sits across three counties in Central Florida. It’s called The Villages, also known as “Disney World for retirees.” Men and women from across the country retire at the Villages so they can enjoy its pools, nightclubs, karate classes, nail salons, and restaurants.

Some 130,000 seniors live there, enough to land The Villages in the Guinness Book of World Records for the world’s longest golf-cart parade, and enough to wield serious political power in an important swing state. The Villages may have helped former President Donald Trump win Florida in 2016 and 2020.

A new documentary, “Some Kind of Heaven,” is taking viewers inside the seemingly utopian community. Not all is what it seems.

Lance Oppenheim, director of “Some Kind of Heaven,” says The Villages is aimed at capturing homogenous nostalgia. “The Village is this place designed to simulate the 1950s, the 1960s, a vision of America that you probably would find in like the Ronald Reagan morning in America commercial.”

He started filming in 2018 during his senior year of college and spent much time living on-site.

“I was fascinated that in a world where everyone is seemingly having the time of their life. … I also kind of had a Peter Pan syndrome of my own. I really didn't want to graduate [from college],” he says.

While at The Villages, Oppenheim lived with two retired rodeo clowns who showed him around. He then began to see beyond the idealized version of the retirement community and became curious about those who didn’t fit in.

“I was stressed out [by this idea of] mandatory fun that everyone was having. …  I was interested in just finding and exploring this existential condition of what happens when you get to that place and the fantasy turns into a nightmare.”

Much of the documentary follows these outsiders, such as Barbara, who moved to The Villages from Massachusetts with her husband. He died shortly after they relocated. It was also his idea to move, which left her a prisoner of the fantasy, according to Oppenheim. 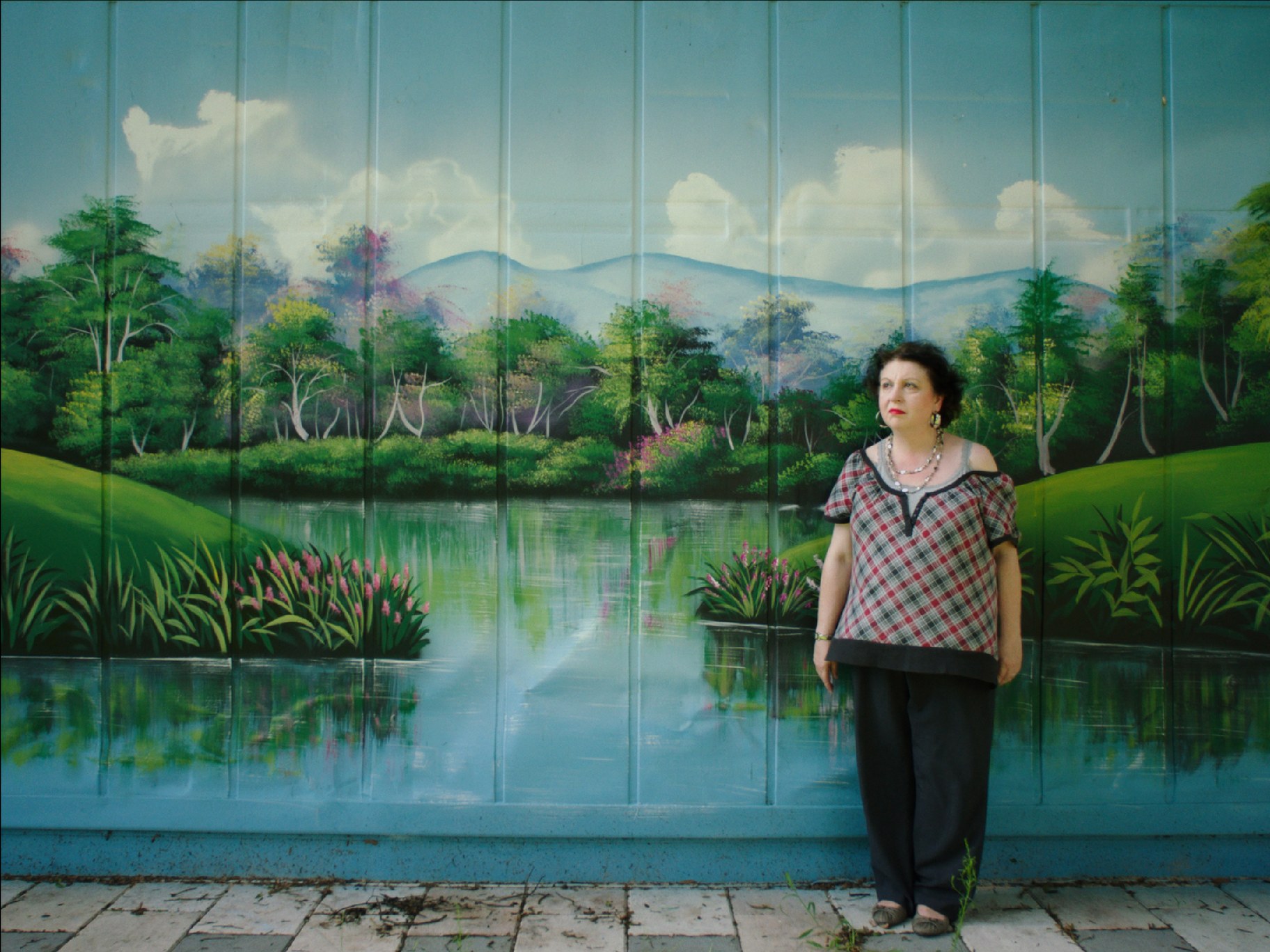 Barbara Lochiatto in “Some Kind Of Heaven.” Photo courtesy of Magnolia Pictures.

Another couple, Reggie and Anne, have been married for 47 years. In the film, Reggie is experimenting with psychedelics, while Anne is trying to cope with her husband’s behavior and finding a place in the community.

“This behavior only manifested and became much more obvious when they got to The Villages,” Oppenheim says. “She fits the profile of a more typical villager. … And Reggie, on the other hand … doesn’t really like the whole constructed artificial nature of the place. A lot of it began to become much more horrifying to Anne when it seemed like there was something quite wrong with Reggie,” says Oppenheim.

Despite the grim circumstances facing the personalities in “Some Kind of Heaven,” Oppenheim says, “That's actually kind of hopeful in a way — that it's the experience of being alive, that nothing is ever figured out … life is always a battle. And it's your perspective and the way you handle things … and the things you root for and fight for that really shape it.” 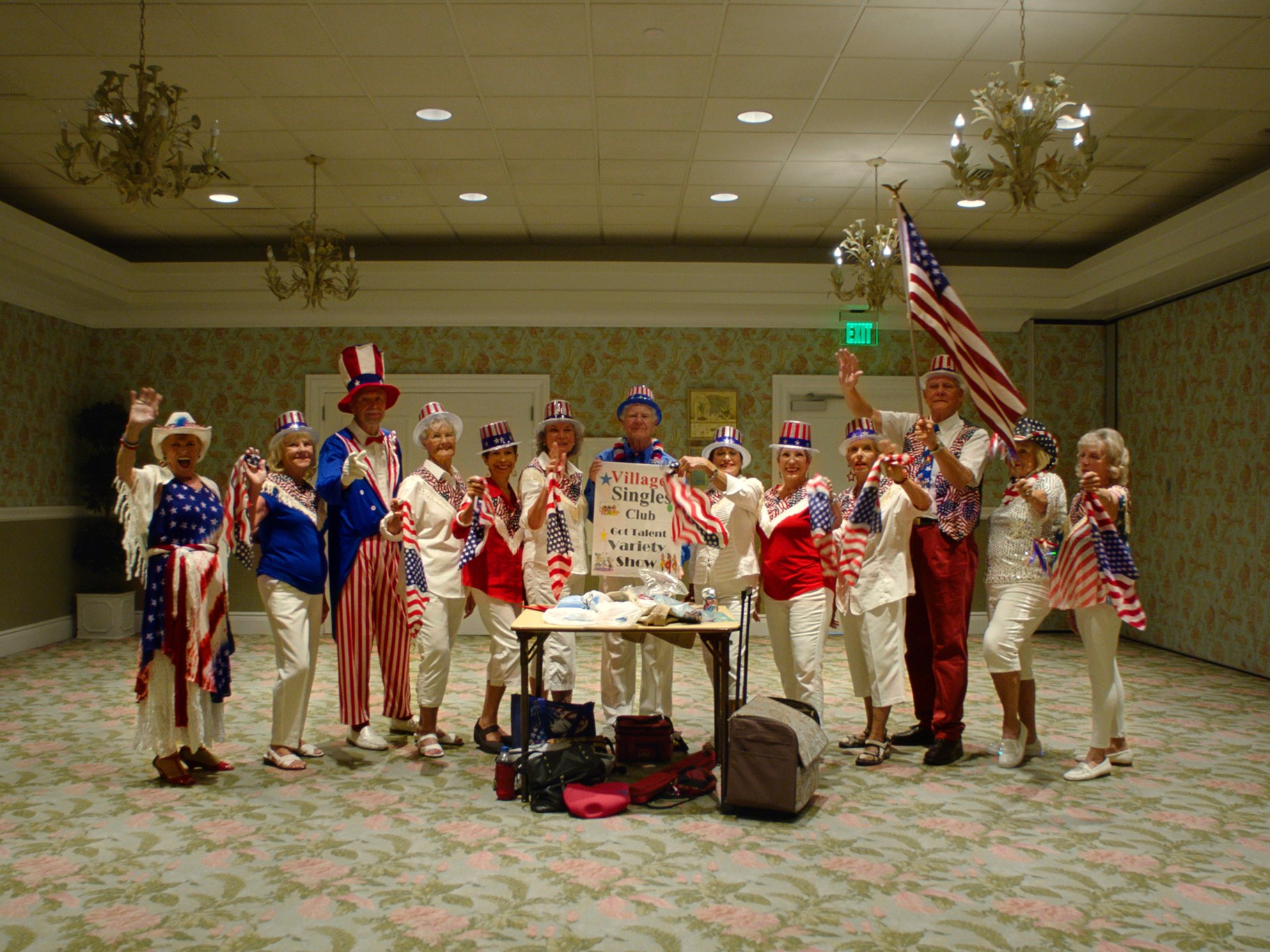 The Villages’ Singles Club holds a talent variety show in “Some Kind of Heaven.” Photo courtesy of Magnolia Pictures.