An angel and a demon working together to save the world -- that's the plot of Neil Gaiman and Terry Pratchett’s fantasy novel "Good Omens: The Nice and Accurate Prophecies of Agnes Nutter, Witch." The book was first published in 1990.

Now it's been turned into a six-part Amazon Prime series starring Michael Sheen as the angel and David Tennant as the devil.

Neil Gaiman, who is also the showrunner, tells Press Play, "It was written to be the funniest book we could possibly write about the end of the world, and how we're all going to die, and how an angel and a demon who've been on Earth for the last 6000 years (and like it here) have to try and stop the apocalypse happening. Because there's nowhere else in heaven and there's nowhere in hell that they could get either sushi or watch a good film."

Gaiman says the novel has a line about how unlikely armageddon was at that point because everyone was getting along so well. "Right now it seems much more apt, much more appropriate, much more relevant than it did back then. And I would personally happily have had it the other way round."

The book also looks at environmental issues. "It was relevant 30 years ago, it just wasn't urgent. And now whether it's rain forests, or the seas, all of those kind of things, it's incredibly relevant," he says.

The angel and demon: their lives and relationship

The angel Aziraphale is a rare book dealer. He owns a beautiful bookshop in SoHo, which he mostly keeps closed. He also loves music and good food.

The demon Crowley lives in a brutalist, concrete, fancy apartment in London with an amazing view. He owns a 1930s Bentley sports car and the latest fashion trends. 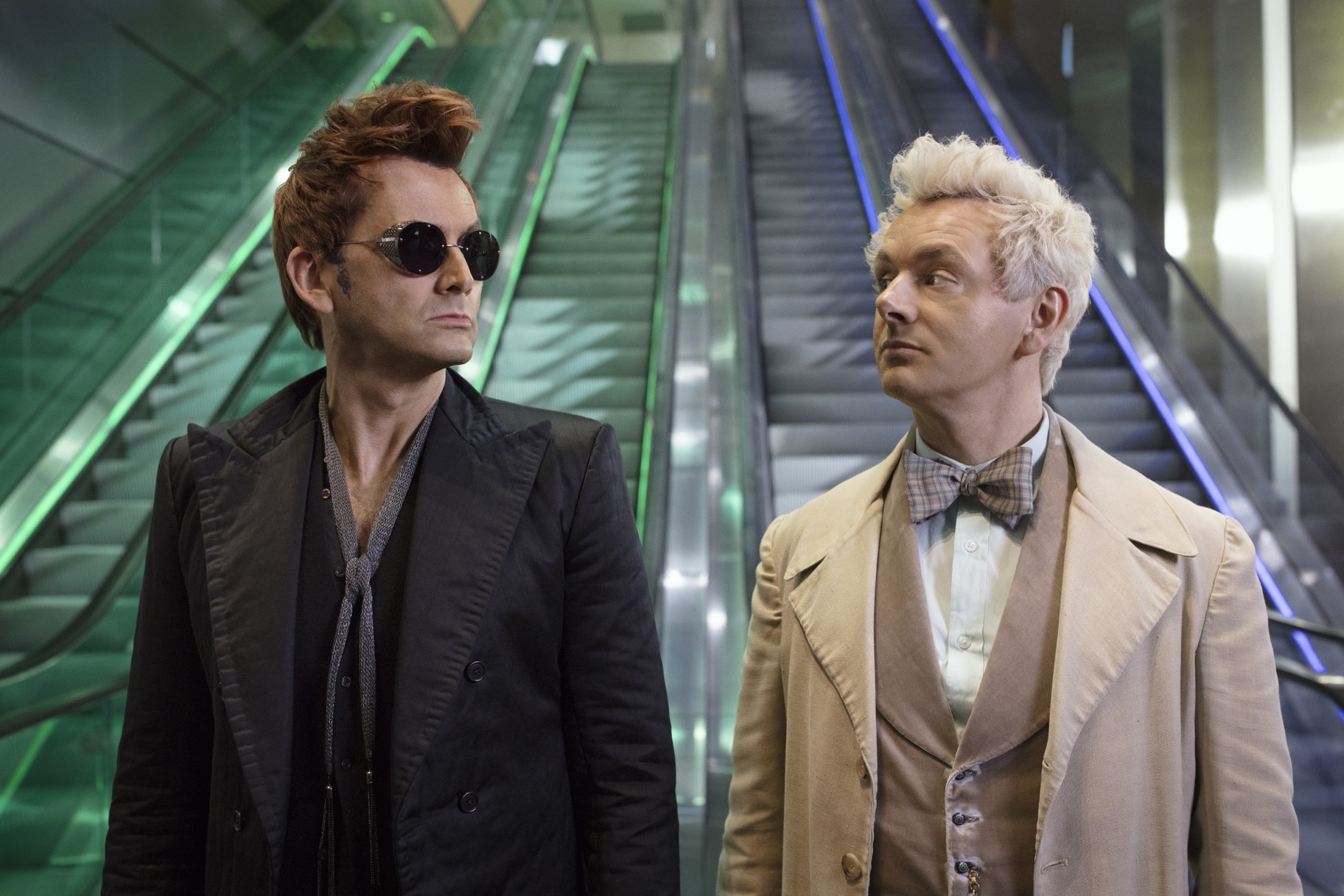 They have a lot in common as both love the pleasures of the world. Their friendship spans 6000 years, which includes the periods of Noah's Arc, ancient Rome, Arthurian Britain, the French Revolution, and 1969 London.

"They get to fall out. They get to come together. They get to make up their differences. And along the way, they get to save the world, or at least fail to not save the world," says Gaiman. "There is a point right at the end where Aziraphale gets to turn to Crowley and say, 'You know none of this would have worked out if either of us had been in the least bit competent.' And they are sort of a gloriously incompetent pair, which actually makes for an immense amount of fun." 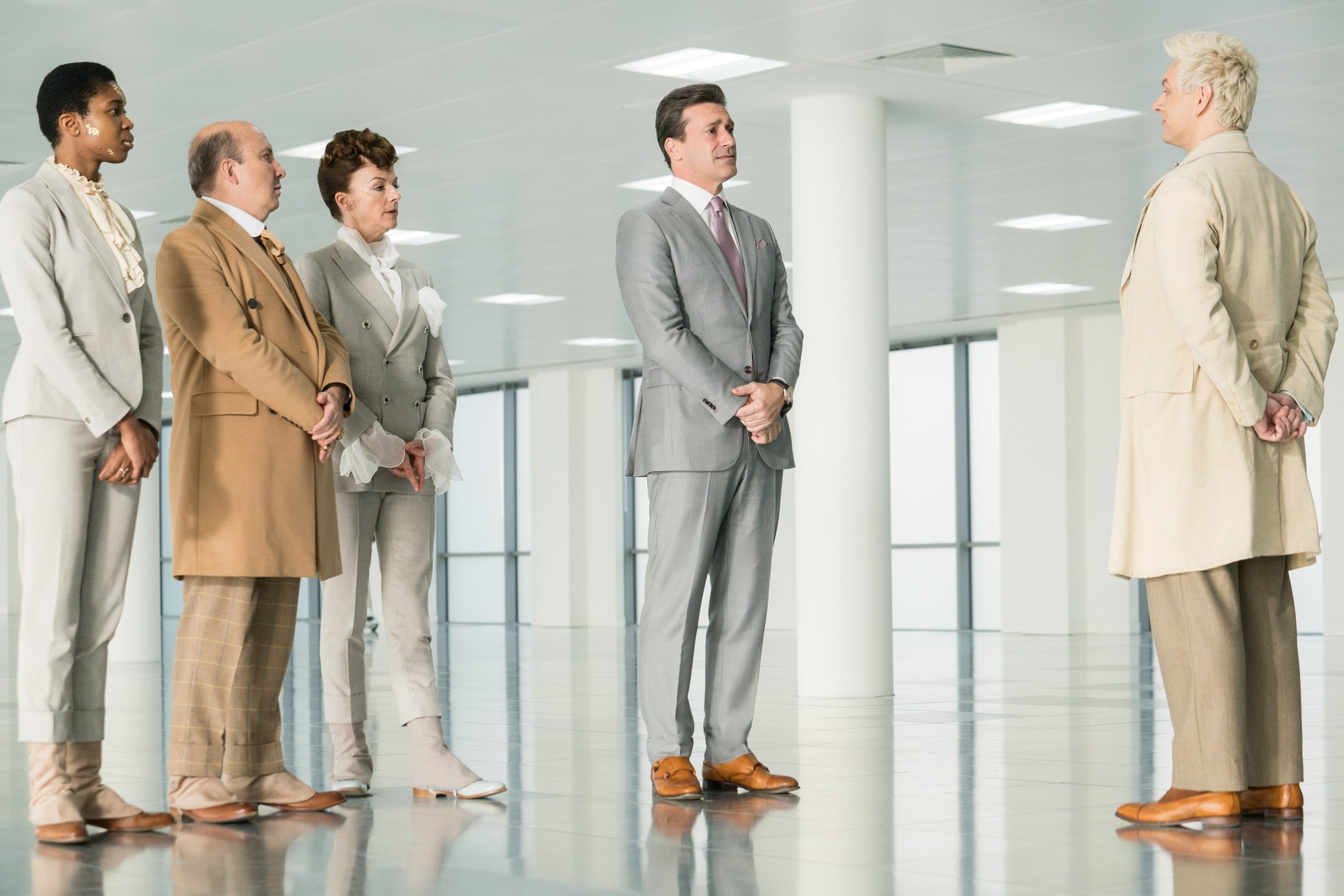 Gaiman says that he and Pratchett wanted one beautiful skyscraper, with angels at the top in fantastic offices, and demons in the dark and gloomy basement.

Heaven/headquarters is all white and evokes Silicon Valley. Gaiman says it's sterile, pristine, with no furniture. Meanwhile, hell is overcrowded, with lots of warning notices on the walls. 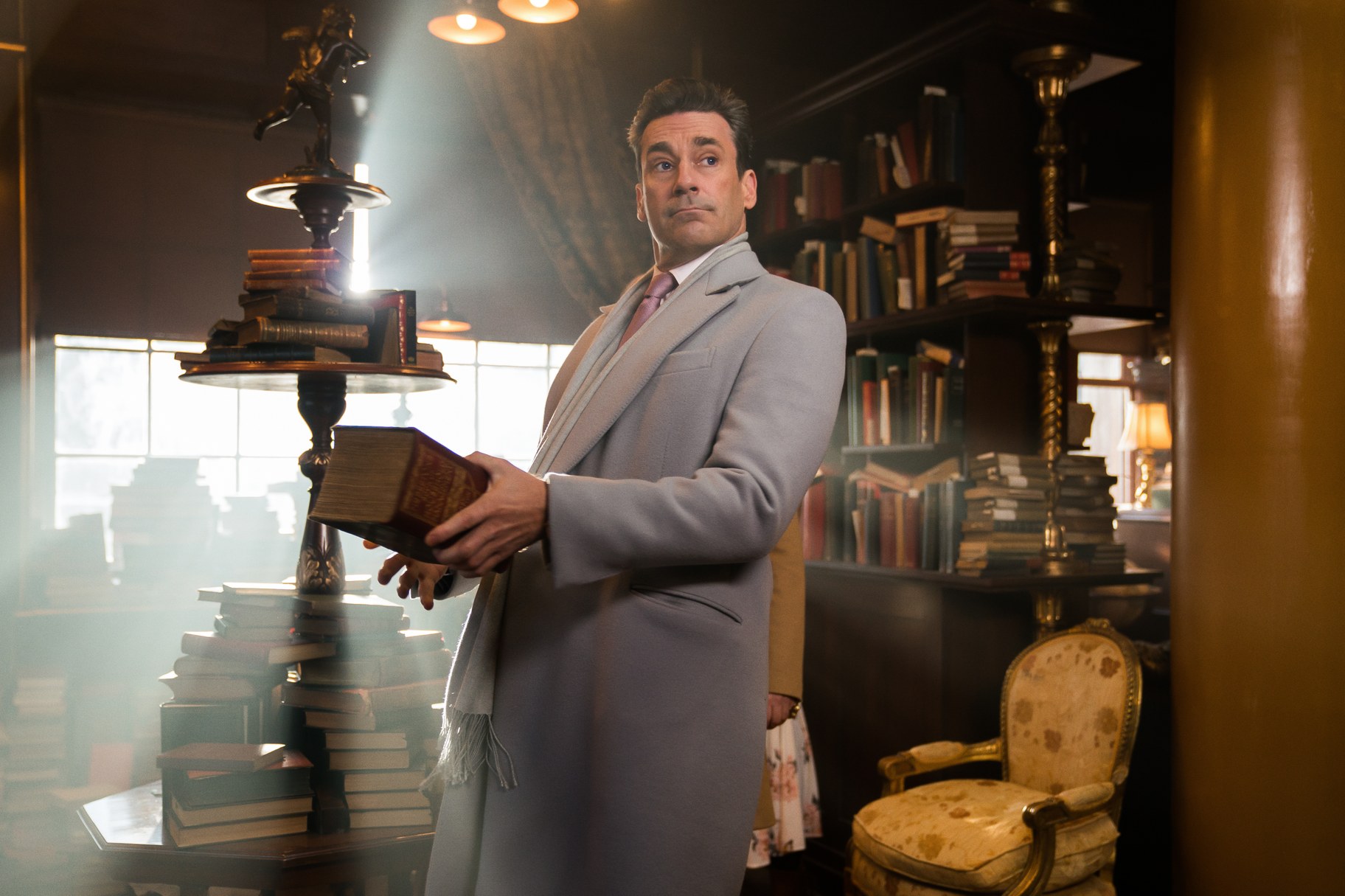 Heaven includes the archangel Gabriel, played by Jon Hamm. "I need a boss for Aziraphale the angel who is taller, better looking than Aziraphale, better dressed, and absolutely convinced at all times of his own rightness, and basically becomes the appalling boss that you would really like to punch in the face but never will," says Gaiman.

Gaiman says the plot is partly about how integrity and looking after the world is more important than choosing sides. "What's actually important is people. And one of the things that is thematic in all the way through 'Good Omens' is people coming together across lines of deep division… That kind of feeling that the people that you're meant to be fighting, actually if you talk and eat and learn from each other, maybe you would find common cause." 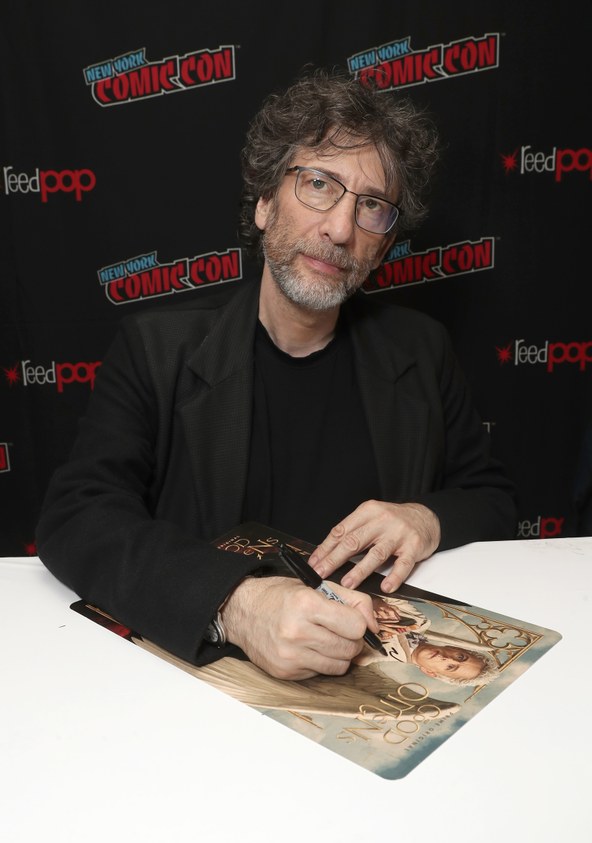