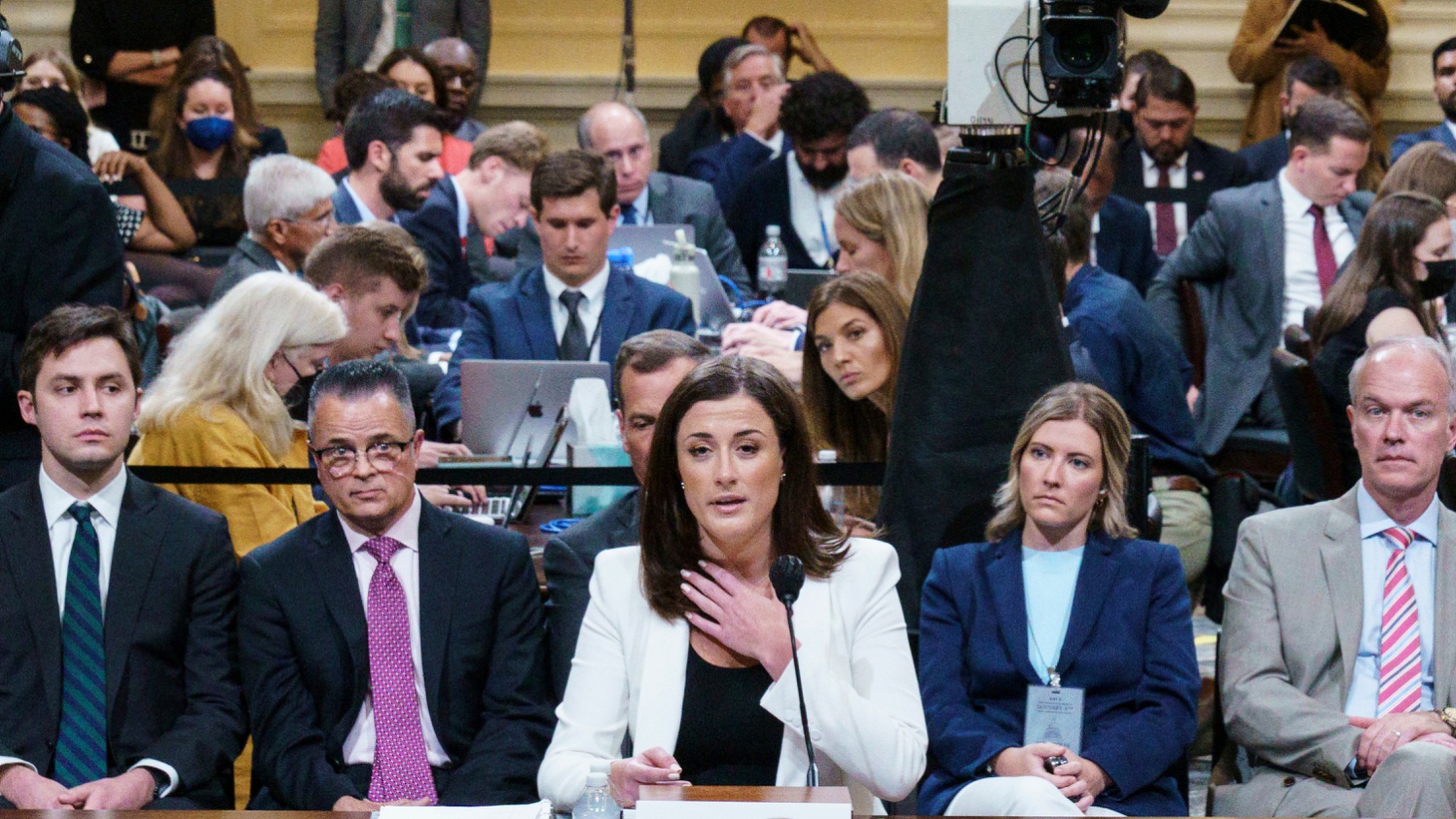 Cassidy Hutchinson, who was an aide to former White House Chief of Staff Mark Meadows during the administration of former U.S. President Donald Trump, testifies during a public hearing of the U.S. House Select Committee investigating the January 6 attack on the U.S. Capitol, in Washington, U.S., June 28, 2022. Photo by Mandel Ngan/Pool via REUTERS.

Former White House aide Cassidy Hutchinson testified at the January 6 committee hearing on Monday. It was a stunning, first-hand account of how former President Donald Trump behaved on the day of the insurrection of the U.S. Capitol. Her testimony was the most intimate, yet explosive retelling of Trump’s attempt to overturn the 2020 election.