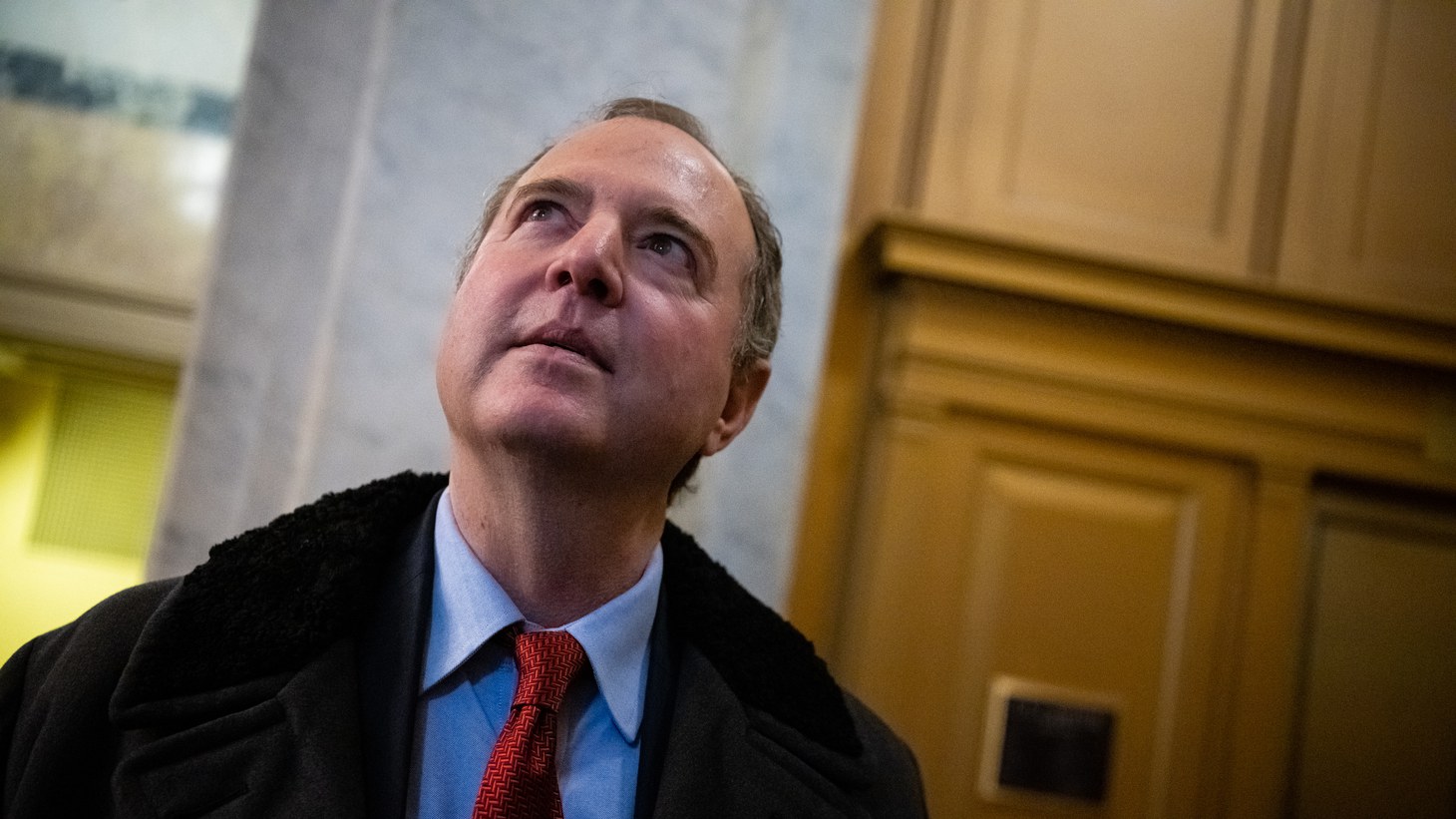 On Monday, the House Select Committee investigating the January 6 insurrection laid out four possible criminal charges the Department of Justice (DOJ) could bring against former President Donald Trump. Those charges: inciting or aiding an insurrection, conspiracy to defraud the United States, obstruction of an act of Congress, and making knowingly and willfully materially false statements to the federal government. Monday was the first time Congress ever referred a former president for criminal prosecution. The committee’s final report is expected on Wednesday.

However, the Justice Department doesn’t have to take up the referrals at all, so why make them?

Burbank Congressman Adam Schiff, chair of the House Intelligence Committee and a member of the January 6 committee, says the first reason is that Congress has a long history of making criminal referrals to the DOJ, especially when the conduct involves Congress itself. And the second reason, he says, is to hold the DOJ accountable.

“We are informing the American people, through our actions, that we believe that charges are warranted. And while the Justice Department is under no obligation to explain its actions, I think the department understands that it will need to have at least an internal conversation about: Why did one branch of government believe there was sufficient evidence, and we need to make sure that we analyze that, and that we're prepared to defend … our decision to charge or not to charge.”

Schiff says he’s been concerned with the DOJ’s slow pace when it comes to investigating the former president.

“It's almost two years since the events of [January 6]. And the congressional investigation … has outpaced the Justice Department's own investigation. And that's pretty unheard of. So I do worry that, intentionally or otherwise, they are at risk of applying a different standard to the former president than they would for any other American, and that is simply not consistent with what they've committed to do. And it's not consistent with a rule of law that should apply equally to everyone.”

Of the four recommended charges, inciting or aiding an insurrection is one of the most serious ones you could level against someone, Schiff points out. He says the statute hasn’t been used since the reconstruction era after the Civil War. “But that's because we haven't had a president engage in such malign conduct.”

He highlights evidence from January 6: “There's the president on the mall, and he's told by his own deputy chief of staff that there are thousands of people that won't go through the metal detectors. … They have weapons, and they don't want the weapons taken away. … [The president's] response is: ‘Then take down the effing mags (the magnetometers), they're not here to hurt me.’ So there's evidence the president knew the crowd was armed. He knew they were angry because he made them angry. And he instigated their march on the Capitol. He was indignant that he couldn't go with them. And when they did march [on] the Capitol, and they beat police officers, and they gouged them, they sprayed them with chemicals, what did he do to stop it? Nothing. He sat there for hours in the White House dining room, watching it on TV, rejecting all appeals that he intervene to do something. In fact, what he did — made it far worse. Tweeting that Mike Pence had essentially been too cowardly to do the right thing and inspiring more violence, when they were already chanting ‘hang Mike Pence.’ So I think the evidence is pretty compelling.”

Meanwhile, Schiff points out that Republican California Congressman Kevin McCarthy is threatening to remove him from the House Intelligence Committee, which he may have the power to do if he becomes speaker of the House.

But Schiff reassures, “I will find other ways to continue to defend our democracy, and to hold him, or the former president, or anyone else who's acting in a corrupt fashion accountable to the American people.”

But during their time representing the Golden State in Congress, were the two ever collegial or friendly? Schiff answers, “The first time I met Kevin McCarthy, I learned all that I would ever need to know about him.”

He recalls that they were on a plane flying black to Washington D.C. in 2010, about six months before the midterm elections, and they discussed who they expected to win.

“I said Democrats and he said Republicans. And I didn't think any more of it. We got to Congress, went our separate ways. And he went off and did a briefing, in which he told the press that Republicans were definitely gonna win the midterms, everybody knew it, and that he sat next to me on a plane, and I admitted that Republicans were going to win.”

He continues, “I was indignant when I found out about this. And I went up to him on the House floor. I said, ‘Kevin, you know what you told the press was the exact opposite of what I said.’ And he looked at me, he said, ‘Yeah, I know Adam, but you know how it goes.’ And I said, ‘No, Kevin, I don't know how it goes. You just make — and I used an expletive — up. That's how you operate … that's not how I operate.’ But it is how he operates. And so that, I have to say, it was kind of a relationship killer from the start, and one that over time, I think so many other members have had the same experience.”

Will Schiff run for the Senate in 2024 if Dianne Feinstein doesn’t seek reelection? She’ll be 91 years old.

He says he’s seriously considering it, and has received lots of encouragement from California colleagues.

“I have just a phenomenal amount of respect for Senator Feinstein. I told her, as I told the speaker [Nancy Pelosi], I feel like I've served with the greatest senators and greatest speaker in our history, and feel very fortunate to have a close relationship with her. Should she decide not to run, I'm giving it very, very serious consideration.”

Burbank Congressman Adam Schiff discusses potential criminal charges against Donald Trump, plus his relationship with Kevin McCarthy, and his serious consideration of a...

Using an iPad as a canvas: A tour of David Hockney’s new exhibit

British artist David Hockney has a new exhibition at the LA Louver gallery in Venice. It includes rich paintings of nature, all created on an iPad.

“Kindred,” Octavia Butler’s novel-turned-TV series, follows a young Black woman who lives in LA in the present but is hurtled back to Antebellum Maryland seemingly at random...

Drinking culture is changing. Try non-alcoholic wines for the holidays

Non-boozy drinks are becoming more popular this holiday season. Here are recommendations from Austin Hennelly of the bar Kato and Jillian Barkley of the shop Soft Spirits.