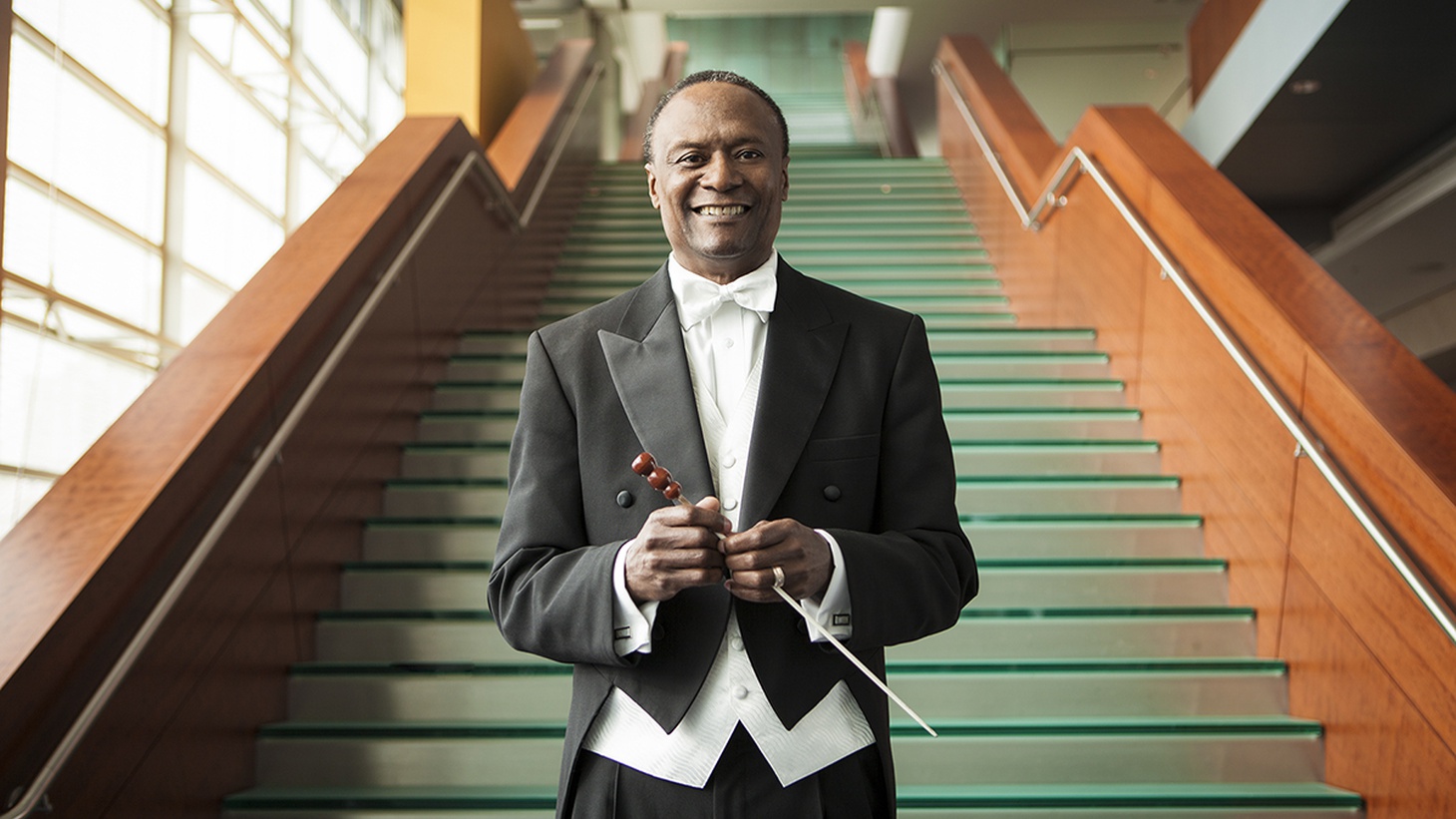 “We're all going to bring the same love and the same intensity and the same seriousness to music-making,” conductor Thomas Wilkins says of The Re-Collective Orchestra, which will perform at the Hollywood Bowl on June 19, 2022. Courtesy of the Omaha Symphony Orchestra.

This Sunday, an all-Black symphony orchestra will play at the Hollywood Bowl for the first time in the venue’s history. The Re-Collective Orchestra is part of the “Juneteenth: A Global Celebration of Freedom” event, which starts at 4:30 p.m. Other artists slated to perform include Earth, Wind & Fire, The Roots, Billy Porter, and Mickey Guyton.

Thomas Wilkins, the Hollywood Bowl Orchestra’s principal conductor, gives a preview of the show and shares his favorite classical pieces.

This is the first time Wilkins is conducting this orchestra, but says he’s looking forward to seeing familiar faces in the group.

“There's so little degree of separation. I'm looking forward to seeing how many of those folks that I know from someplace else. I think the whole concept of putting all those folks together to create an orchestra is exceptional. And you know that music may not be classical, but it's classic,” he says.

And while Wilkins says conducting a Black orchestra will be no different than others he’s worked with, he’s excited about seeing musicians who look just like him.

“It just so happens that everybody in the orchestra looks like me, which is an extreme rarity. But when it comes down to getting to work, we're all going to bring the same love and the same intensity and the same seriousness to music-making,” Wilkins says. “There's probably something in all of us that on the inside is going to go, ‘Okay, this is really special.’”

One of Wilkins’ favorite pieces is the “Negro Folk Symphony,” composed by William Dawson. He says the music represents what it felt like to be dislocated from the homeland and placed into bondage.

Wilkins also finds inspiration in “Montgomery Variations” by Margaret Bonds. He says her piece speaks to the essence of Juneteenth and was inspired by Martin Luther King Jr.’s march for civil rights.

“When I was younger, the grown-ups in my life said that in the midst of injustice, we really only had two weapons. One was our feet and the other was our voice. We use our feet to march in protest, and we use our voice to speak out,” he explains. “That generation also used their voices to pray. … That was one of the things that happened on the original Juneteenth. There was lots of celebration, of course, but there was also lots of prayer.”

Donald Trump’s false election claims: Not only a big lie but a big grift?

Day two of the January 6 insurrection hearings focused on how former President Donald Trump and his team perpetuated the lie that the 2020 election was stolen.

Paradise, CA, now has an inventory of new real estate after the 2018 Camp Fire devastated the town. People are moving back — or moving there for the first time.

The all-Black Re-Collective Orchestra will make history on June 19 when it performs at the Hollywood Bowl’s “Juneteenth: A Global Celebration of Freedom” event.