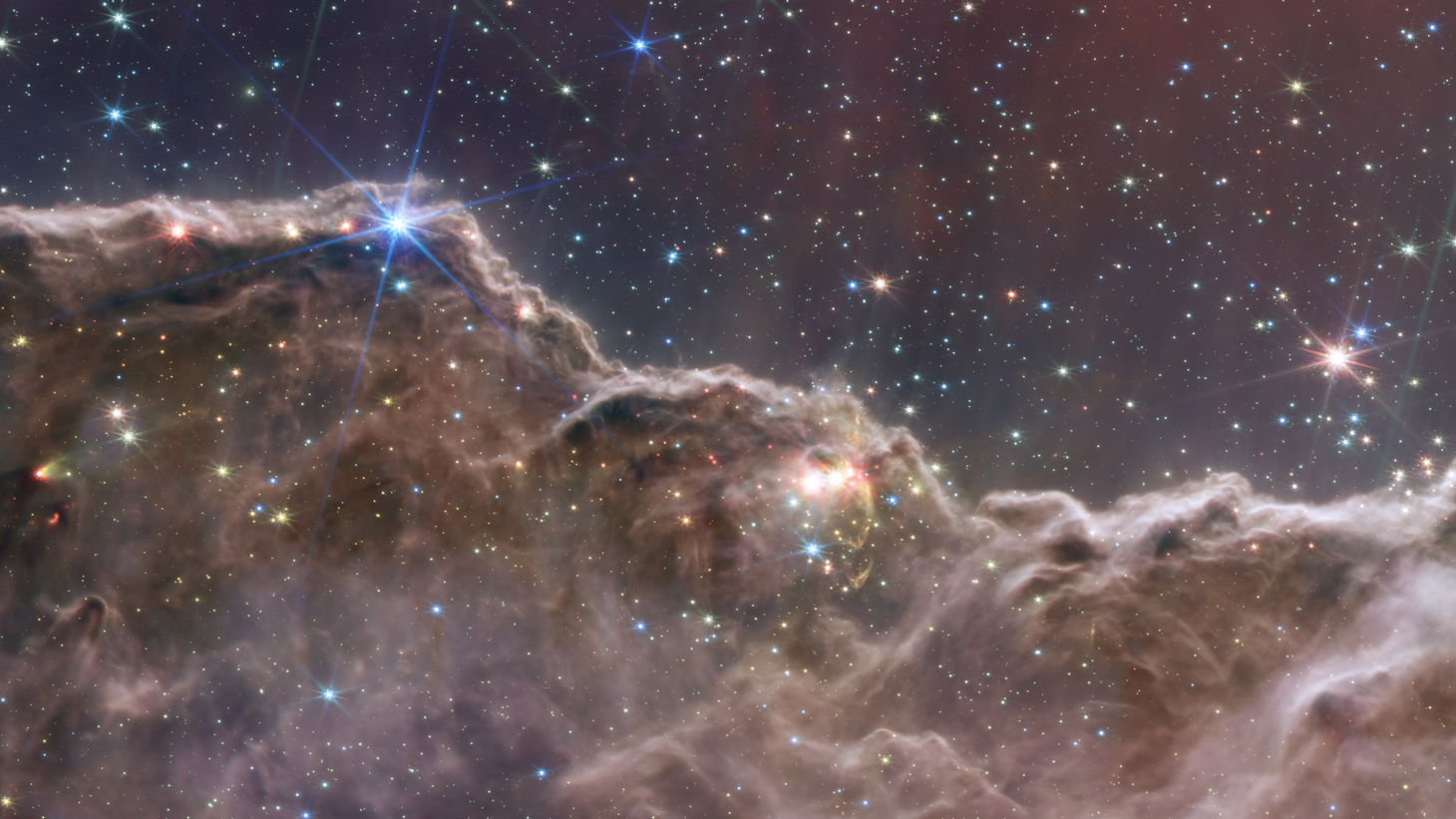 Called the Cosmic Cliffs, this region is the edge of a gigantic, gaseous cavity within a star-forming region called NGC 3324, from NASA’s James Webb Telescope, released July 12, 2022. Photo by NASA, ESA, CSA, STScI.

NASA’s James Webb Space Telescope, which launched in December, has released its first images that show stars and galaxies never before seen. Some are believed to be more than 4 billion years old.

These photos provide a unique glimpse at the earliest years of the galaxy, says astrophysicist Katie Mack, who’s the chair of cosmology and science communication at the Perimeter Institute for Theoretical Physics.

“[They’re] showing us galaxies that are so far away that their light has taken billions and billions of years to reach us. So those are galaxies that formed close to the beginning of the universe, within the first few hundred million years. Our universe is about 13.8 billion years old, so we're really talking about just the very beginning,” she says.

The photos are teaching scientists how the Big Bang evolved from a hot, dense universe of plasma and energy to a cool universe with gas and hydrogen, she adds. 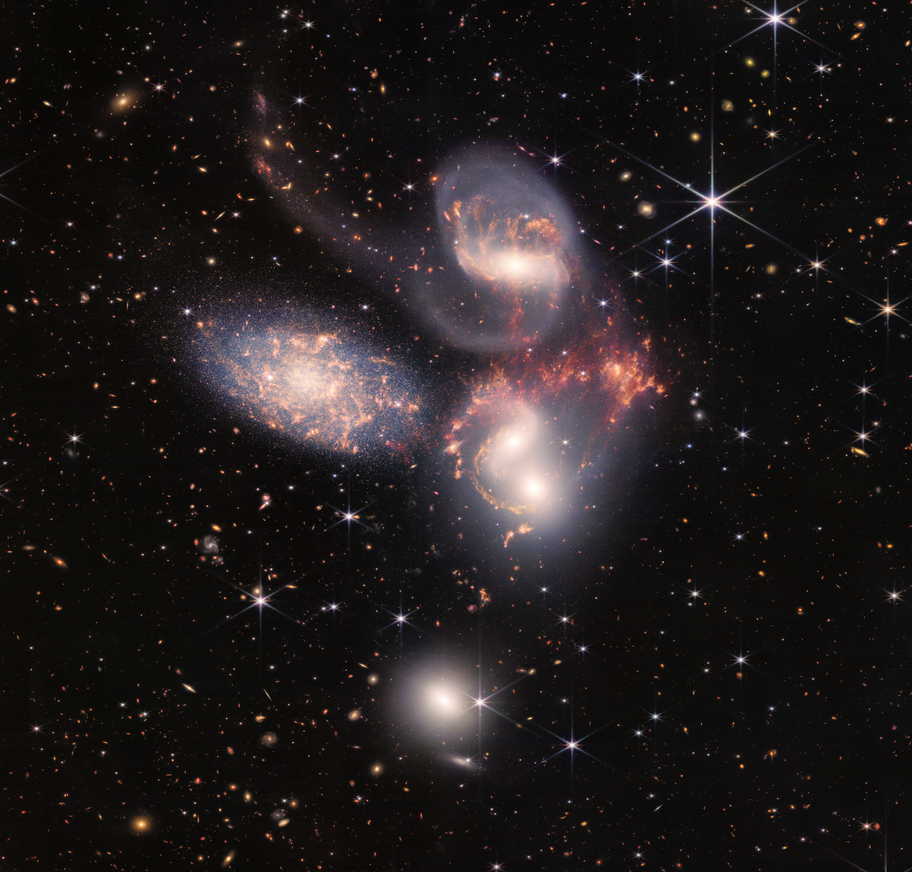 It’s possible to see so much through the James Webb Space Telescope because the mirror on its camera is 6.5 meters wide (21 feet and 4 inches). The device can also see in infrared light, unlike other space telescopes, such as the Hubble, which use visible light.

“It can see through gas and dust into nebulae, because the infrared light gets through those kinds of materials much more easily, and you can see farther into the distance. You can see much earlier objects because essentially what happens when the universe expands … it stretches out the light that's traveling through it.”

She adds, “This telescope is able to see very, very distant objects that have been pulled away from us by the expansion of the universe in a way that that the Hubble Space Telescope couldn't.”