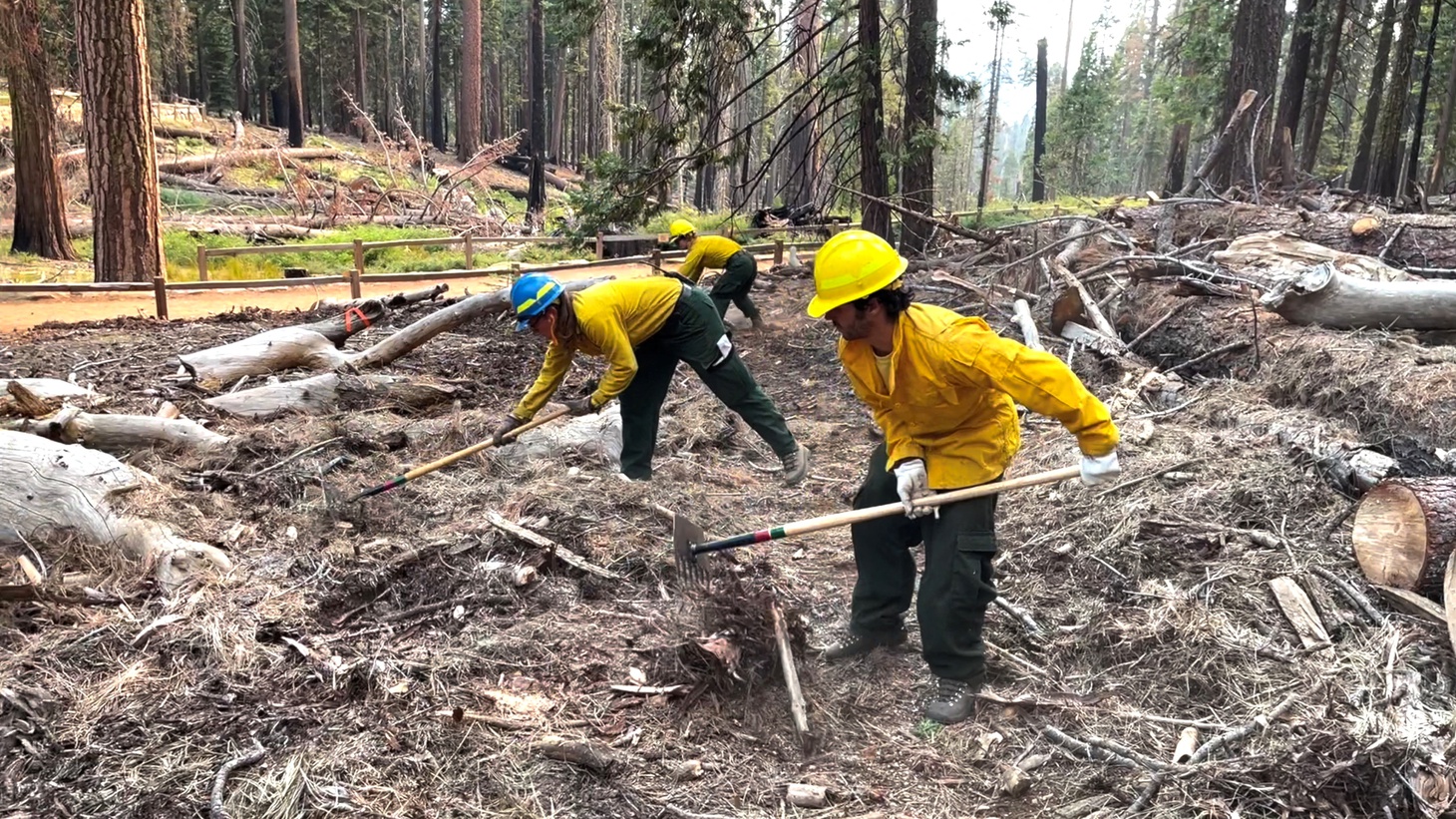 Workers prepare the area to protect it, as the Washburn Fire continues to burn on July 11, 2022. Photo by National Park Service/Reuters.

The Washburn Fire burning in Yosemite National Park has spread across 3,000 acres and threatens hundreds of the iconic, giant Sequoia trees in the region. Due to climate change, fires are now hotter, bigger, and more devastating, especially in California. To stave off the worst damage, should the focus be on putting out existing fires or preventing them in the first place?

“The Washburn Fire is a great example of how long-term efforts at using fire as a tool … can provide real benefits. There's a grove of giant sequoia that were potentially threatened by this fire. But for the last 50 years or so, the park has been really actively managing fuels in the sequoia grove,” explains Michael Wara, director of the climate and energy program at Stanford’s Woods Institute for the Environment.

He continues, “They're using prescribed fire, so that firefighters are able to really stay in the grove, protect the trees. They don't need to take elaborate measures to do that, like wrapping the trunks in foil blankets. … There just isn't the kindling on the forest floor that would create a fire that's hot enough to threaten the trees.”

The best defense to a catastrophic wildfire, especially amid drought, is having a fire that recently burned in the vicinity, he says.

There are also good fires and bad fires. “The good fires leave these big, old trees intact, but maybe clean out the forest floor. And the bad fires basically kill everything and leave a charred landscape that won't grow back perhaps for 100 years, if ever, because of climate change.”

When it comes to hiring firefighters, the federal Forest Service (USFS) faces enormous challenges, and their pay and benefits aren’t as good as what CalFire provides. When the USFS trains new firefighters, those workers typically leave later on for better salaries elsewhere, Wara explains.

“There's money in the infrastructure bill for pay raises for federal firefighters. And there's a new pay classification scale. … t’s a start, but it is by no means a complete solution to the human capital challenge that the federal Forest Service faces.”