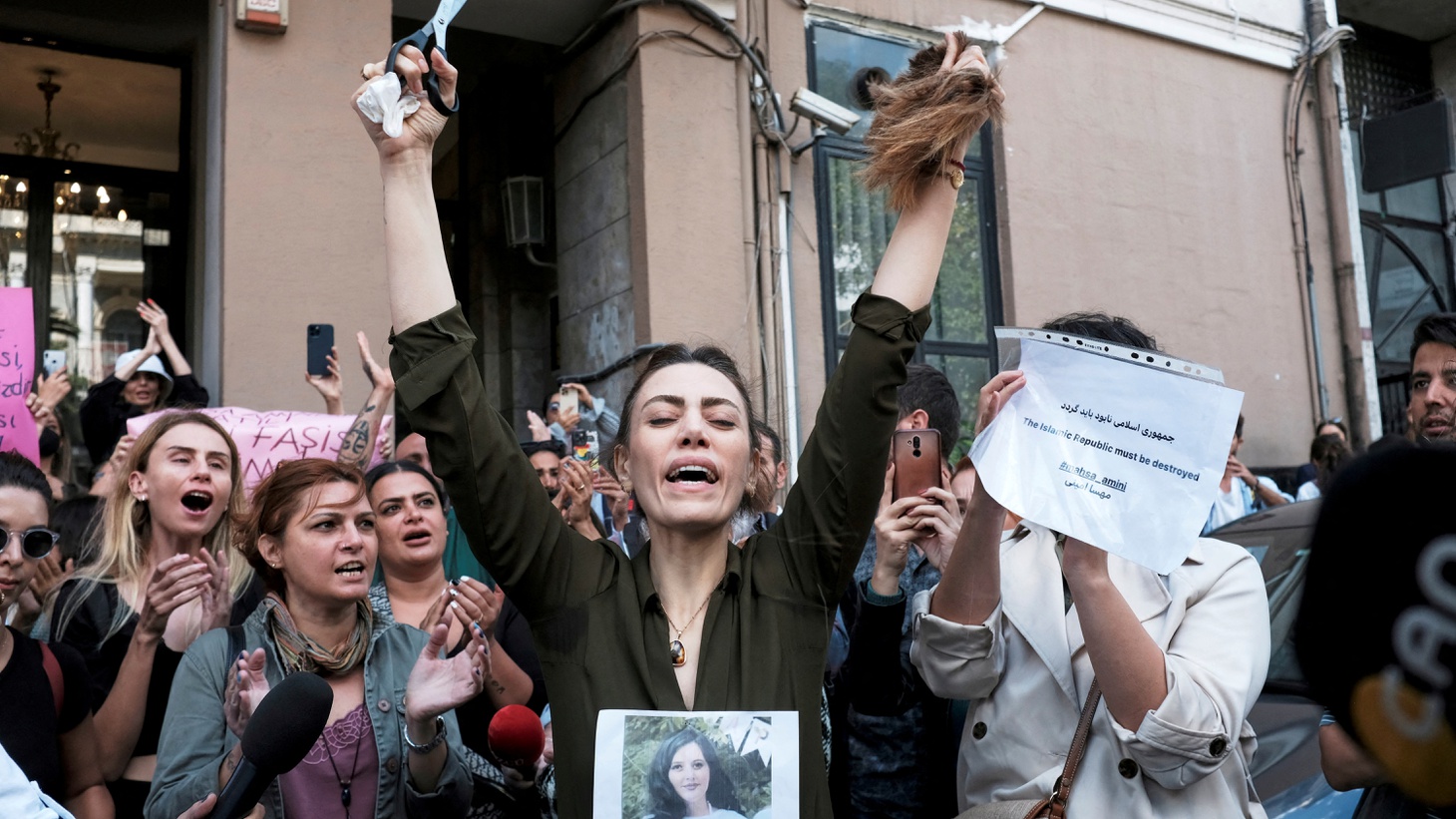 Nasibe Samsaei, an Iranian woman living in Turkey, reacts after she cut her hair during a protest following the death of Mahsa Amini, outside the Iranian consulate in Istanbul, Turkey September 21, 2022. Photo by REUTERS/Murad Sezer TPX IMAGES OF THE DAY.

Protests are raging in Iran and across the world this week in response to 22-year-old Mahsa Amini’s death in police custody. She was arrested for not properly wearing her hijab. Officials say she died of a heart attack, but her family says she had no history of heart problems, and they accuse the police of killing her.

At least nine people have died as demonstrations spread across the country. Women are cutting their hair and burning their hijabs. Crowds of men and women are chanting “death to the dictator.”

“The videos that were released by the police — in order to justify their narrative — showed her with an outfit that, by the average public, was not considered any deviation,” Far tells KCRW. “While we don't know exactly what happened to Mahsa, we have a lot of reasons to be very skeptical of the police narrative and their sincerity in investigating the abuse.”

Far says that Iranian women have been acting bolder in protest of compulsory hijab laws. In response, police have also increased the ways they exert authority and control.

“Even peaceful acts of demonstrations that are not part of collective action can result in arrests and trumped up national security charges,” Far says. “Participating in these protests that are unfortunately being increasingly repressed and cracked down upon takes additional risk as authorities openly use excessive … force against protesters, arrest them, subject them to torture arbitrary detention and national security charges.”

She argues that the diverse protests sweeping Iran have shifted the debate around compulsory hijabs.

“The unimaginable images of women walking without the headscarf in defiance, in collective action, have happened in the streets of Iran. And even if authorities tried to keep reinforcing the policy, keeping the morality police visible in all squares of the city, the debate has moved forward forever and there is no going back. I think people have said loud and clear that what they want is abolishing the law and the infrastructure that is inherently a violation to women's rights.”