The Northern California town Weed is embracing its name and welcoming the cannabis industry. Photo by Bukhta Yurii/Shutterstock.

The Northern California town of Weed, with about 2500 residents, has been the butt of jokes for decades. But the origins of the town’s name came not from marijuana, but from a 19th century timber baron called Abner Weed. Now the city is embracing the name — and marijuana — as a way to improve its finances.

Mayor Susan Tavalero was initially anti-cannabis. Her stance changed as she learned more about the herb.

“I didn't want it to be, ‘Oh, let's go get weed in Weed. Well, then I did a lot of research. And cannabis at the time, we were just talking about medicinal, and it has a lot of medicinal values that I took to heart. It is by no means the marijuana of the 70s.”

She adds, “There comes a point when you have to embrace it. Or you could just make yourself crazy. So I will go with the joke, but then I also will put my two cents in. Come visit us. We're a great little town.”

But she points out the town is not exploiting cannabis. The town only has two marijuana dispensaries.

“You almost wouldn't know what they were unless you were purposely looking. And I think people thought that a bunch of potheads [were] going to be sitting out on the bench out front. Well, that didn't happen. It didn't happen.”

“I mean it's not going to make us millionaires, but it is helping. Anything helps at this time with COVID, when we've lost a lot of tax money. And I'm assuming it's only going to get better.”

The Weed City Council recently approved a plan to allow the construction of a growth facility on the edge of town. Tavalero says it will be self-contained (to prevent smells from seeping in the surrounding area), and it will eventually employ locals. 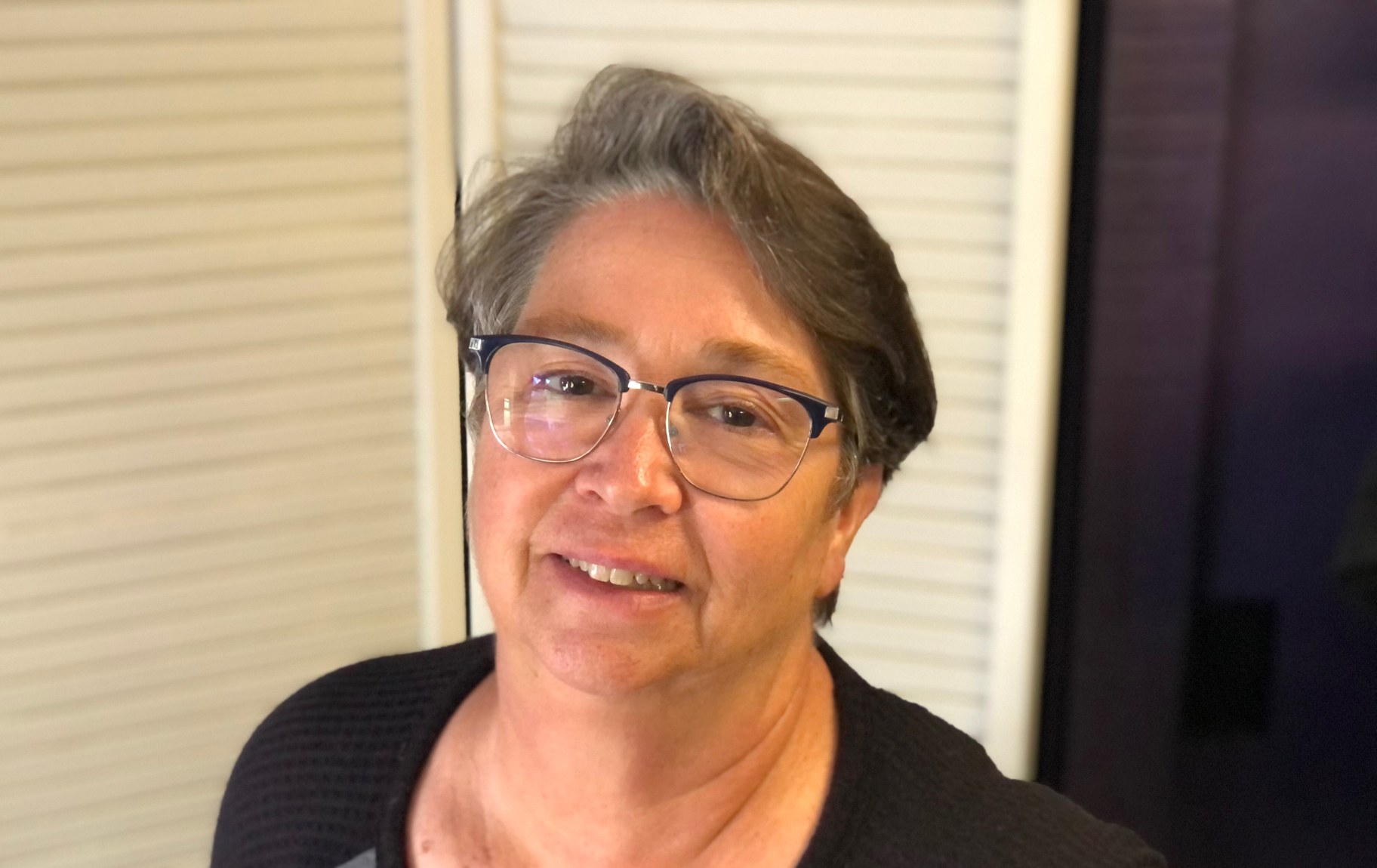 “There comes a point when you have to embrace [weed]. Or you could just make yourself crazy. So I will go with the joke, but then I also will put my two cents in: Come visit us. We're a great little town.” says Susan Tavalero. Photo courtesy of Susan Tavalero.