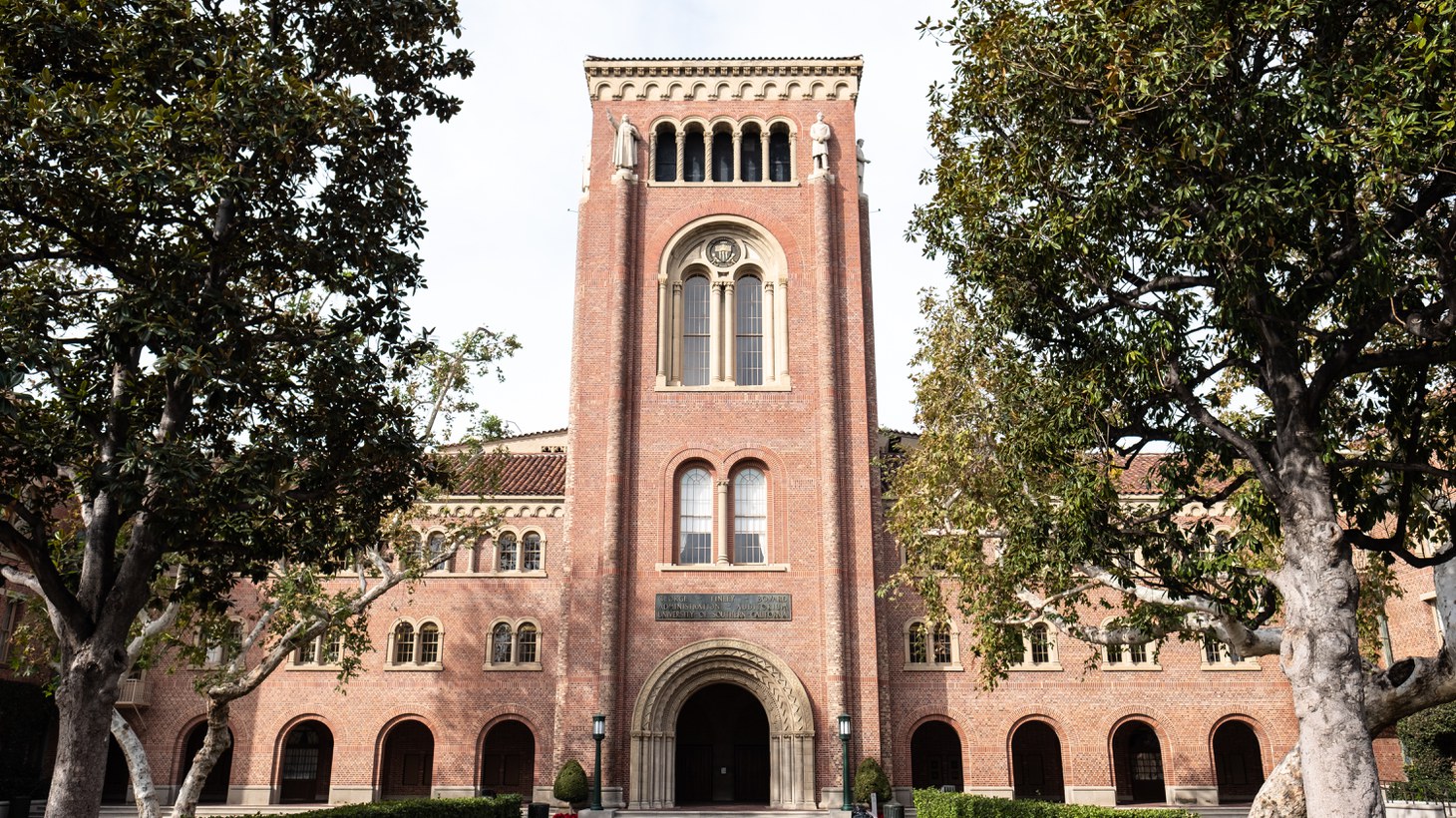 “[Voters] know that there's been a lot wrong with the University of Southern California, which is one of the largest employers in the city, state, [and] region. But again, whether they are fully grasping all of the nuances and details of this is another question,” says LA Times reporter Benjamin Oreskes about Karen Bass and Rick Caruso’s involvement with USC. Photo by Amy Ta/KCRW

LA mayoral candidates Karen Bass and Rick Caruso are distancing themselves from USC, where both received degrees. Congresswoman Bass’ nonprofit operated out of the university for a time, and Caruso is the former president of its Board of Trustees.

Bass has hammered Caruso over a lack of transparency about the investigation into a campus gynecologist accused of sexually assaulting hundreds of women.

Caruso has attacked Bass over her full-ride scholarship for a master’s degree from USC’s School of Social work. His criticisms focus on her judgment in accepting the scholarship as an elected government official, says LA Times reporter Benjamin Oreskes.

“Why was this a good idea for her to take it? Did she expect some favor in return to USC? And similarly, she was a member of Congress. Why did she need a master's? She has said it's because she cares about the community and it's a continuation of her life's work. That is true, but at the same time, it's curious. Very few people get this kind of deal,” he explains.

Meanwhile, there are concerns about how transparent Caruso acted during the investigation into former USC gynecologist George Tyndall.

“Caruso, after the allegations came out, became the head of the board of Trustees, and a lot of people credited him with volunteering to help the school during this crisis,” Oreskes says. “He at that time also indicated that he planned to release an internal investigation by an outside law firm of these findings. And then that report was never released. Karen Bass last week zeroed in on that and said he did wrong by these victims, and he should be held accountable for that.”

Oreskes says it’s unclear how much prospective voters are following these controversies. So far, Bass leads the LA mayoral race by just over 10 points.