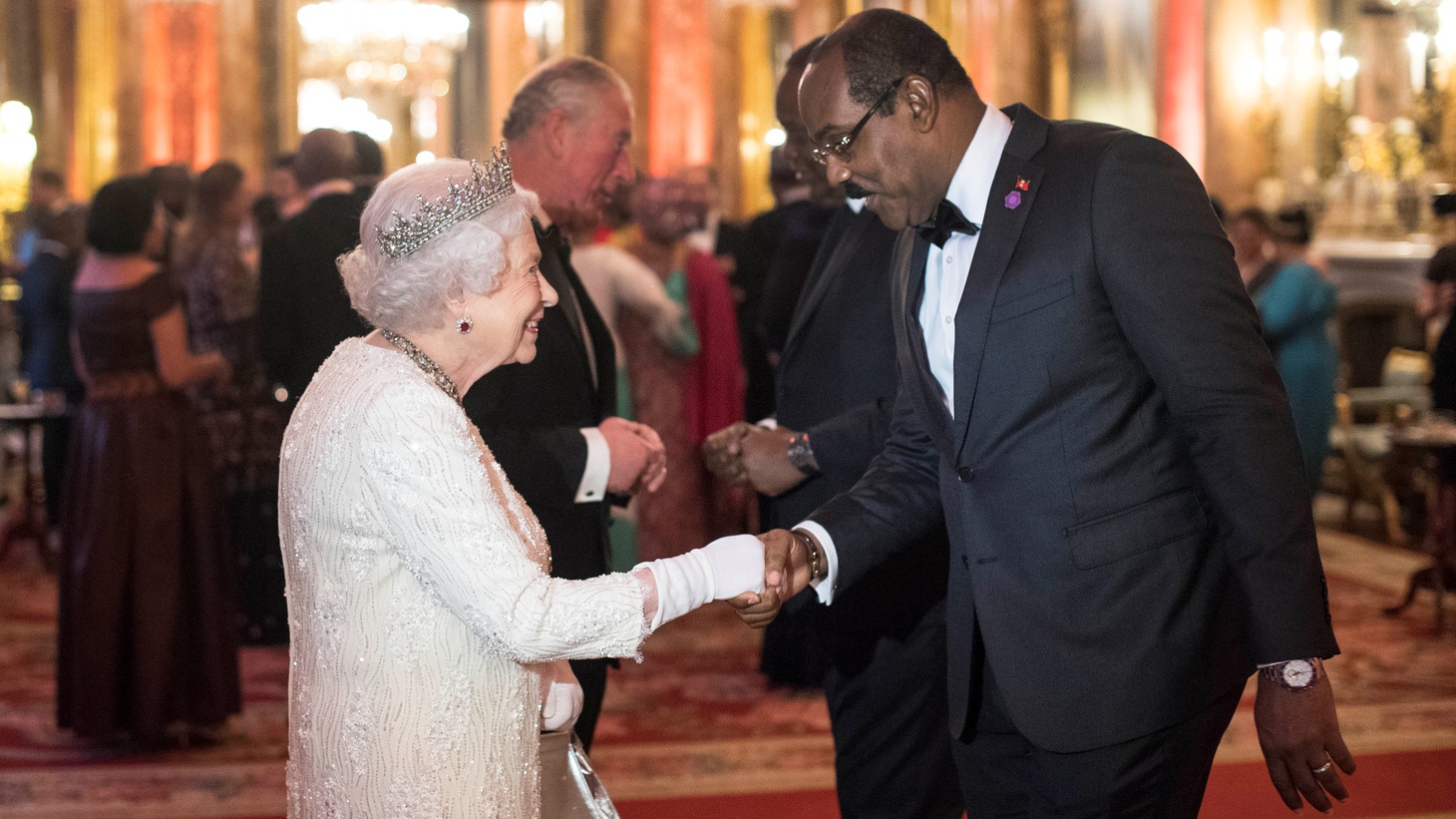 Queen Elizabeth II greets Gaston Browne, Prime Minister of Antigua and Barbuda, in the Blue Drawing Room at Buckingham Palace in London as she hosts a dinner during the Commonwealth Heads of Government Meeting on April 19, 2018. Photo by Victoria Jones/Pool via REUTERS.

Thousands are gathering in Scotland to mourn the passing of Queen Elizabeth II. Her coffin will remain there through Tuesday before it goes to London. The queen will lie in state for four days, and her funeral is next Monday.

Queen Elizabeth II was the longest-reigning monarch in British history, having ruled for 70 years. Her death marks a new era for both the monarchy and former colonies who may see an opportunity to fully break from the throne.