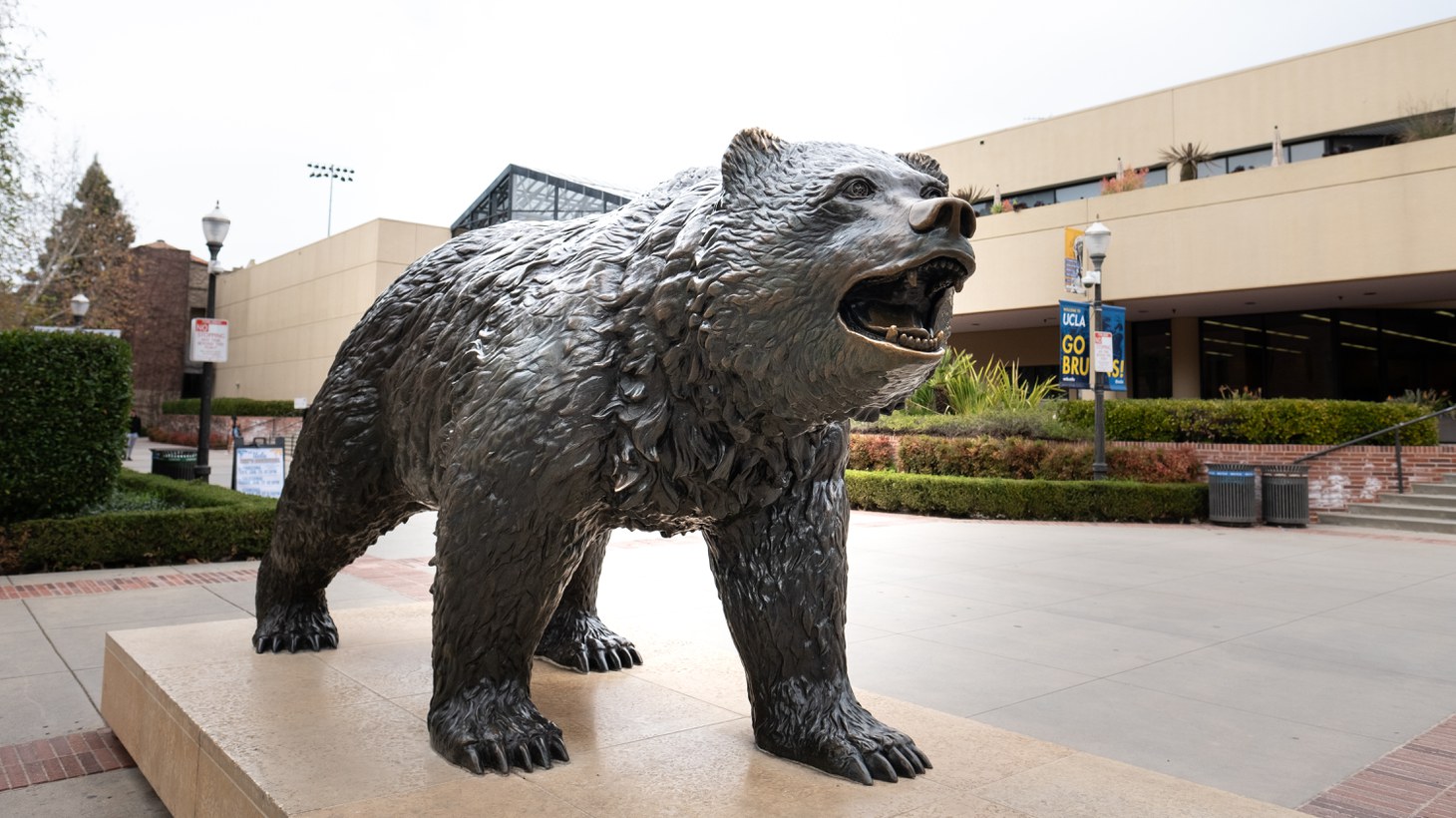 The Bruin bear is seen outside the John Wooden Center on the UCLA campus. Photo by Amy Ta/KCRW

Today, after nearly three weeks, the University of California has reached a tentative deal with some of the nearly 50,000 striking workers. Representatives for workers announced a breakthrough on higher wages and cost-of-living increases for post-doctoral and academic researchers. But the demands of thousands of other workers have not yet been met.

So the strike will continue as the fall term winds down on all 10 UC campuses. Final exams are supposed to be held next week at some schools.

Jones says the university system hasn’t budged on other requests that they deem too expensive. That includes tying salaries to on-campus housing costs and doubling part-time worker salaries to $54,000. Instead, the system has offered a 7.2% pay increase.

Jones says the ongoing strike could continue to impact students, as some professors show their support for those on the picket line.

“This may mean a delay of finals. It may mean that there's a delay in them getting grades for this semester. … More and more professors … are trying to stand in solidarity with students who have pledged not to grade any work, not to turn in grades to the university, or to even hold classes as the academic term comes to an end unless [they] see a resolution of contract negotiations. …There are limits to how much that could impact campus operations, but it’s still certainly of note.”

A potential long-term impact could be on national grants, Jones points out.

“Some [UC leaders] are worried that, for example, if you're a graduate student researcher who is funded by a national grant, but part of your salary is also covered by the university, that if the work is not continuing to be done, that it could hurt the university's eligibility … to apply for grants in the future. But much of that could hinge on how much longer the strike occurs.”