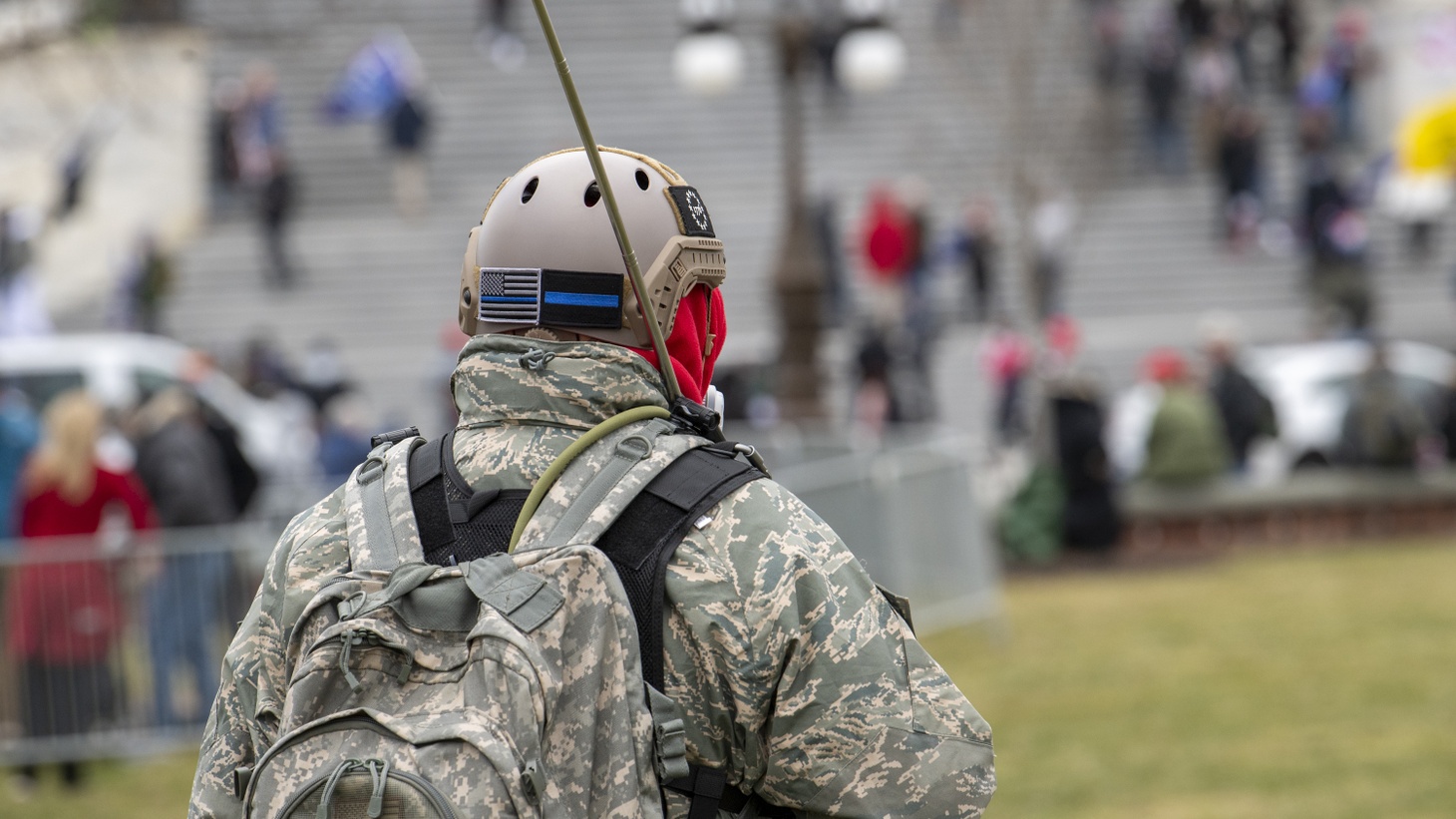 A man in a military-style outfit walks toward rioters storming the U.S. Capitol in Washington, D.C. as the U.S. Congress meets to formally ratify Joe Biden as the winner of the 2020 presidential election on Jan. 6, 2021. Photo by Jasper Colt-USA TODAY.

Thursday marks the one-year anniversary of the insurrection at the U.S. Capitol, when hundreds of supporters of then-President Donald Trump violently tried to overturn the 2020 election by stopping Congress from certifying the results. One year out, the Justice Department has charged around 700 people for their involvement in that attack, and at least 80 of them have a military background. What has the Pentagon been doing to combat extremism within its ranks?