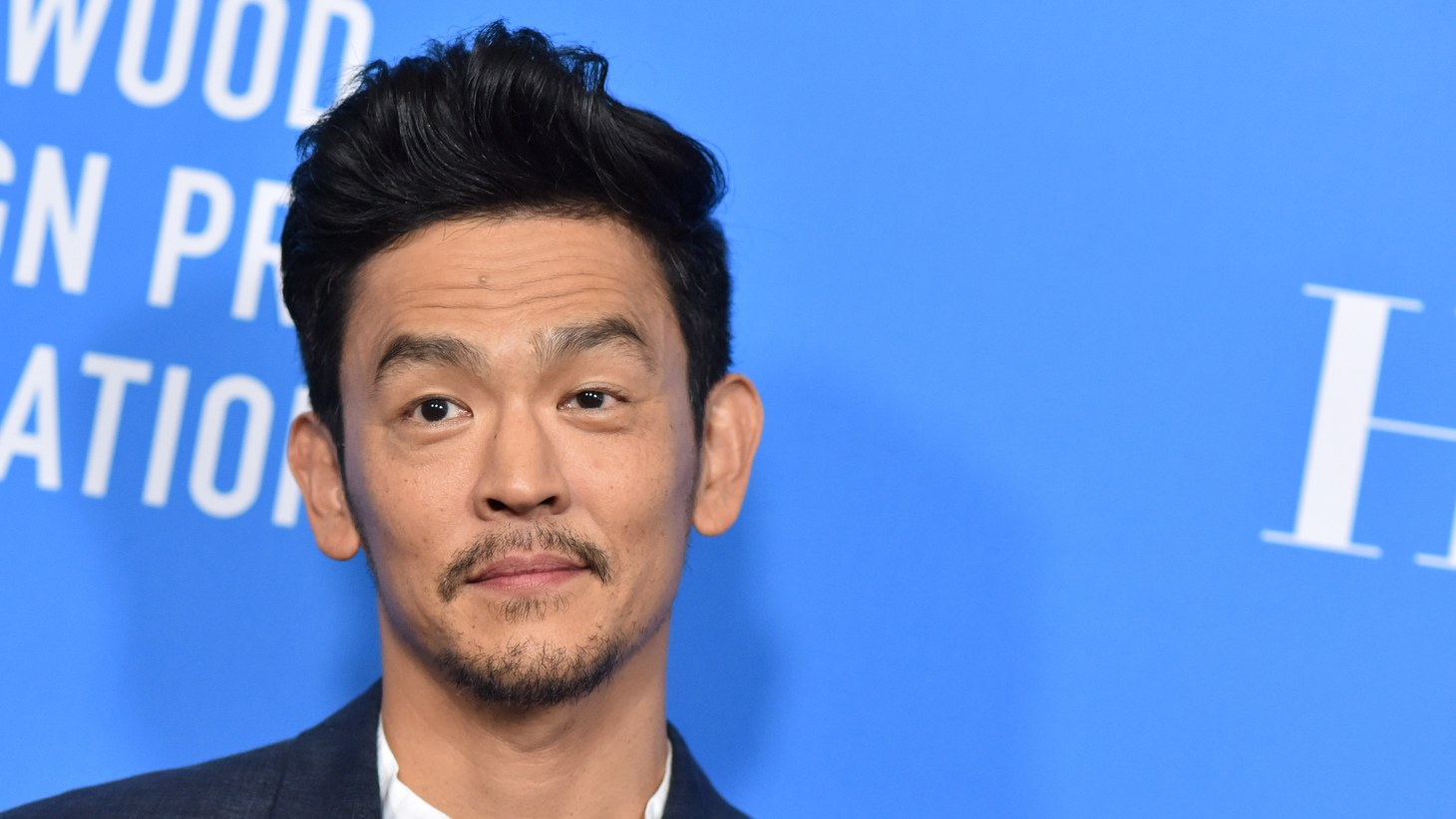 John Cho arrives to the Hollywood Foreign Press Association’s Annual Grants Banquet on August 9, 2018 in Hollywood, CA. In “Troublemaker,” Cho says he tried to create an empathetic Korean American family, with father-son love at the core of the book. Photo by Shutterstock.

In actor John Cho’s new kids’ novel, “Troublemaker,” 12-year-old Jordan Park and his parents are navigating the first day of the 1992 LA Riots. They’re immigrants from Korea. His mom and dad own a liquor store in South Central LA, and recently had to deal with him spraying graffiti on the walls of his church and cheating on school tests. The book is based on Cho’s personal experiences — he was born in Korea and raised in LA.

Cho tells Press Play that he originally intended to write a fun mystery novel, which was what he read at age 10-12. However, the pandemic hit, and as he was sheltering at home with his wife and kids (who are now ages 13 and 9), they watched the Black Lives Matter protests and reports of anti-Asian violence.

“My thoughts drifted back to 1992. And I think it was the attempt to explain what was happening to our children that made me wonder what the LA Riots might have been like through a kid's eyes.”

He says he tried to create an empathetic Korean American family, with father-son love at the core of the book, and setting it during the historical riots would hopefully prompt questions and discussions among readers.

The symbolism of guns

In “Troublemaker,” Jordan sneaks out of the house on the first night of the riots so he could get a gun for his dad, who he believes could use help defending himself at the liquor store.

​​When writing this part, Cho says he thought about the image of Korean Americans that most people remembered from the riots, which was men standing on rooftops, using rifles to defend their stores. “It seemed like a gun had a place in their home. And eventually, we concluded it was honest. We tried to do it as responsibly as we could.”

He adds that his kids were already thinking about guns since they had to do active shooter drills at school.

Plus, “Jordan is a proxy for so many things — adulthood and responsibility and power. … I was just remembering, also, how romantic guns seemed to me and my friends when we were young.”

The book also brings up Latasha Harlins, a 15-year-old Black girl who was killed by a Korean store owner who falsely thought Harlins was shoplifting. The owner got a light sentence and no jail time, which enraged the Black community.

Cho says his family thought this was a tragedy for both parties. And in the book, it’s a defining incident: “The dad used to have a gun at his store, and the day Latasha is shot, he brings it home and essentially retires it. But Jordan happens to know it's in the closet, and decides on April 29 that he should have it in his hands again.” 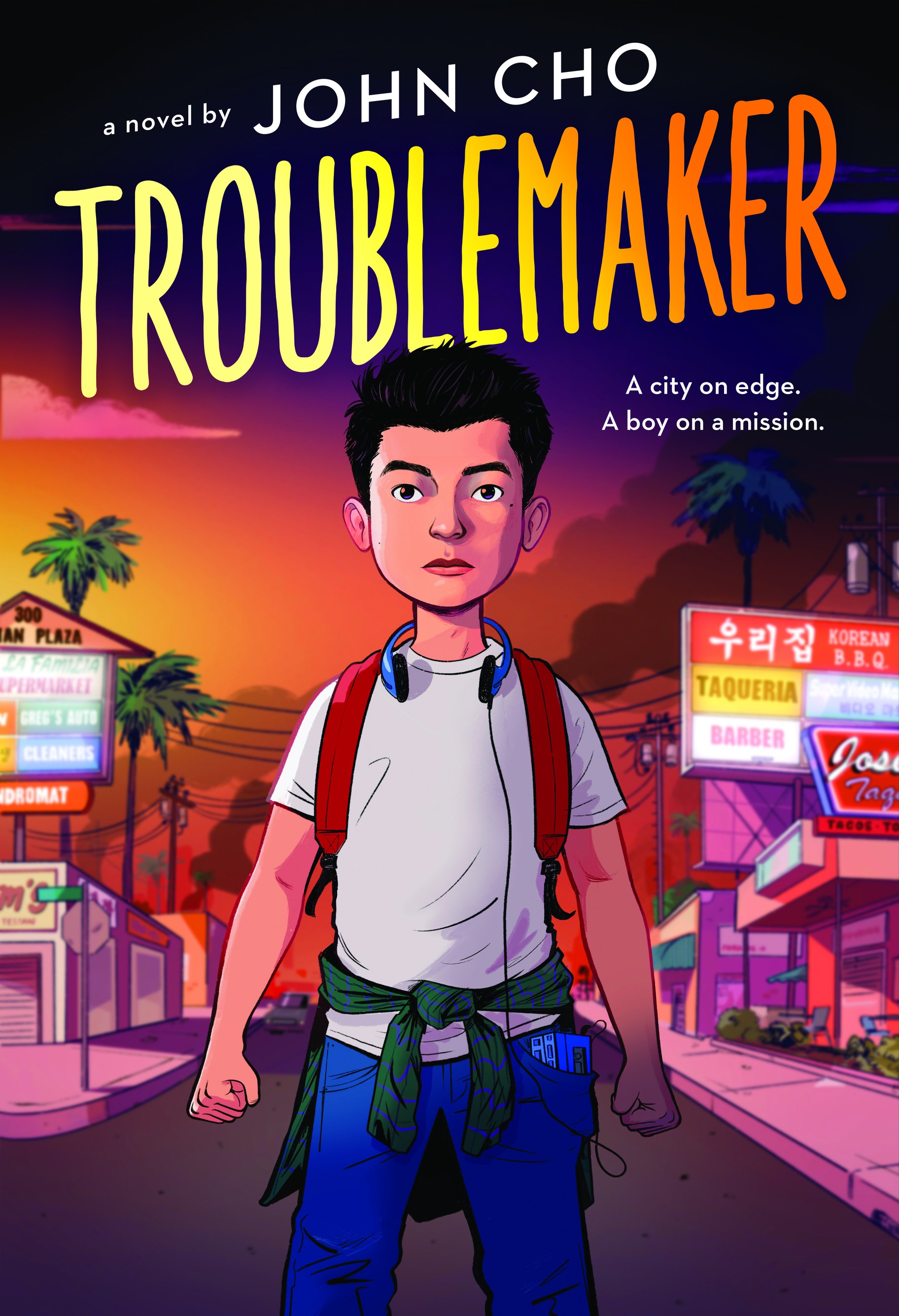 “Jordan is a proxy for so many things — adulthood and responsibility and power,” John Cho says of the lead character in his book, “Troublemaker.” Credit: Little, Brown, and Company.

Should they have stayed in Korea?

Later, Jordan’s dad questions if moving the family to the United States was the right and safe decision, given the constant danger of police brutality. Did Cho’s own parents wonder the same thing too? He says he’s heard them talking — even bickering — aloud about it.

“It was difficult for me, even at a young age, to not wonder what would my life have been like had I stayed in Korea?”

However, now, Cho says he considers America his home.

In the book, Jordan meets an older Black man and a Latino man who help him through the night. But unity among different cultures and races is more fraught in real life.

“Maybe it's a work of fantasy or wishful thinking. … I just wanted Jordan, as I was thinking, ‘Who is he going to meet that night?’ … I wanted it to be a contrast to the news reports that whipped him into such a frenzy that he made this ill-advised decision. So whoever he was going to meet, I wanted it to be one-on-one encounters, and to be a kind of understanding that was the opposite of what he was watching on the television,” Cho says.

Reception among his own kids

Cho’s kids have read the book, and he says they told him “good job” and gave him a thumbs up.

Cho admits that he might have written this book for his 12-year-old self rather than his own kids.

“This is the kind of book that I would have appreciated when I was that age. And I think they have a more open line of communication to their parents and their teachers than I did at the time. And in my imagination, I would have needed this book more than them.”

California Congresswoman Karen Bass talks about her plan to house 15,000 homeless Angelenos, and why LA needs a nonviolent approach to alleviate crime.

Netflix’s shares dropped by nearly 40% today, and on Tuesday, the company announced it lost subscribers for the first time in more than a decade.

“Troublemaker,” a new kids’ novel by actor John Cho, follows a 12-year-old Korean immigrant and his parents on the first day of the 1992 LA Riots.

Happy 420: How to enjoy cannabis edibles with the right dose

Cannabis edibles are on track to outsell smokeables. Here are recommendations for THC-infused gummies, chocolates, and beverages to find the perfect high.