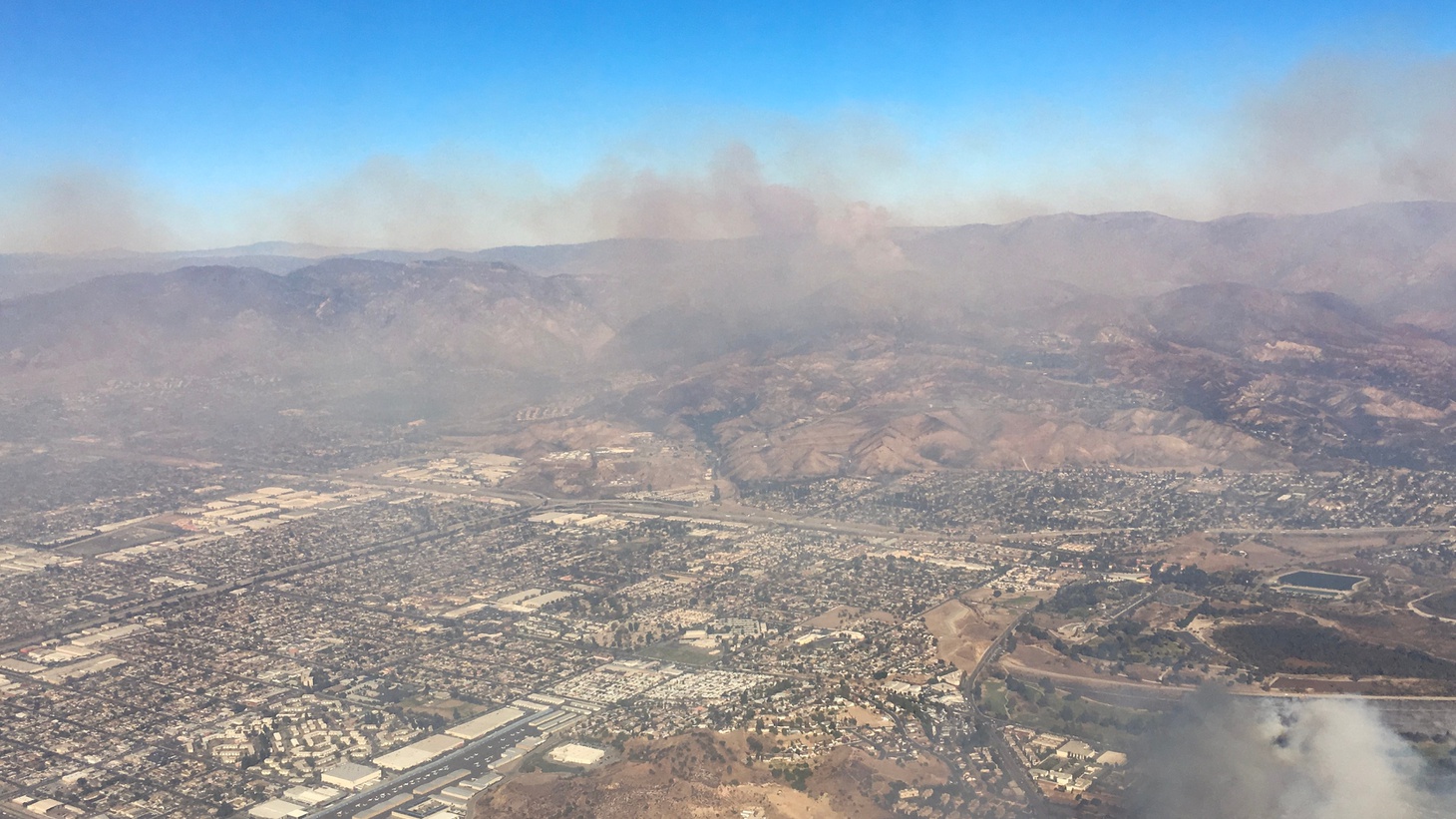 Wildfire smoke rises in Los Angeles. It’s a form of particulate pollution that can cause heart attacks, strokes, and premature deaths. Photo by Shutterstock.

Cities across California topped the American Lung Association’s new report on poor air quality. It found that 137 million Americans live in areas with bad air, and nearly half of the 25 most polluted cities are in California. That includes LA, Bakersfield, the Bay Area, and Fresno.

California is seeing extreme levels of particle pollution and ozone pollution, driven in part by wildfire smoke, says Will Barrett. He’s the national senior director of advocacy and clean air for the American Lung Association.

“Almost every county in the state of California [is] receiving a failing grade and having a worse, or a higher, number of unhealthy particle days,” he explains. “On the ozone side … we know that about 80% of the smog problem in California comes from the transportation sector. And that really speaks to the need to make an accelerated transition to zero emission vehicles, buses, and heavy duty trucks.”

Barrett says that both particle and ozone pollution are harmful to the human body. Particle pollution is made up of tiny pieces of dust, ash, and liquids that can get into the bloodstream and lungs. It can cause heart attacks, strokes, and premature deaths. Barrett says about 5,000 people die prematurely every year due to particulate pollution.

“We're also now dealing with this unfortunate, annual heavy dose of particle emissions with wildfires. And in fact, in 2020 … we had four of the five largest fires in state history. … That's where we saw a lot of spikes happen in the unhealthy air days and the worsening grades throughout the state of California.”

Ozone is a corrosive gas, he notes, and when inhaled, creates a sunburn-like effect on the lungs. That can cause  asthma, cardiovascular problems, and premature death.

Barrett says that Governor Gavin Newsom’s plan to phase out gas-powered cars by 2035 is a good first step to reducing ozone pollution in California, but more needs to happen.

“The passenger vehicle fleet is one piece of the puzzle. We also need to see a stronger rule on heavy duty trucks going to zero emission. We need to see additional rules on other sources of emissions that are also contributing to the problem,” he says. “The heavy duty truck sector is the dominant source within the transportation sector of California's ozone problems.”