The media mogul Sumner Redstone has resigned as executive chairman of his two major companies: Viacom and CBS. Redstone is now 92 and investors claim that his health has been waning for some time. But his resignation hasn’t ceased the conflict that surrounds his empire. His daughter, Shari Redstone was the only one who voted against the election of his Viacom successor, Philippe Dauman. She said she was advocating for Viacom’s shareholders, who are not happy with Dauman’s performance. And Redstone’s longtime companion, Manuela Herzer, is the one who filed the lawsuit calling Redstone mentally unfit. That’s some major drama. 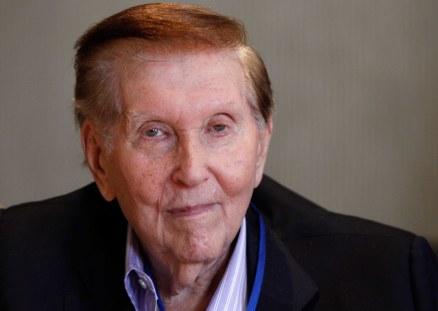 The media mogul Sumner Redstone has resigned as executive chairman of his two major companies: Viacom and CBS. Redstone is now 92 and investors claim that his health has...

This week’s tech news was all about social media. We talk to Xeni Jardin about “The End of Twitter,” an article in The New Yorker magazine last week that proclaimed the...

Up Close And Personal With George Miller

George Miller is everywhere. He was just selected as the head of the Cannes Film Festival jury, not to mention his latest film in the Mad Max franchise – Max Max: Fury...

Super Bowl 50 is taking place at Levi’s Stadium in Santa Clara this Sunday . Fans and attendees will descend upon nearby San Francisco this weekend to celebrate and...