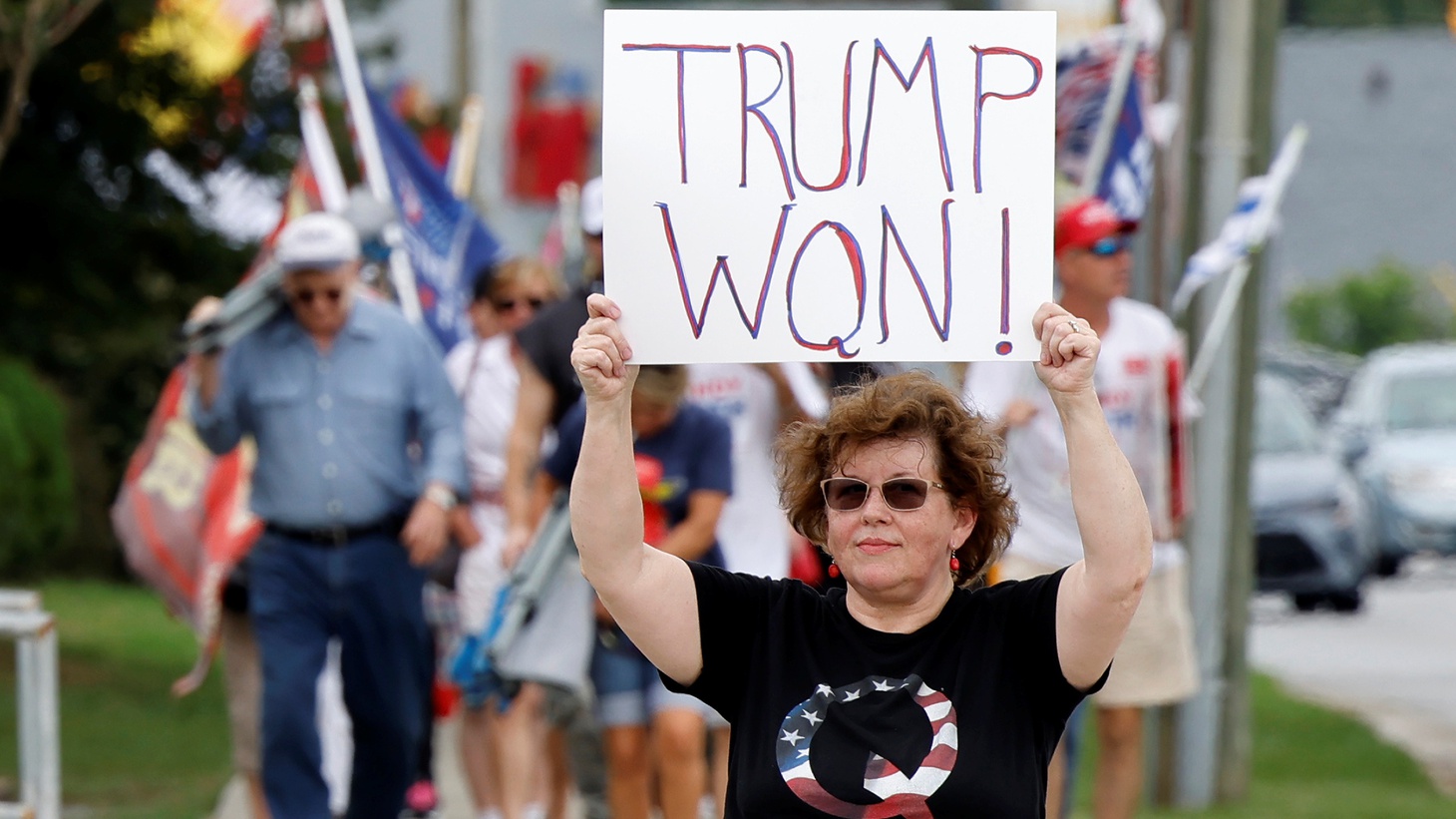 A supporter of former U.S. President Donald Trump wears a QAnon shirt while holding a sign stating he won the 2020 election, outside the North Carolina GOP convention in Greenville, North Carolina, June 5, 2021. Photo by REUTERS/Jonathan Drake.

As former President Donald Trump recently stumped for Ohio U.S Senate candidate J.D. Vance, his usual shouty, rambling speech shifted to a sermon-like tone. He described the “incredible journey” he and his followers were traveling together as “one movement, one people, one family, and one glorious nation.” As he spoke, many of the onlookers held their index finger in the air: a sign associated with QAnon, a fringe movement that combines conspiracy theories, with Trump at the center as an almost Messiah-like figure. QAnon is tied to the Capitol insurrection and other violent extremism, and the FBI considers it a threat. To what extent has Trump fully embraced this movement?

When seeing a doctor, each diagnosis, procedure, and service has a code. Those labels and classifications affect what insurance will pay for, but they haven’t kept up with...

During one of Donald Trump’s recent rallies, he appeared to embrace QAnon, a fringe movement that combines conspiracy theories, putting Trump at the center as an almost...

Masa is essential in a good tortilla. Where to get it, how to make it

Key to the perfect tortilla is the dough — masa. Jorge Gaviria has a new book out about the history of the ingredient, which he considers one of the greatest human inventions.