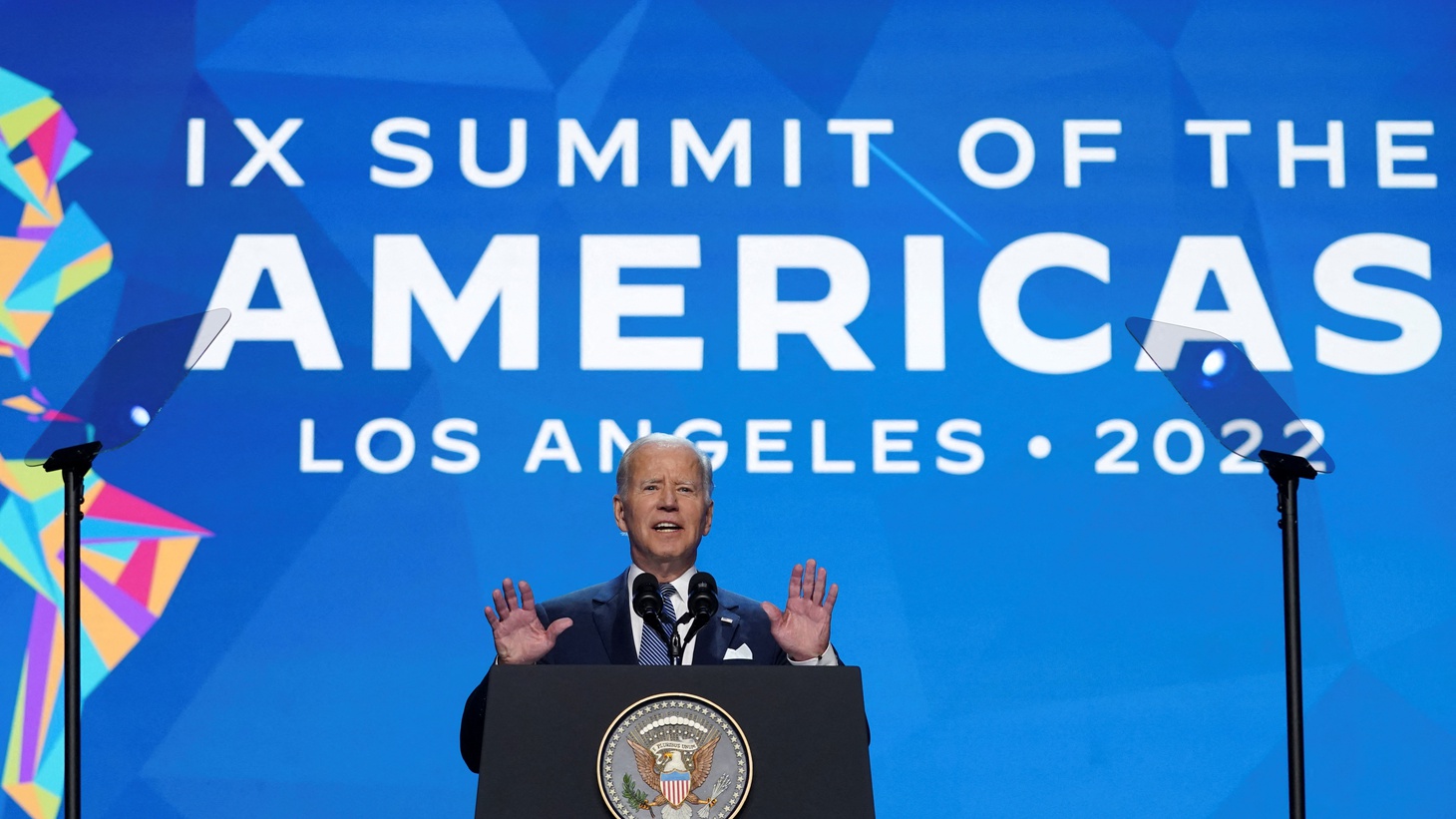 LA is hosting the Summit of the Americas, where President Biden is meeting with Latin American officials and hoping to reduce the flow of undocumented migrants. But the U.S. excluded Cuba, Venezuela, and Nicaragua due to human rights violations and lacking democracy. In response, Mexico, El Salvador, Honduras and Guatemala did not send their heads of state.

Countries in the region have said, “You can’t have a Summit of the Americas if you don't have all the countries of the Americas invited,” explains Carrie Kahn, international correspondent for NPR.

The question is: How do you talk about migration without relevant heads of state? The Biden administration has said it’ll discuss migration with robust foreign delegations in attendance, Kahn says.

She adds that Biden shook hands with lots of foreign ministers on Wednesday, but at summits, you need presidents there to actually make commitments, so it remains to be seen what will actually result from the gathering.

Meanwhile, President Kamala Harris says she's secured $3.2 billion from private companies that will be investing into Central America, and Biden has encouraged CEOs of corporations to do the same. However, Kahn says some people are skeptical that the money will materialize, and CEOs hesitate to put their money in an area struggling with corruption, supply chain problems, and coronavirus recovery.

As the summit unfolds, a caravan of thousands of Central and South American migrants is heading to the U.S.-Mexico border.

Mexican officials won’t let migrants leave Tapachula, a town in Southern Mexico, and when the number grows beyond containment, officials give humanitarian visas to migrants so they travel through Mexico, she explains.

“And so 6000 people in the small town just got to be so much that they let them go. And they start walking, and there was just a hurricane through there. … They are headed to the U.S. border. The Biden administration is still holding some of the Trump administratio hard politics at the border, where they're not letting people ask for asylum. We'll have to see what happens when they get to the U.S. border.”

A lot of the time, migrants don’t have asylum claims, and many are economic refugees, she points out. “You have to remember the pandemic was very devastating to Latin American countries, as it has been around the world.”

As President Biden attends the Summit of the Americas in LA, a caravan of of thousands of Central and South American migrants is heading to the U.S.-Mexico border.