Facebook co-founder Mark Zuckerberg testified before the Senate Judiciary and Commerce committees today. He answered hard questions on user privacy and the Cambridge Analytica scandal, which swept up data from as many as 87 million Facebook users without their permission. There was also the issue of fake news spreading on Facebook during the 2016 election. 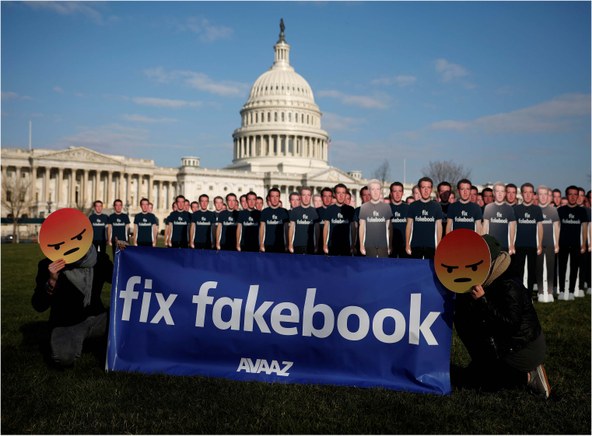 Dozens of cardboard cutouts of Facebook CEO Mark Zuckerberg
are seen during an Avaaz.org protest outside the U.S. Capitol
in Washington, U.S., April 10, 2018. (REUTERS/Aaron P. Bernstein)

Trump's personal lawyer has his own legal issues

On Monday, FBI agents raided the office, home and hotel room of Michael Cohen, President Trump’s lawyer. It’s a tactic generally reserved for lawyers on the inside of...

Diddy, Dr. Dre, and Jay-Z are the three richest American musicians in any genre, according to the latest Forbes ranking. Their fortunes have little to do with their music,...

Molly Ringwald has written an essay in this week’s New Yorker, in which she looks back at her teenage self through her adult eyes.