There was a time when Los Angeles was turned into one giant unified space - the 1984 Olympics, considered one of the most successful in Olympic history. Now that Boston dropped out of the running to host the 2024 Summer Games, the baton could be handed off to Los Angeles. So what made the 1984 games such a success? In part, a triumph of design. 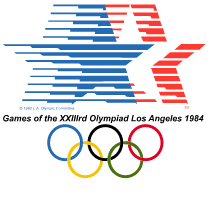 The Life and Governance of American Cities Film Reviews Oct 30

Netflix has a new parental leave policy that’s generous even by cushy Silicon Valley standards. New moms and dads at the streaming video service now get up to a year of...

The L.A. County jails have been full of mentally ill inmates for years. Conditions are deplorable. and a rash of suicides in recent years prompted a Department of Justice...

The L.A. city council voted unanimously yesterday to impose stricter storage regulations on gun owners. In an attempt to make it harder for kids to get their hands on guns,...

Public spaces can make or break a city. They’re escapes from the relentless urban pace and help bring people together. They are town squares that make communities out of...

There was a time when Los Angeles was turned into one giant unified space - the 1984 Olympics, considered one of the most successful in Olympic history. Now that Boston...